Be Excellent To Each Other 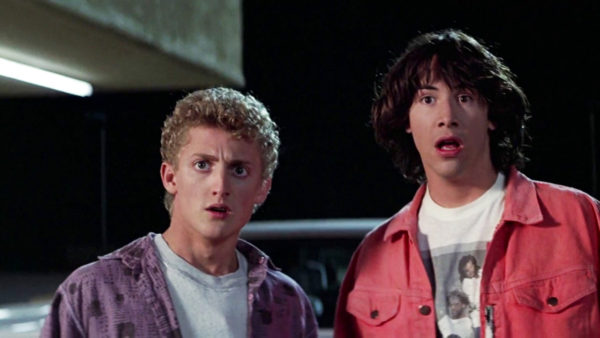 If an empath were to visit this land, he would find himself assaulted by waves of doubt, pain and fear. He would probably die. And on the surface, nothing would change: the machines would churn, people would attend jobs, the speeches would continue. Maybe there is something new on cable.

An empath, or one who instinctively feels the emotions of others, would pick up on what is invisible in this land. On the surface, he would see shopping and wealth, but underneath he would tap into the vast reservoir of doubt, self-hatred, misery, confusion and lack of purpose that savages the people here.

Walking into a modern office, he would see (on the surface) industrious activity. Beneath it, he would tap into the discontent, the fear of losing jobs, the need to stay until midnight to compete with others in the eyes of management, and the general boredom and lack of purpose. It would sicken him.

Going past a school, he would intuitively understand the fear of the future, the perceived insanity of adulthood, and the instability of people for whom social role is always in flux, and never accepting. He would understand the children who hide, drop out, take drugs or otherwise self-destruct.

If you asked him if he was in Heaven or Hell, he would opine that he was in neither, but a state closer to the latter.

This brings us to the movie that helped define the Generation X outlook: Bill And Ted’s Excellent Adventure, a story of two innocent youngsters who re-assess history through the question of what is excellent. They find that their time is diseased and in need of a cure, mainly by pointing it toward excellence.

Through that portal, this otherwise mass culture trash movie touched on something we all understood: we cannot fight the many sources of decay like enemies, but instead, must find a positive goal to reach for that will pull us past all of the confusions and dysfunctions of our time.

Generation X grew up in the shadow of the 1960s. Their sexual morals meant that we were latchkey kids. Their politics meant that we were afraid to idolize anyone but the poor and angry. Their control of government meant a society choked in red tape where no one is happy.

In the measurement of history, societies are not “at” places so much as they are going in certain directions. For example, a society is either heading toward a higher state, or plunging to a lower one. There is no stagnation, so this is a binary choice. Which direction is our society pointed toward, do you think?

When Bill and Ted said to be “excellent” to each other, it forced interpretation upon us. “Progress” is a substitute for heading upward as a civilization. Cruelty, stupidity and sabotage are both human failings, and tendencies that are encouraged by civilizations going downward.

This gives us two definitions of excellent. The more popular definition is a variety of “nice,” meaning to be friendly to each other. The more serious one means to ensure that we are all in places where life makes sense and we feel comfortable because our society is moving upwards instead of downward.

One definition in other words, is social, while the other is consequentialist or results-based. We cannot have both, so one must be chosen. This forces us to select sensations or outcomes, and this divide strikes at the core of the human question. We must find our goal.

In an expanded view, to be excellent to others, one must choose what puts them in the best place for the rest of history. That is: they are situated in such a way so that the fear and terror is gone, and they are given a life they understand and in which they can excel. This removes every concern but the self and its direction.

In a Bill and Ted universe, every ethnic group would have its own space and control over the standards there. People would not go to war over class, but accept differences. There would be fewer people so that nature could experience excellence as well. Jobs would be shorter and limited to the minimum requirements, not make-work.

This type of existence seems as foreign to us as living on a faraway planet, but it is within our grasps. Bill and Ted nailed the core issue: we must decide to be excellent first, and then we can figure out how to implement it. This requires an entirely different approach to life, but one that might lighten our hearts and give us hope.