End Of The Growth Economy 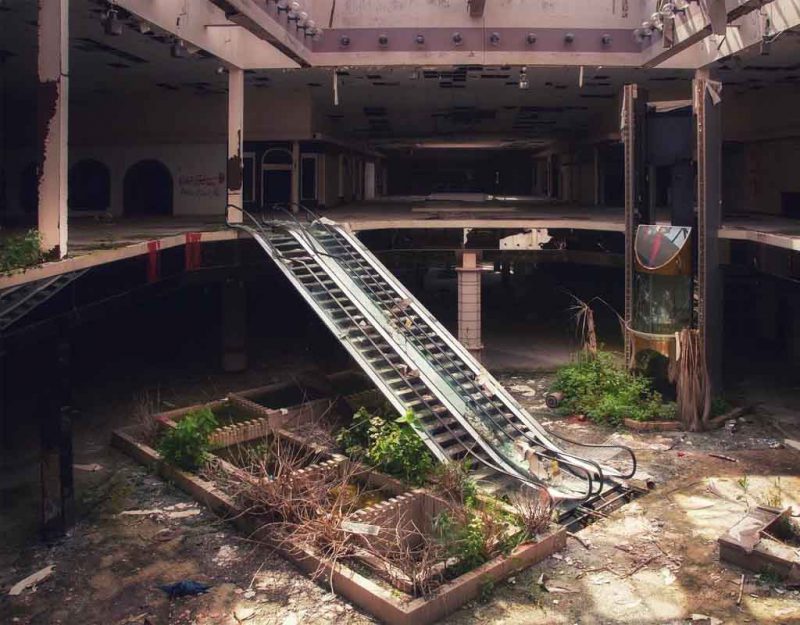 No one can blame you for being depressed. You live in a wasteland without culture or standards. You are surrounded by ethnic Other, political Other, blockhead denialists affirming middle class values like working hard to pay entitlement taxes, the insane, religious fanatics, and revengeful Leftists.

Little holds your society together. With its social and cultural dimensions effectively consumed by civil rights, which promote the desires of the individual over any structure to unite individuals, it has become an open-air marketplace where political special groups war it out for supremacy.

We see this around us and despair, but we should not, because it is failing as we speak. Liberal democracies worldwide are out of money, their institutions failing, and rising social unrest mirroring that of the Soviet Union before its fall. Nothing works anymore; everyone “works” too much.

Even more, an impending ecological catastrophe is encircling us with its morbid arms. Thanks to liberal democracy, humanity has exploded across the globe, creating ugly technological urban centers wherever it goes. Pollution rises, fish stocks fall, species die, toxins accumulate.

The wasteland we see is fading away because people no longer believe in it and therefore, there is no unified force behind it. Everyone is getting anything that they can while they can, but they know that the whole show is going down the drain and there will be radical changes.

We recognize on some level that our modern lifestyle cannot be sustained; it is killing us, not just with its toxic byproducts, but through the misery that seems shared among most people now. Jobs are jails, working to pay taxes and avoid living in a ghetto.

Some time ago, it was popular to talk of a third way or middle ground between Leftism and Rightism. Little did people know that we were living it, a hybrid between the market socialism that uses high taxes to pay entitlements and the reckless capitalism spurred on by loss of culture.

Those together resulted in the “growth economy,” or one based on constantly adding more value. It turns out that when you take out a third of the money and redistribute it, the system works poorly, so you have to prop it up by selling debt as an asset, and this demands constant “growth.”

Our wise politicians have created growth through the “broken window” fallacy, which holds that if you break a window, someone must be hired to fix it, therefore the economy has “grown.” Most jobs are make-work created by a maze of government regulations, taxes, lawsuits, and unions.

Humanity has created not the ultimate system for governing itself, but the ultimate method of suicide. This death comes slowly through boredom, frustration, and a general lack of existential wellness. We are so focused on avoid bad things that no one has remembered to make good things.

We got here because we kept everything that did not outright fail instead of designing for the good. When you are a democracy, getting consensus becomes so difficult that people give up on the good and settle for limiting the bad.

That has now run its course. The spasmodic censorship, ideological fervor, and riots show us a system imploding. Fear not the current time; think toward what comes afterwards, since this system is a dead man walking and no one can save it from itself.