End Of The American Century 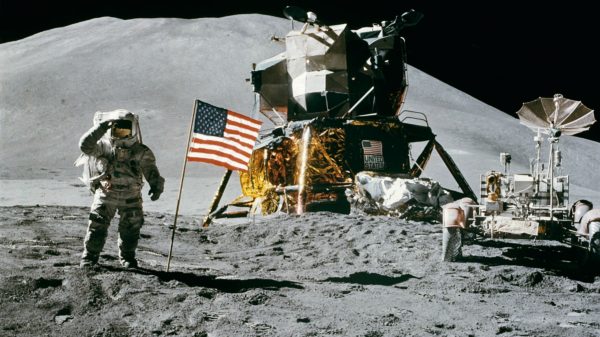 Even Reuters notices that the USA has fallen from proficiency with its agenda of Leftism and corresponding methods of miscegenation, equality, tolerance, diversity, feminism, LGBT prominence, immigration and sensitivity:

The United States, at first reluctantly, has since the 1940s taken on the responsibilities of a hegemonic power with increasing enthusiasm: nowhere has that posture been more â€œâ€˜rock solidâ€â€™ than in Europe. The Europeans have done their part â€“ most (not all) are members of NATO, and contribute to its force levels. But most â€“ including the major states of France, Germany and Italy â€“ pay less than the agreed 2 percent of GDP on defense: the United States put in $650 billion in 2015, 3.61 percent of GDP. The Europeans are not free riders, but they are easy riders. The ride has suddenly become rougher.

Europe, with Britain (2.21 percent of GDP spent on defense in 2015) as a partial exception, developed a worldview in keeping with its modest defense spending. It was a â€œpost modernâ€ view, one which transcended both the nation state and the multinational empires of the 19th and early 20th century â€“ the last of these, the Soviet Empire, collapsing in the 1980s, seeming to put a last full stop to an era.

…Yet, like children unable to give concrete forms to their dreams, European leaders have taken only the most hesitant steps towards closer union. The growth and popularity of the nationalist parties of the right almost everywhere has imposed a kind of stasis on the continentâ€™s politics: the hope is that in Dutch, French and German elections this year the nationalists will be defeated and the progress towards closer union re-started.

In other words, it is Americanization versus Nationalism.

Let me tell you a story: once upon a time, some very smart guys saw the writing on the wall. As a result, they accepted that future, but tried to limit it with some clever words, rules, laws and principles. Those failed, however, because their core principle was not reality (cause-effect) or tribe (our people first) but universal concepts, like human reason, which were not specific to any time, place or group at all.

Those universal concepts make us feel good. If the rules are broad, we are included by something stronger than reality itself, which is the logical rule formed in linguistic tokens… or at least, our brains think this. In fact, these rules are as flimsy as anything, being formed of words which depend on their hearers interpreting them correctly, which is not binary but a matter of degrees, therefore erodes with time.

As a result, these concepts always dominate. They take over human societies over time. Unfortunately, this also destroys those societies because these concepts are based on human internal mental truths, not external reality. And so, human societies succeed and have the power to determine reality, and after doing so, self-destruct because reality is a mathematical order that can occur within, not just an external place.

Americanization is what happens when those concepts — universal inclusion, equality, individualism and personal validation — are taken up by those who realize that these concepts are nonsense. Just as the founding fathers tried to limit the nonsense, modern Americans are opposed to most of this stuff, but are forced to accept it because they agree that all people are equal and should be given a place in our society.

This means that Americanization is a weaponization of equality. People see themselves as equal, and therefore that Bad = Good, meaning that if a person does something and it is not a gross transgression like murder or rape, it can be accepted as valid right alongside acts that we know are good. This is necessary to make everyone feel included.

The process of Americanization results from this equal inclusion. It is not tied to a place, or a group, but to an idea which spreads like a virus among people because it makes them feel good like heroin. Equality means pacifism, acceptance of the individual, and a cessation of the need to struggle against reality to assert our will to live. It is death enclosed in a candy shell.

Nationalism says the opposite: we are not all equal, and each nation needs to find its own path based on self-interest. Even more, we are not equal within societies. We all serve different roles toward that same purpose, and this requires each society to exclude all others but itself so that it can discover its purpose. This offends our sense of including everyone and being peaceful. Instead, it makes us into warriors.

When Nazi Germany and the Soviet Union fell, it was assumed that Americanization beat them. In reality, they were beaten by sheer numbers in the former case, and by the instability of an insane ideology in the latter. Americanism has never been tested, but under Barack Obama, it became a parody of itself and now has fallen.

We thus return not to the world of 1945, but to the world of 1914. There is no way of government and lifestyle that is universally acceptable. Instead, it is every nation for itself, and those that find commonality with others on the basis of principles which cannot be superseded by politics — like ethnicity, race, culture and religion — will prevail over the rest.

This is a new Dark Age. All that we thought was “Enlightened” turned out to be lies, and all that we considered primitive proved to be correct because it was the simplest possible expression of a natural idea. Our notions of “correcting” nature failed, and what we found instead was the wisdom of nature, replacing Americanization, Leftism, liberalism, tolerance, equality, diversity and other emotional symbols.