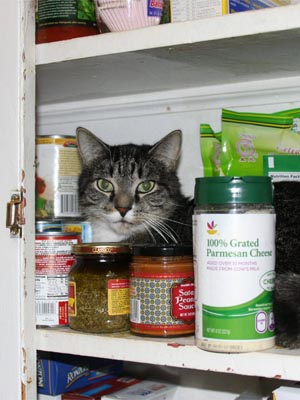 Quotations often appear, around here, and one of the more illuminating sources seems to be Arthur Schopenhauer. He had an especially good one, as you will see…
But what also often appears, is a tendency to view historically-quoted sources as final, and absolute. Iâ€™ve never understood this tendency. Itâ€™s as if everything that can be known, or understood, is already known and understood.
End of road.
I beg to differ. That goes against evolution. Things either improve, or stagnate and wither. The only things that can hold their own, against entropy, are those perfectly evolved things, that need evolve no further: sharks, crocodiles, mareâ€™s-tail ferns…
I think most readers would agree that us humans could stand quite a bit more evolution. If not, then – really – we all might just as well go home, and call it a day.
So here is my updated and modified rendering of Herr Schopenhauer:

If olâ€™ Arthur had known that, you can bet he would have written it.
Because transcendence is the next stage in human evolution.
Why? Well, letâ€™s see…
Weâ€™ve been here, done this, taken it all as far – and a good bit further – than we can, and could.
Now it doesnâ€™t work any more, and neither do we.
Look around, and you will see this. Even leftists know something very wrong is happening.
But being leftists, they are unable to entertain the possibility that they might have had something to do with it. But, still: they suspect.

It all started out innocently enough. But the same could probably be said of The Black Death.
A few cuddly immigrant rats, a bunch of tiny fleas. Or whatever the hell it was, that got it all going.
The small and harmless-looking, often proves deadly in the end.
So we flocked, didnâ€™t we, to the movies. Silent Flicks. Talkies. Westerns. It was fun, wasnâ€™t it?
The indians were bad, the cowboys were good! Werenâ€™t they?
Japs and Huns: evil! Limeys and G.I.s: courageous and bold! Right?
Abusive husbands: nasty! Battered wives: precious!
George Bush: antichrist! Obama: Jesus!
Muslims: peaceful! Christians: crazed extremists!
And on, and on, and on…

The media is a lot like a vector of disease. It works in the most unexpected of ways. We welcome it into our homes, and sit, rapt, before it, while it delivers its lethal payload.
And it all seems so harmless.
Because it infects us below our conscious threshold. On the level of emotion.
Crying, hollow, miserable black child-face: send money.
Furry animal with big moist eyes, headed for extinction: send money.
Breast cancer: send money.
Interested in politics? Join party: Send money.
Lonely? Review your â€œmatchesâ€: send money…
Unless you want to feel like a total reject.

When emotions get involved, reason goes out the window. Along with balance.
And what is balance, anyway? Aha!
Balance is so difficult to achieve, and still more difficult to maintain, that few even try for it. So much easier to just crack another beer, smoke another joint, get another lay, and just forget about anything noble and worthwhile.
But we are not just any one thing, or any one state. We are human:
Good and bad. Weak and strong. Warlike and peaceful. Wise and foolish. Gross and Divine.
All of us, are all of it. And for good reason. This enormous pool of capabilities is what got us where it has, while getting us where we are quite soon going to go, without attending to balance.
And balance is impossible to achieve, or maintain, while emotions rule the keep.

And thus it is emotion that is the final, mortal enemy.
This thing so many of us believe â€œmakes us humanâ€, will, indeed, make us extinct.
You want freedom? Then start fighting back against your own emotions. Because you, whoever you think â€œyouâ€ actually are, are helplessly in thrall to your emotional responses.
Unless you are not.
And, whether you can see it yet, or not: when you are free of these chains, once and for all, youâ€™ll understand what freedom really is. Not something you demand from others, but the state that you, yourself, manifest.

We are what we are, whatever we are, whenever we are whatever it is. A state. Changeable, like the weather.
No wondrous new society is going to suddenly appear out of nowhere.
You are it, and you have your part to play.
Prepare yourself. Balance. Remain balanced.