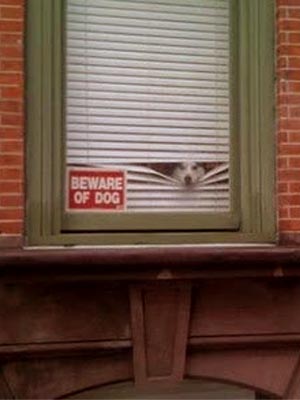 Imagine that late at night, you could glide over this city. Start at your home and work your way inward, toward the gleaming center of the city.

Look how these buildings thrust off the earth and rise. They scream an immortality at a sky they believe to be empty and thus uncaring. Paradoxical but powerful (like television: it makes you feel active when you are the opposite).

Glide out over the suburbs, then into the outer burbs. Notice how each person has a home and children. Do they want them? They don’t often seem to: they hit them or control them, as if they were problem employees and not valued family members.

But now each of them wants its own family, and each wants its own suburban paradise, two cars and four televisions and eight computers.

Float into the city then and let us look at some tenements. They tower over the busy streets. You might think: poverty, or a long grinding struggle against want.

Instead, there is no want here, at least of the little things. Alcohol, cigarettes, drugs, sex and violence rock the inner city. Not because these things are the only activities; because they are the activities that drive one into the ghetto instead of rising to a better level after free public schooling and easy early jobs.

Go over the lush treetops and you’ve reached a luxury neighborhood. Here people are “rich,” insofar as they’re mostly doctors, lawyers, architects, business owners and speculators. But they are working late into the night, busily barking orders into phones and filling out papers.

Yet they do not seem much happier, since they are essentially enslaved to their jobs, and snap out of it when they retire and then wandering around grumbling, angry at the lack of purpose forced upon them by not having a job.

On the sidewalks, people jostle for position, oblivious to each other. Each is thinking I-ME-MINE I-ME-MINE as they talk on phones, buy things, and toss their weight around at their jobs. Every person wants to be above others; to push them down and feel the rush of being above.

Instead, the research shows that many students are involved in “social combat” — a constant verbal, physical and cyber fight to the top of the school social hierarchy.

“Kids are caught up in patterns of cruelty and aggression that have to do with jockeying for status,” explains Robert Faris, a sociologist whom “Anderson Cooper 360Â°” partnered with for the pilot study. “It’s really not the kids that are psychologically troubled, who are on the margins or the fringes of the school’s social life. It’s the kids right in the middle, at the heart of things … often, typically highly, well-liked popular kids who are engaging in these behaviors.”

Faris, along with the co-author of the study, Diane Felmlee, also found that bullies, whom they call aggressors, and victims are not defined roles, but in many cases, they can be the same person. The higher students rise on the social ladder, the more they bully other students, and the more other students bully them.

What is striking is that most of these people are wholly incompetent, on the order of 90-98% of them. They are competent for basic tasks they have seen before, but when it comes to making the difficult decisions about what should be done or could be done, they either refuse to play or indulge childlike fantasies of equality.

The entire city is a single soul, one that has sold itself to screaming “I am important and you are not” for a brief moment before darkness engulfs it. You see it in how they walk, how they act, and the choices they make. They are raging with self-importance.

However, they do not do this for its own sake. Rather, it is a projection, or a symbolic action to conceal from others (through distraction) their real motives. Inside, they are hollow, lost and angry; outside, they know they must push back the world or it will submerge them.

Equality brings us a grand kingdom of never being able to do anything but keep our heads above the masses, and it too makes us self-important and narcissistic, but now, because we have something to hide — we know that such a civilization cannot last. It does not have long now.