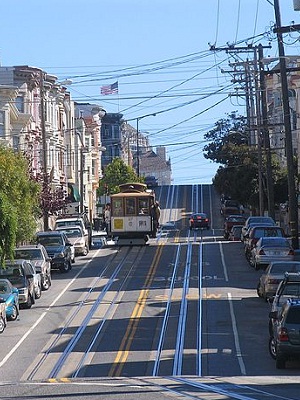 Recent news from the West (US, UK and Western Europe) has not been encouraging. The level of weirdness is up, and a strange silence has fallen over the biggest issues.

Part of this is the election year, some of it is Euro-zone collapse jitters, but underneath all of these surface manifestations there’s a darker fear. That fear is that our nations have undergone

Across the industrialized West, there’s a sensation that this recession is not a momentary blip but a permanent adjustment by which our economies shrink in size and value. We fear that our futures will never be as bright as they were before 2009.

2009 showed us the culmination of the policies of the past two centuries and possibly longer, since what happened in the last two centuries took millennia to distill to a focal point as happened in 1789. But with the egalitarian revolution in Europe, based on the idea that all people and their choices have equal validity in rejection of natural selection and consequences of our actions being important, we embarked upon a new course in the West.

This course went through many permutations. At first, it was regulated with strong leadership and capitalism, but starting in the 1930s, it hybridized right and left to make a new people’s party that embraced both consumerism and a welfare state. This was its perfected form, like the final stage of a deep and fatal infection.

However, as of this decade, we have run out of ways to modify our new beast. We can go communist, try the Swedish social welfare model, or try to go right, but these options are known and not inspiring. We’re out of maneuvering room. This is why 2009 is the year when we recognized that the structure of liberalism, and not just the methods we were using to achieve it, was unstable.

In the meantime however the damage is done. Our economies are not worth what they once were, and our national standings are no longer what they could have been. In addition, we’ve depleted our standing with the following policies:

When we talk about a permanent downgrade, this is the nature of the beast: a society that was once worth real money because it had its act together and was going somewhere, thanks to two centuries of liberalism, now is worth less because it has no goal other than infighting, internal plunder and eventual collapse.

The People(tm) were for centuries happy to be bought off with bread and circuses. Now the bill is due, and it has converted liberalism from “the fresh new way” into the old, calcified, unresponsive and cancerous order that drags us into the past.

For this reason, although the downgrade is painful, it serves a positive purpose. We know what did not work, and we know that we need to cut ourselves free from it if we are to ever gain altitude again.

Metaphysics of War: Battle Victory and Death in the World of Tradition by Julius Evola | An eternal religion: an introduction