An eternal religion: an introduction 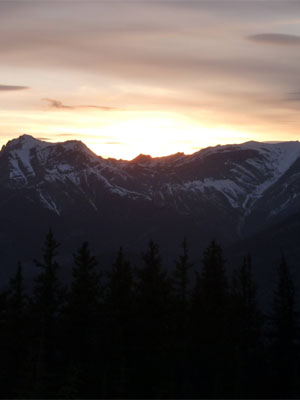 Christianity, broadly speaking, had a lot going for it.
In addition to a lot more it didn’t have going for it.
The Ten Commandments were something worth adhering to, and remain so.
The Creation was a belief worthy of consideration: for from nothing was created a something, and a something that fully encompasses everything we know and will ever know. That’s some something.
The Garden of Eden, and events that transpired, within, must remain a core concept. The tree of knowledge, and the misfortune that awaits he who eats of itâ€¦

Knowledge, then, is something to be very wary of. But what, exactly, is this ‘knowledge’?
No more, no less, than one thinks one knows.
It is, in itself, intangible, and lacking any sort of life of its own.
It does not, in fact, even exist.
We only ‘think’ it does.
Knowledge is a purely mental construct, depending upon mental manipulations, eagerness to accept, and perspectives built upon other perspectives.
The mind goes to work on an idea, and does whatever the mind does to it, before decreeing it to be ‘known’.
Which actually affects not at all whatever it was that the mind was working on.
So much for knowledge.
A better substitute, by far, is observation followed by interaction-with.
See that apple? It looks good but is poison. How do you know this is true? Eat it and find out. ‘Bye: nice knowing youâ€¦
Some things are better taken at face value, observed, considered, evaluated by what is revealed about it, and added to whatever experience we may have.
When God says “Do not eat that apple, for you will surely die”, then probably that is good advice.

And when God creates you, to ‘tend’ The Garden, then probably that is something you might take at face value, too. That is your job. Your reason for existing, at all. In fact, to not tend The Garden is more than likely to ensure that either you will no longer exist, or that you will, in some way, exist less than you might have.

But we look at things, now, in a larger perspective. What is ‘The Garden Of Eden’?
All of nature? That would seem sensible to accept. And what does all of nature include? Everything. Including you. You, then, are also The Garden, and The Garden is you. Tend yourself, or go to weeds and dust.

So what do we have?
Simplicity and clarity.
We have God. We have The Creation. We have The Garden.
What do we not have?
We do not have ‘me’ as separate from everything else.
In fact we do not have a ‘me’ at all.
Instead, we have It. All of It. And this All includes the tiny part that is no longer known as ‘me’, but as a tiny part of The Whole. With a clear purpose: to tend It.

Consider these things, and see how they fit.
Try them out.
See that the separate ‘you’ is purposeless and futile.
See that in concert with The Whole, the ‘you’ is The Whole, itself.
In part, and yet in entirety.
The Holy Paradox of life.
This, in brief, is The Religion.

Downgrade | The war is over