Do Not Date, Mate With Or Marry Leftists 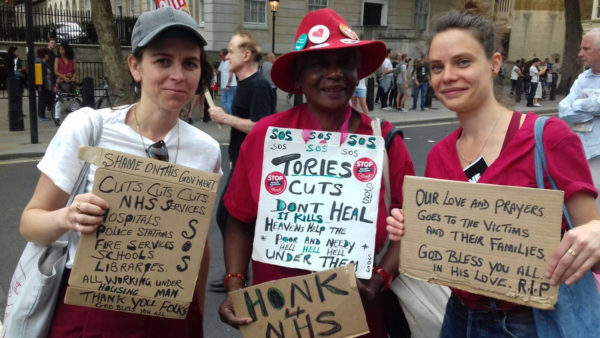 In its never-ending attempt to scare people away from being conservative, the fake media unintentionally discovered a good idea: Leftists and conservatives should not date, mate or marry.

â€œNot only are liberals signing up at a lower rate, but theyâ€™re also engaging less,â€ Match said in an email.

Match has a term for this: the â€œlove deficit.â€ And itâ€™s more significant under Trump than it was during Barack Obamaâ€™s presidency.

This is not surprising. A growing body of evidence suggests that political inclination is mostly genetic, which suggests that Americans may be splitting into two genetically-distinct groups:

The researchers found a strong link between the DRD4 gene and the studentsâ€™ political orientations. Specifically, the determining factor was one section of the DRD4 gene, where a sequence of 48 letters in the genetic code repeats between two and eleven times. Study participants mostly had either two (2R) or four (4R) repeats. People with two copies of the 4R version of the gene were significantly more conservative than people with any other combination.

It is unwise to date Leftists for a number of reasons. You could end up with a baby any time you roll the dice on dating, and if the parents are incompatible, that child will grow up in a divorced or alienated household. Even more, Leftism — based on the lie that people are equal — seems to correlate highly with dishonesty, flightiness and other negative traits.

But in the long-term view, it makes the most sense for these groups to separate. If conservatives and Leftists stop reproducing together, populations will be created which carry on their views in their genes, ensuring that future generations are more likely to see the world the same way their parents did.

In addition, this isolates the Leftist population as a prelude to relocating it to the third world, where all of its most cherished ideas — equality, diversity, freedom, social welfare — are already in practice. Let the two groups separate. We were never meant to be together, and our incompatibility runs deeper than political viewpoints.