Sucker Of The Summer: Joan Walsh 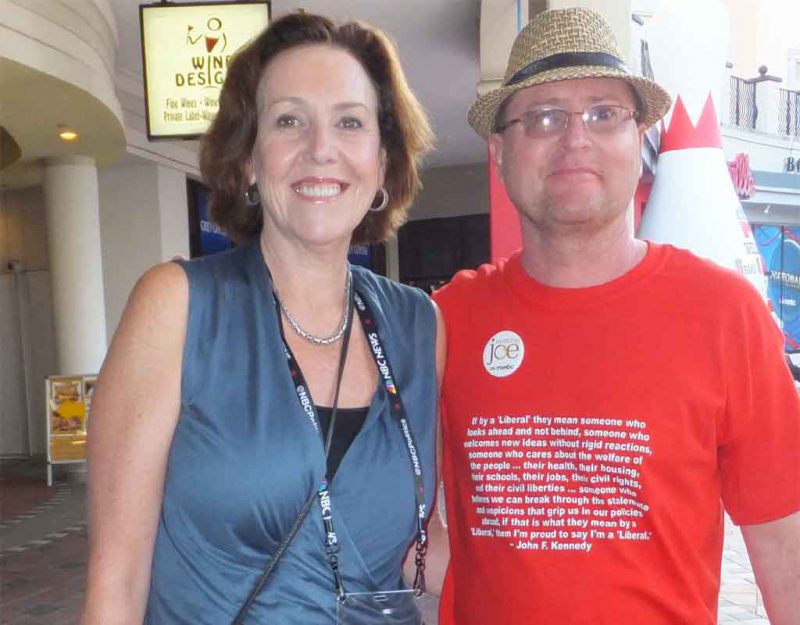 The very nice and very enlightened white woman, a staple of the American Left since at least the abolitionist movement, is steadily losing its utility. The exponential pace of the demographic transformation coupled with the anti-white purity spiraling of the Left is steadily displacing the very white women who helped start both of those things.

Like no one else, Joan Walsh embodies the liberal white woman’s fall from grace. She worked, in varying capacities, for Salon from its humble beginnings in 1998 until 2015 when she left to join The Nation. Her anti-white posturing has always been as bad as it gets. After reports came out that Trayvon Martin had called George Zimmerman a “creepy ass cracker,” she wrote an article called “Crackers, please. . .” wherein she stated matter-of-factly:

Who cares if Trayvon Martin called George Zimmerman a ‘creepy ass cracker’? . . . . No social order has ever been devised whereby African-Americans oppress people they deride as ‘crackers.’

The one book she has published came out on the eve of the 2012 election and is charmingly titled What’s the Matter With White People? Finding Our Way In the Next America.

Yet, for her nearly two decades of toil in left-wing media lambasting the GOP as racist and helping elevate Salon from a little-known online tabloid to one of the most popular leftist websites in the country, she doesn’t have much to show for it.

Walsh is a baby boomer and has always seen herself as an edgy radical, polemicizing against a Reaganite Goliath of a system. But the country has rapidly changed without her much noticing. Talking smack about whites with the aid of academic jargon and opaque social theories is no longer unique. Every private college in the country does this, talking heads on TV do it, even Democratic presidential candidates do it. The intra-Left battles of the 1990s and early 2000s between cosmopolitan academicians and conservative unionists are long over. The Blue Dogs are dead, and neither Jim Webb, nor a member of the Casey family are going to bring them back. Even a candidate like John Kerry, a white man with no focus on identity or immigration and a know-nothing attitude towards homosexuals and gender-neutral bathrooms, is unthinkable today, just half a generation after he very nearly became president.

In today’s Left, whites have to do a whole lot more than just signal against their own race. By-and-large, what that “whole lot more” has become is socialism. Bernie Bros promise not only social justice, but, relative to the neoliberals, increased economic redistribution—and less war, too. This is why Hillary Clinton failed to enchant Left Twitter or the leftist commentariat. Sure, she groveled on radio shows, said nice things about Black Lives Matter, and confessed her own white privilege—but much of the Left saw that as just covering the basics. Campus socialists in her position would have done all those obvious things, too, but so much more. She never talked about reparations, illegalizing hate speech, permanently opening the borders, or ending all drone strikes.

That’s what any current sociology student would have done.

Just like Clinton, Walsh fails to grasp how far off the deep end much of her constituency (or readership) has gone. Baby boomers remember Bill Clinton as a knight-in-shining-armor of the Left, the man who ended a twelve-year Republican hold on the presidency. Today, leftists know that Barack Obama can get elected twice, so they aren’t grasping for just anyone who can win.

Walsh is stuck in the days when Bill Clinton felt the (electoral) need to condemn Sista Souljah for pondering whether it was time for blacks to start killing whites. Today, college professors call for white genocide on Twitter and aren’t even banned from the platform, much less fired from their jobs. Walsh is also still operating on the outdated view that the majority of Americans are fiscally conservative, so only so much can be done to expand the welfare state. But decades of the far-left’s stranglehold on academia and the vindictive rage of the unemployed Rust Belt have completely changed that. Neither of those two groups see any reason why we can’t have what Scandinavia does. And just as for decades Democrats told their base that Republicans didn’t want redistribution not because of economic laws, but because of racism, the socialists now say the same of the neoliberals.

Furthermore, there are now enough prominent leftist non-whites that the number of anti-white whites the Left needs is steadily dropping. While the Left certainly likes ethno-masochistic whites, it likes anti-white non-whites even more. And now, for the first time, America has enough non-whites that fewer and fewer masochistic whites are needed in left-wing media. The Left still needs these whites to vote for the Left, but would rather them do so quietly, while non-whites comprise the public image of the movement.

The race for the top job at the Democratic National Committee was between a castizo and a black Muslim, and it is becoming hard and harder to imagine a way for whites to figure prominently in the leadership of the Democrat Party for the foreseeable future. The same racial pressures the official party faces apply to the party’s unofficial media organs, as well. The Nation, whose leadership is the overwhelmingly white and Jewish, has very deftly staked out its position in the left-wing media as pro-Clinton, but sympathetic to Sen. Bernie Sanders. Walking that fine line, however, hasn’t done them much good. That magazine isn’t nearly as popular as the very pro-Clinton website ThinkProgress, which is a project of Center for American Progress, a policy research organization headed by Neera Tanden, an Indian woman. Nor is The Nation as popular as The New Republic, which despite its neoliberal history is largely pro-Sanders now and headed by an Indian man. The Nation isn’t even considered the edgiest far-left publication anymore. That honor goes to Jacobin magazine, which is also headed by an Indian man.

Whether socialist or neoliberal, the Democratic Party’s future is non-white candidates, which will mean non-white media surrogates, as well. In elections to come, the candidate might by Julian Castro or Cory Booker backed by pundits like Joy Ann Reid and Ruy Teixeira. Or it might be candidates like Keith Ellison or Raul Grijalva backed by pundits like Maximillian Alvarez and Lee Fang. No matter the economic turn of the party, whites, “good” or otherwise, are increasingly out of the picture.

But Joan Walsh cannot understand any of this. She’s stuck in the America of the ‘80s and ‘90s where whites were still a supermajority and Bill Clinton was the only Democrat to get re-elected in a lifetime. Bernie Bros, who are the young and ascendant wing of the Democrats, regularly trash Walsh on Twitter and in print as a stupid, old, small-minded Clinton partisan. Her regular attacks on Sanders throughout the 2016 race have put her at odds with a huge swath of the leftist press, and those aren’t the sort of folks who forgive and forget. Non-whites can now occupy her role of trashing white America to a national audience—and they can do so better and for cheaper.

Of course, Walsh was instrumental in creating the very forces now displacing her. Now those forces are steadily gaining steam and completely out of her control, leaving her prominence with nowhere to go but down.

And for that, Joan Walsh is this year’s Sucker of the Summer.

Podcast Episode #8 | Do Not Date, Mate With Or Marry Leftists