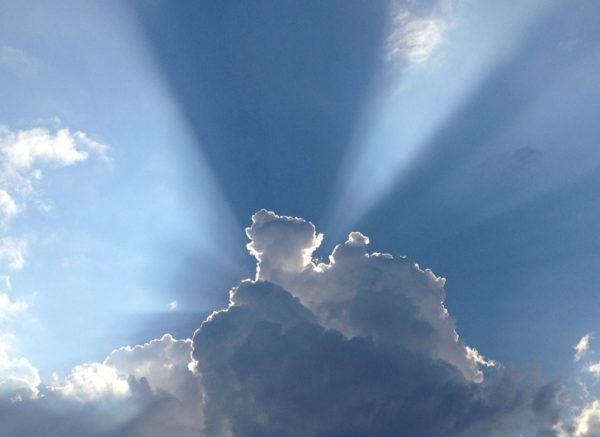 As usual, the media and academia get it wrong. Here they are babbling on about “transcendental thought”:

You can lose yourself in love, or feel awe watching a lightning storm from your porch. You can get into a state of flow at work, or take a break from the rush of everyday life by meditating. And these experiences exist on a spectrum, as Yaden points out: There are â€œmajor transcendent experiences,â€ where your sense of self completely dissolves and you feel at one with the universe â€” which is what Janeen experienced. And then there are more everyday experiences, like when you step outside of your head while listening to a beautiful piece of music, taking a walk through the woods, or attending a religious service. According to Yaden, most people have had some sort of transcendent experience at some point in their lives â€” and about a third of the population has had â€œintense experiences of unity.â€

For them, transcendental experience an experience of unity and being at one with the world. Where else have we heard this kind of language? 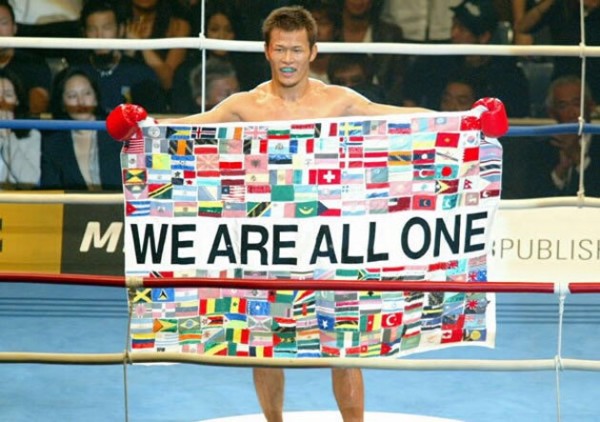 “We Are All One” is essentially pacifism restated. Instead of having conflict, which scares individuals because they might lose out, we declare everyone to be friends and then we can go about with our individualistic pursuits instead of concerning ourselves with the state of the world.

Conflict arises when people try to impose reality, and pacifism gets rid of this by declaring that it is more important that we get along than that we find out the right answer, so everyone focuses on making nice instead of making right. This allows the individual more time for their personal drama, shopping, hobbies, jobs and paychecks, addictions and compulsions.

Transcendental thought takes several forms, but what they have in common was expressed best by the American Transcendentalists:

Transcendentalism in America, of which Emerson was the leading figure, resembled British Romanticism in its precept that a fundamental continuity exists between man, nature, and God, or the divine. What is beyond nature is revealed through nature; nature is itself a symbol, or an indication of a deeper reality, in Emersonâ€™s philosophy. Matter and spirit are not opposed but reflect a critical unity of experience.

This follows from the linguistic concept of transcendence:

to rise above or go beyond; overpass; exceed

In other words, transcendence is recognizing the meanings of things beyond the obvious, usually implying a sense of understanding the order of the universe to the point where it makes greater sense that our immediate worries and fears, which are based in personal and material confrontations. It is the opposite of “we are all one”; it is an understanding that conflict and horror are necessary parts of life, but that through them, a better state is achieved, even if we are personally terrified of what must be done to get there.

This is a central concept in almost all philosophy, including much that is not religious, because it enables us to understand our world and then regain a position of being active in it, instead of withdrawing from fear of confrontation with its darker sides. Currently, our society is entirely withdrawn, sustained by a steady diet of freedom, pluralism, individualism (i.e. no obligation beyond the self), narcissism and… pacifism.

Our media and academia, in the distinctive style of all Leftists, has inverted the definition of transcendentalism from understanding the operations of life to rejecting those for a humanistic conceit, namely the notion that we are all one and therefore, conflict and struggle are not necessary.

Do Not Date, Mate With Or Marry Leftists | How To Survive Working For The Sex-Starved Cobra