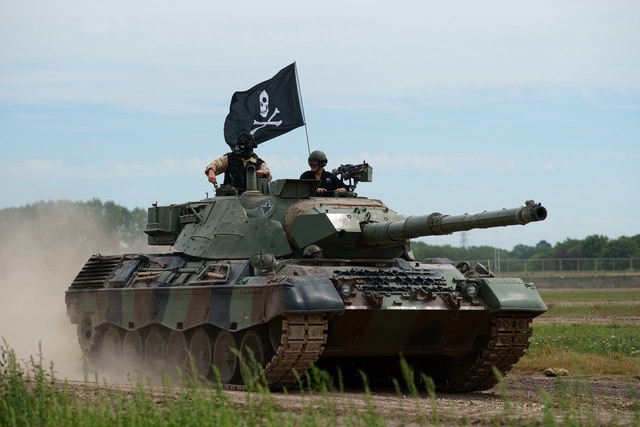 As we come out of the mental fug of a Leftist era, we find ourselves wondering what our options are. There seem to be many “isms,” but all of them distill down to variants on one of the two big themes. Unfortunately, most do not understand these, or only understand the part of them that was most recently expressed.

This points to a crisis for conservatives, who have a much more complex philosophy. Many conservatives have no idea what it is:

We truly took conservativism for granted, and yet collectively we canâ€™t explain it.

To unravel this dilemma, we must go back to the birth of “Right” and “Left” in the French National Assembly after the Revolution of 1789, the ensuing mass murder and lawless persecution of dissidents, and failing of essentially all of the programs of the new government.

In the National Assembly, those who wanted to make the new way work sat on the left, and were called Leftists; those who wanted to conserve all of the best stuff from before the Revolution sat on the Right. This made the Rightists hybrids because they could not fully advocate what they wanted, which was for the Revolution to fail, and instead were bound to compromise with it and try to find individual solutions by which Right-leaning persons could continue to live as they wanted within the system of freedom, equality, and pluralism erected by the Left.

228 years later, we got our answer: this is an impossible desire.

That historical event gave us a definition for the Left. The Left has one idea, and it is both the core of every subsequent idea and the ultimate goal to which they are implements. The Left is egalitarianism, or the idea that all people are “equal” instead of having a natural hierarchy where some are more fit to rule than the mob.

Leftism naturally implicates utilitarianism, or the idea that what most people believe will make them happy is the right course of action. When people are presumed equal, this is the only basis possible for making decisions, because to do otherwise would be to affirm that some people are more right than the others. That contradicts the notion of equality.

For the Left, everything they do and even themselves are means to the end of implementing total equality. This constitutes a Utopia for them, and they believe it will solve all human problems because it is a form of pacifism, or elimination of conflict by removing its presumed cause, which is different social status between humans.

The Right is defined by a simple threshold: it is not egalitarian. You cannot be both egalitarian and a conservative; egalitarianism is what we made a compromise with, against our interests, not one of our goals. When we talk about freedom, it is as a compensatory inferior solution to keep the Left out of our lives and pockets, not a goal in itself.

Unlike Leftism, Rightism does not have one single theory, nor does it believe in Utopia. It can be defined in a simple sense as historical empiricism, or a belief that humans have never changed nor ever will, and so we can look to past results to see how any given action will turn out. This allows us to choose our actions by their likely outcomes.

If Rightism has a method, it is the case-by-case basis. We do not believe in broad, overarching theories which are applied generally to specifics; we believe in specifics, from which we ascertain certain principles which can guide interpretation of other case-by-case instances.

We also believe in moral principles where they exist in parallel with the practical. Since our fundamental approach is to look to past results, we are consequentialists who look at outcomes instead of abstractions, and so a moral principle without a practical counterpart strikes us as empty theory.

In addition, we tend to believe in logical analysis and logical fact, or a study of where different ideas contradict in order to know what is compatible, instead of data which we know is skewed by human interpretation. We reject the difference between subjective and objective; all is subjective, and some know more than others.

Where Leftism is messianic and evangelical, our approach tends to be naturalistic and impersonal. We are not individualists because we believe in an order higher than the individual, usually a parallel of the order and hierarchy of logic, nature, and the divine. We see the divine and the natural as two manifestations of the same idea.

Our belief also tends toward the transcendentals or ideals that are beneficial in any situation and also never fully achieved, such as the classic triad of “the good, the beautiful, and the true.” We like things that are in parallel good, beautiful, and true. We aim for those, knowing that we will never fully attain them and will always fall short.

Conservatives do not trust the human being. In our experience, the primary goal in life is to become mentally clear and sane, but very few people undertake this and even fewer get very far in it. Because people have different abilities, everyone has a different capacity for perception, with some far above the rest.

We also recognize that moral character is as important as force of intellect. Most people are not very honest; they do what is convenient for them and then invent arguments to make it seem like what they are doing is good. This achieves bad results, which is why most of humanity is impoverished, disorganized, filthy, and opportunistic.

To fully become a conservative, an individual must purge himself of all egalitarianism. It is not just wrong, but a distraction and a path designed to apply palliative mental care to those who are failing. It leads us away from the questions and directions that we should be exploring. Leftism, then, is merely error to a consequentialist.

In short, Rightism is Realism while Leftism is Individualism. An individualist believes that the individual human is the highest measure of all things, and everything else — nature, social order, logic, even the gods/God — must serve the individual as means-to-an-end. This denies the possibility of meaning in life, which is found through connections at a level higher than the individual. It also causes us to rationalize, or reason backward, from what we have to what we then adjust our presumed “goal” to be.

Most likely, one in twenty conservatives understands more than a trivial amount of this. If we wish to prevail, we must make those five percent ascend above the rest, and the remainder of us should then follow their lead, because that way we are not a disorganized mob but a reflection of the type of society we want.