How Troll Groups Like The GNAA Launched The Alt Right 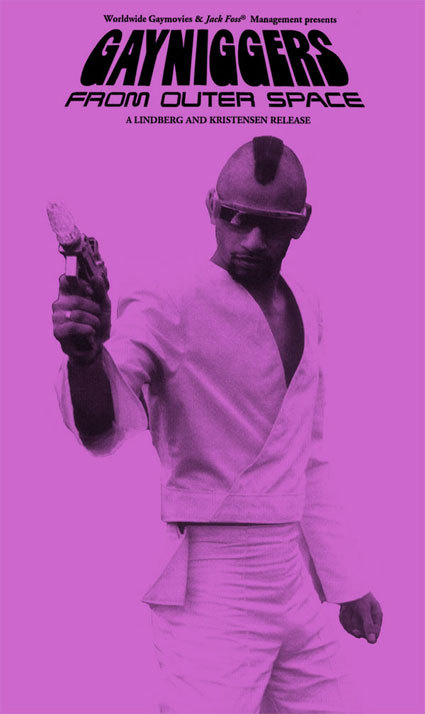 Back in the hazy days of the early 2000s, a number of troll groups emerged as technically-savvy internet users woke up to the flood of “normies” around them who were clueless and yet opinionated, which made them ripe for “trolling.” Trolling is the process of provoking your enemy into revealing his hidden intentions in a humorous way.

These groups provided a template for the Alt Right: instead of taking your opposition seriously, and debating them on their terms, destabilize and disrupt by revealing the weakness at the core of their arguments that relates to them and their personal motivations. In other words, troll them.

Many of these troll groups embraced the last taboo in postwar Western society, namely far-Right politics. Their view was that whatever this dying society endorses is wrong, and whatever makes fun of it and tears it apart is right. This method proved effective in giving the Right cultural momentum on the internet and beyond:

But after doing research, one could speculate that influence trolling got its start through far-right groups starting in the 1990s, and through the early 2000s, around the time 4chan and the GNAA were created.

4chan, the infamous imageboard site started by Christopher Poole, would go on to be the breeding house of trolls looking for a reaction and to influence others with disinformation.

Many prominent internet cultures began on 4chan, including the hacktivist movement Anonymous, the alt-right, Pepe the Frog memes, and rick-rolling.

The GNAA, for example, featured users with colorful handles like “Penisbird,” “Contextualist” and “gasjews” who were active in spreading National Socialist memes as a way of pointing out the ludicrous, failed, and pointless nature of everyday life.

This worked because National Socialism, along with racism, and open promotion of violent homosexual rape, tends to “trigger” people or get them to react without self-control, at which point they reveal their actual intentions as people inclined toward attention whoring and moral preening.

GNAA attacked many ludicrous aspects of our society, including bronies, Twitter, Jews/CNN, WordPress, Slashdot, Kirk Johnson, Hurricane Sandy, SJWs, Apple, GamerGate, and other targets that needed to be debunked.

Some have observed that this modern trolling finds its origins in 1990s USENET culture but seems to have weaponized what at first was just frustrated vandalism into using mockery as a weapon of changing mass opinion. Possibly for this reason, the GNAA is listed as a Right-wing extremist terrorism group. GNAA first gained famed for posting this screed on Slashdot after its trolls:

GNAA (GAY NIGGER ASSOCIATION OF AMERICA) is the first organization which gathers GAY NIGGERS from all over America and abroad for one common goal – being GAY NIGGERS.

Are you GAY?
Are you a NIGGER?

Are you a GAY NIGGER?

GNAA (GAY NIGGER ASSOCIATION OF AMERICA) is the fastest-growing GAY NIGGER community with THOUSANDS of members all over United States of America and the World! You, too, can be a part of GNAA if you join today!

Why not? It’s quick and easy – only 3 simple steps!

1. First, you have to obtain a copy of GAYNIGGERS FROM OUTER SPACE THE MOVIE and watch it. You can download the movie (~130mb) using BitTorrent.
2. Second, you need to succeed in posting a GNAA First Post on slashdot.org, a popular “news for trolls” website.
3. Third, you need to join the official GNAA irc channel #GNAA on irc.gnaa.eu, and apply for membership.

Talk to one of the ops or any of the other members in the channel to sign up today! Upon submitting your application, you will be required to submit links to your successful First Post, and you will be tested on your knowledge of GAYNIGGERS FROM OUTER SPACE.

If you are having trouble locating #GNAA, the official GAY NIGGER ASSOCIATION OF AMERICA irc channel, you might be on a wrong irc network. The correct network is NiggerNET, and you can connect to irc.gnaa.eu as our official server. Follow this link if you are using an irc client such as mIRC.

These early trolls influenced the Alt Right along with other ideas like decentralization, radical traditionalism, human biodiversity, deep ecology, Michel Houellebecq, black metal, Carl Schmitt, Fred Nietzsche, and the Unabomber. Together they converted the far Right from a stodgy reactionary movement to a fast-adapting cultural warfare machine.

Many GNAA members, such as the infamous weev, live on in current Alt Right incarnations. Trolling may have peaked in the early 2010s when users became so credulous that they started accidentally trolling themselves, a phenomenon mirrored in the “fake news” of today. But as a method, and a characteristic of the Alt Right, the trolls still roll.

A Dreamer Shares Her Dream | Do Conservatives Understand Conservatism?