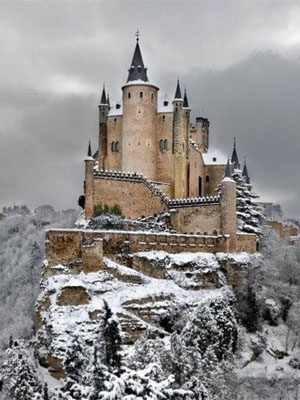 How do you tackle something as overwhelming as the Kali Yuga of modernity as a single human being?

For a long time, I choose to be cynical about it. I would tell myself things like: “It’s a good thing that our civilization is collapsing. Most people are idiots anyway.” “We are just being punished for our monumental stupidity. We deserve no better” â€“- and so on and so forth.

But as time went by, I realized that this was nothing but psychological defense-mechanism. By being cynical and distancing myself from the reality of today, I subtly avoided facing it. Instead, I would dream myself away to far away times, past or future. To a society ruled by nobility â€“- a world where stupidity was not tolerated.

And why shouldnâ€™t I?

After all, such daydreams were the only nourishment for that part of my soul which I still felt to be uncorrupted by the degeneracy of our times. As such, these dreams didnâ€™t just seem innocent enough â€“- they felt like the only innocence I would ever be able to experience, given the current state of affairs. But oh, how wrong I was…

By permitting myself such dreams of healthier times, I was able to live with my cynicism. But both my cynicism and my ideals were nothing but painkilling narcotics. They were means for me to leave reality behind.

Because I felt doomed to live in a world that I would never be able to relate to and because I found myself adrift on a sea of stupidity, surrounded by halfwits and morons, I, in my mind, felt justified in saying to myself: “Things should be different than they are.”

Thus I was in fact saying to myself: “Because the world is as it is, I donâ€™t have to accept it.” I was arrogantly passing a moral judgment on the world, thinking that I somehow didn’t belong here, in this world, among these people. I was better than that, I thought.

But alas â€“ it is impossible to even conceive of one without one’s world. The mere notion of it is as absurd as an idea of “up” without “down” or “inside” sans “outside.” Without the world there can be no Self.

So why was I judging my world as I did? An obvious answer would be “ego” — that I was desperately clinging to a false notion of myself as being somehow “different” and unique. Even though this was undoubtedly part of the answer, this still isnâ€™t the whole story. Something far bigger, more serious than just “myself” was actually going on.

I was running from the monumental pain and tragedy of our times.

Forgive me for sounding like a hippie or worse, but what Iâ€™ve slowly come to realize is, that I in fact feel a tremendous love and compassion for my fellow humans. That I have indeed always felt it, though it for a long time seemed too frightening for me to face it.

What am I getting at? It is hard for me to describe in words, because it first and foremost must be experienced: That there can be no great love of life without an acceptance of suffering and death. And I, in my former cynical misanthropy and dreams of better times, couldn’t accept the fact that modernity is nothing but the great human tragedy. That what we are living in today is nothing but the innate destructiveness of humanity carried to its logical extreme. I was running from my very love of life, of humanity and the world because I wasnâ€™t ready to accept that this entailed an acceptance of all that I hated and despised.

Life is nothing but a journey towards death. If we are to find a bigger meaning in life, we must first accept death, so we can move beyond it. Only through acceptance is it possible to catch a glimpse of the bigger picture â€“ something divine beyond the cycle of life and death. Something eternal.

So it is with the individual, and likewise, I’ve come to realize, with humanity.

If we are to move beyond the modern world with something of humanity left, we must move beyond our cynicism and mere dreams of better times. We must love today, and yes, even humanity as such, with all its stupidity, ugliness and cruelty. This means saying yes to it all, no matter how painful.

This is why Iâ€™ve decided to detox, and skip the dual painkillers “cynicism” and “ideals.” And now Iâ€™m finally beginning to see something truly meaningful and eternal beyond the ugliness of our times. And so, I invite you to join me â€“ for what I am starting to see cannot be described in words. It must be experienced.

1968 | Civilization consumes itself out of resentment