Civilization consumes itself out of resentment 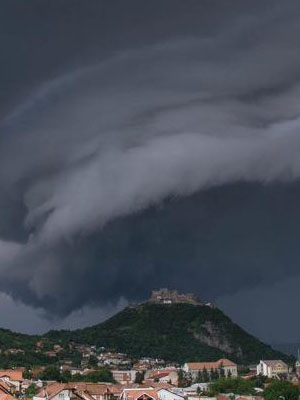 What makes society so destructive?

Day after day, we see our elected leaders making stupid and terrible decisions — with the consent and often encouragement of the populace.

Most seem to at best treat it as an amusing sideshow, and at worst, attempt to sabotage it by choosing nonsense answers and ideology.

Much of this can be explained by stupidity, but the greatest stupidities occur in groups, and they occur not from biological stupidity, but from people following the trend/fad/meme/paradigm because they are afraid (socially) to deviate.

People often seem to be egging the whole civilization on to self-destruction. This, with their children near them while they’re talking about legacies and sustainability.

Some say it is mortality itself. People, knowing they are dead letters after a certain time, rage against mortality by retaliating against life itself.

Others point out that civilization is a weakness incubator because it is based on the notion of an in-group, and once we let everyone in, we have to support them. That means letting them make choices and escape the consequence of those choices.

Eventually, this becomes pluralism, where we assume everyone is equally important thus let them choose whatever reality they desire to live in, and then clean up and send the bill to all of us courtesy of all of us. We call that “socialized cost” which is sensible since really, it’s social.

Most empires tend to peak shortly before their fall. Having gotten their acts together, they become highly efficient, and flood themselves with wealth. This separates individual decision-makers from reality, because they don’t cut their own firewood or grow their own food.

They either order other people around because they’re paying them, or convince them with salesperson language to do things for either personal profit (of the person being spoken to) or the “greater cause,” which if used most successfully is used to mask the personal profit motivation.

At that point, the empire is caught out in a state of believing its own press releases. It has no idea what reality is, and so it believes the hype. It thinks it can do anything, is “too big to fail,” and thus it starts gift-giving.

It bribes its citizens with rights, entitlements, bread and circuses. At some point, this causes it to be not a civilization with a single unifying principle (“We are Romans!”) but a commercial construct, i.e. I like living here because I have all these rights and money.

Even more, as the decay comes on, it comes on slowly. Most people think social collapse happens when the vandals are at the gate. This is convenient for them, as it allows them to do whatever they want without fear of consequences, up until the vandals arrive.

However, collapse really occurs silently. It occurs at that moment when society ceases to be unified by a single idea (“We are Romans!”) and instead becomes a place or thing that people use solely for their own self-interest. There is no loyalty there, nor any psychological benefit.

As a result, people turn dark instead, and instead of unleashing their constructive creativity, they become destroyers. Miserable, they destroy the civilization around them and consume it as it is consuming them. And because the virus that gets them is their own selfishness, they can’t stop until it’s way too late.

Take for example this:

In his monologue Oâ€™Brien mentioned the story out of the Census Bureau that deaths now exceed births among non-Hispanic whites in the U.S.A.

When they heard him say that, the studio audience broke out in cheers and applause.

I didnâ€™t get up from my chair to go look, but as I recall, Conanâ€™s studio audience is solidly non-Hispanic white. So they were applauding the decline of their own stock. – John Derbyshire, “The Joy of Ethnomasochism,” VDARE, June 15, 2013

That’s akin to people on the Titanic deciding that if the iceberg hadn’t done the job, they were going to go down to the hull and dynamite it, so the ship might sink.

If other nations held the clue to our future, they would have developed it there before coming here.

Our cognitive block here is the assumption that all people are equal, which means “identical” in the common parlance, and thus that we can just replace a whole bunch of our people with others and everything will be fine.

Even more, however, I think our people want to be replaced. They want to die. Just not now, but they want to know they destroyed this society. Because they hate it. They hate it for being weak, for being in a state of dying, for being a hateful place that sucks them in and makes them whores to money with no greater purpose.

So they go down to the hull and start hammering, blasting, even snipping away with toenail clippers, doing whatever they can to send the ship to the bottom. That way they can sit on deck as the cold water encroaches and say it was a shame that this “just happened.”

Look at an example of this mindset in action:

I suspect most trolls (and people who engage in e-debates in general) probably share a common personality type. They probably work jobs or live lives that are in someway unsatisfying. They want to feel special and crave attention and respect. They are highly dependent on the opinions of other people.

And this is really at the heart of the matter, a message board troll feels intense shame. It is shame that motivates him to shame others. – James Altucher, “Diary of a 5,000-hours-per-year Internet troll,” TechCrunch, June 15, 2013

It’s amazing how the truth is staring us in the face. Why do people sabotage and rage at others? Shame. Shame for being caught in this mess, for not having a way out, and for having their lives’ future course determined by it.

These people are better than the usual person, who compensates for a failing society by being as absolutely selfish as possible. Those are the true Nietzsche-described “last men.” They have traded their souls for trivial pleasures, like being the 400,000th person to climb Everest.

All of the suit and tie guy, grey world of city misery, ugly buildings and ugly jobs, boring meetings and dishonest people, interpersonal drama, passive aggression, etc. has a huge penalty. It’s the death of a thousand cuts. No act by itself is big, but together, they make civilization a hateful place.

And thus the last people who have the brains to notice this are conspiring day-by-day to destroy it.

Detox | Civilizations make rules, and rules are inferior to goals