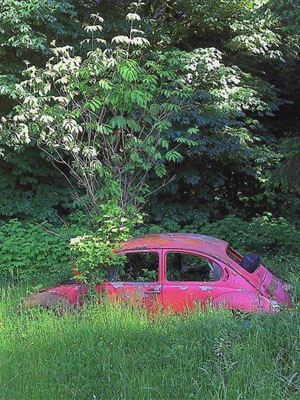 We all live in the shadow of the past because we are tied to the generation cycle. What people learn when they’re young is what twenty to forty years later they pass on.

1968 stays with us for a different reason. It is the ultimate form of the parent ideology that started in 1789 when we overthrew the kings, and figured that no matter what our competence level, as long as we are individuals we are autonomous. And if that forces society into pluralism, or a state where any outcome is tolerated because it reflects an underlying difference in opinion that must be maintained for us to be autonomous, then that social chaos is just the small price we must pay to all be free.

In 1789, the Revolutionaries in France threw out some ideas — equality, gender equality, internationalism, trade unions and subsidies — and made these the basis of a worldwide movement. Unlike previous thought, this was based in an ideal derived from what we “should” do, not a response to what is necessary.

This ideology grew over time, but it kept having to hide because each time it got power, unimaginable bloodshed and horrors resulted. The French Revolution turned into a murder fest, and thus unleashed on Europe a series of tyrants and wars. The Russian Revolution was just as bad and created instability in Europe and Asia. In the intervening century, wars followed wars as democracy tore down aristocracy.

In the 1930s, however, liberalism got its chance. The West was hopeless and miserable after the great fratricidal slaughter of WWI. People no longer believed in any of the old notions of reality. And then the great depression hit, taking a dispirited population of fatalists and giving them a material gripe. Many found meaning in the idea of fighting a great injustice, and decided socialism was the only “moral” solution.

They had to be quiet because as the true colors of Communism revealed itself, and socialist agitators blew up bridges across Europe, socialism was not popular. They had to take another route, so they adopted socialism as a social idea. It was no longer Marxism; it was a new notion of justice based on the simple idea of sharing what we had so everyone had some. This attacked the higher echelons of society where they were weak, which was in socializing with other people. These groups were generally internally-driven and thoughtful, not social.

World War II did not force their ideology underground, but mated it with patriotism. Suddenly, we were the right people because we gave everyone freedom, and we shared what we had. The Nazis were bad because they did not share, and did not support internationalism, which was basically a way of giving what we had to the former colonies. The powers that were adopted this new mantra of freedom/sharing without realizing how they were subverted.

The children of those who fought in WWII grew up in a new world. Liberal democracy was on top of the world, and yet the promises of equality were not yet being enjoyed. They went back to the 1789 template, and brought it around in new forms: civil rights, sexual liberation, drugs and acting bizarre. This made them feel like they were forcing the world into a new order.

1968 was the culmination of this wave. If you were born in 1944, you were 24 in 1968 — done with college, and not yet willing to enter a career. Entering a career meant becoming an adult, which meant accepting the waking death of life as social function in service to money. The new Socialists, who were now disguised as “progressives,” rebelled.

In doing so they created a kind of permanent ideology. Unlike others, this one is explicitly social. Are you nice? Then share the wealth. Fight for freedom. Make sure there is no social standard at all, and the exceptions become the rule, so that no individual is left out. Pluralism is the only rule, which means there is no right way and no right answers.

Almost fifty years later, we’re still living under almost this exact dogma. It has been accepted by the authorities, endorsed by the Establishment, and now is used to motivate us to do what it wants. In order to be accepted by society, we must prove we are good people, and we do that by slavishly repeating the ideology and working to make it real.

The tin drum is beat constantly even as social chaos overwhelms our institutions. Its advocates, trapped in its spell and paralyzed in the forebrain, cannot think of anything other than the post-modern equivalent to the Glorious Socialist Revolution. They repeat the message in entertainment, in news media, in the schools, through government agencies, etc. but most of all through conversation among friends.

In order to be part of society, you have to choke down this dogma and politely not notice where it conflicts with reality. The result is that as soon as you speak such an idea, you become weak because you’re endorsing non-reality. But this makes you weak like the others, so they accept you into their group. You can be weak together, and this makes you strong.