Democracy Chooses “Replacement Migration” As Its Method Of Suicide 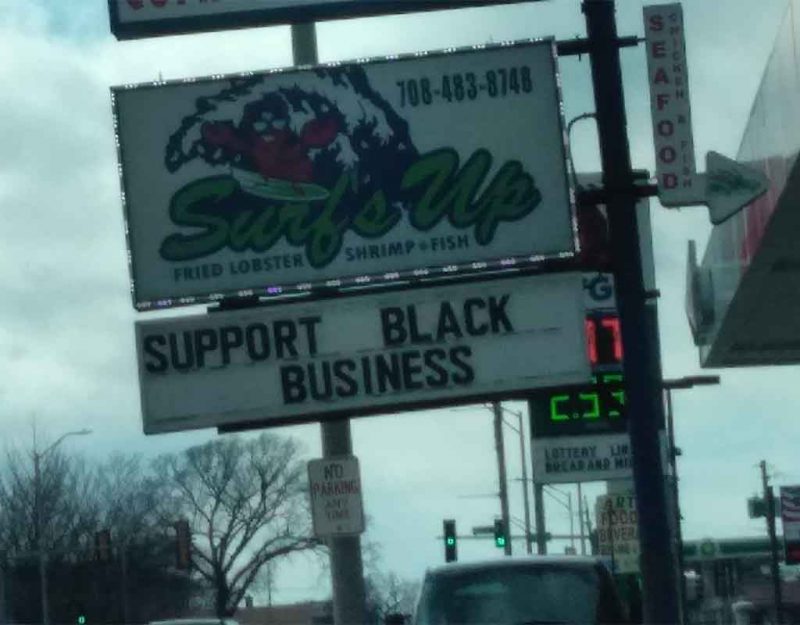 In Western Civilization, post-collapse continuation version, things are shifting at the base. It starts with the details, but when changes in details reveal a pattern, then one notices that larger change is not far behind.

From the long-term view, systems either unite or they disintegrate. That means that each system that you see is somewhere in the process of either becoming more cohesive or more divisive. Unity makes civilizations; disunity makes anarchy or the absence of civilization.

People find themselves bothered by the thought that you are either succeeding or failing at any time. In particular, this means that they never have reached a safe stable place where they can “just do whatever they want,” because no such place exists in nature.

However, the human urge for knowledge/power guarantees that people will push onward for “anarchy with grocery stores.” After all, knowledge and power are relative to those who wield them; the good do good with them, the bad do bad, and those in the middle also do bad, but not deliberately, simply through Dunning-Kruger Effect ineptitude.

When we are honest, we call anarchy by what it is, which is individualism, or a preference for the individual above all else (an “ism” is an ideological statement of highest principle).

This contrasts with natural self-interest, in which we remember that all things are self-interested, but that good people can use their intellects and personality self-actualization to become aware enough to choose that self-interest in balance with other objectives.

Individualism demands that each person be able to do what they want without having been judged for their choices. On the simplest level, this means that if we spend Friday lounging around the house in sweats, eating cold pizza and drinking Modelo Especial, we do not want our neighbors looking over in disgust and thinking, “Ew.”

To achieve that kind of universal acceptance and inclusion, so that no matter what we as individuals do there is no judgment, all standards must be abolished. This futile quest fails as soon as succeeds, because without standards, judgment is all we have to separate ourselves from the growing social chaos.

This enables us to hide behind pretense. Instead of admitting our individualism, we cloak it in altruism and universalism, saying that we believe that “everyone must be free” because this is a popular sentiment that short-circuits any common sense that humans have.

We saw this in Western history in the transition between peasant revolts, The Enlightenment,™ and the French Revolution. First the peasants admitted that they wanted power; then they hid behind the pretense of saying that everyone wanted power; and finally they seized power in the name of equality, promptly making their country a starving wasteland forcing themselves to militarize in the example that Genghis Khan brought over from Asia.

Two hundred and thirty years after the French Revolution, we are witnessing equality in its death spiral. Democracy, egalitarianism, and diversity (D.E.a.D.) are about to collapse just as solidly as Communism, Fascism, National Socialism, and other planned communities.

Egalitarian revolts tried to erase the idea of genetic differences between human beings purely so that they could argue that kings were chosen arbitrarily, and were not of greater competence because of genetics more adapted to leadership, and therefore proles could be kings. Two centuries later, we see what an utter disaster that notion turned out to be!

As its furthest extension, egalitarianism intended to use diversity to “prove” the equality of all people and also to finally abolish all standards by destroying the populations that originally occupied the lands it rules.

When a mixed-race, cultureless, low-IQ, and aimless population inhabits those lands, the Leftists think, they will finally have obliterated all those judgy standards and will have permanent power. Of course, it will be a third world wasteland, but their thinking does not extend that far.

They justify this by using the postwar population slump, accelerated by how ugly our societies have become with the introduction of Leftist programs, to claim that we need more people, specifically from the third world which as has been the case since the dawn of time has too many.

Leftism, like a parasitic predator, paralyzes its victim with an injection of some chemical to disable higher brain function — in our case, the altruistic universal “equality” that no one can object to without sounding like a meaning — and then begins to slowly digest its prey, bringing it closer to death so that eventually, it embraces death as better than life.

When the Leftists gained power in the 1930s, being driven by a neurosis which demands that they acquire power and rule in perpetuity, they immediately made changes that wrecked society. Entitlements and civil rights made people into mindless, miserable brats.

The unions poisoned the workplace, and then the egalitarian rules for the inclusion of the marginalized did the rest. Costs went up, wages stagnated, and cities grew ugly and violent. People stopped having big families and many gave up on family entirely.

Leftists, who are pathologically driven by a simple thought which has cordycepted their minds, promptly used that as an excuse to demand replacement migration or demographic replacement, depending on what you call it:

This policy seems totally insane unless you assume that all people are equal and therefore someone from a foreign land is just as desirable of a citizen as someone with ethnic heritage continuity to the founders of a place.

In the organic view, of course, when you replace Russians with a mixed-race group, they are no longer Russians and Russia no longer exists. Instead, you have another hotel nation created for people to attend, work, pay taxes, and shop. This benefits government.

Leftists also benefit because they win, symbolically, even if in the process they destroy themselves. Technically, if you start a nuclear war and one of your guys survives while none from the other side do, you have “won.” This is the type of “victory” diversity brings.

For the Left, however, the goal is to seize power; their unstated objective is to have enough people who will always vote Leftist, and minority groups always do. This method has been known to us for over 2,000 years as a way for tyrants to seize power by controlling the population.

Diversity creates social distrust and makes people afraid to interact. This not only makes them more dependent on government, but makes them less active in socializing, so that soon only ideology remains. Government and Leftism get more powerful.

In America, we can see how viciously the Left advanced demographic replacement through their political maneuvering:

Indeed, Democrats have been weaponizing immigration for years in search of that “permanent democratic majority” they keep going on about, and their efforts are clearly bearing fruit:

“But the nation’s transformation is remaking the national electoral map as well,” wrote Forbes contributor Pete Saunders in 2016. “It’s been well noted that states like Nevada, Arizona and North Carolina, strongly conservative and Republican for decades, have become battleground states in part because of the surging numbers of minority voters in the last couple of decades.”

In an article titled, “Demography Favors the Democrats,” CityLab’s Tanvi Misra broke down how America’s “increasingly diverse electorate” is flipping an electoral switch for Democrats that will be difficult if not impossible to flip back. Sure, Trump managed to win the Rust Belt thanks in no small part to older disaffected white voters, but each passing cycle only works in Democrats’ favor.

Conservatives have a term for this: Californication. Once upon a time, California was a strong conservative state, but then sometime after third world immigration became normal, it went so far Left that now conservative candidates are not even relevant.

This sets up a pattern that we also see emerging in Texas: the cities go blue, while the surrounding areas get more red.

When you interact with diverse people on a daily basis, you feel a strong presence of guilt through their need to be accepted, and therefore, people tend to roll over and support more Leftist ideas. That, and being demographically displaced, explains why their cities go blue.

Texas has just become a minority-majority state which means that it will shift toward the Left:

The gap between Texas’ Hispanic and white populations continued to narrow last year when the state gained almost nine Hispanic residents for every additional white resident.

With Hispanics expected to become the largest population group in Texas as soon as 2022, new population estimates released Thursday by the U.S. Census Bureau showed the Hispanic population climbed to nearly 11.4 million — an annual gain of 214,736 through July 2018 and an increase of 1.9 million since 2010.

This means that there are only 540,000 more white people than Hispanics in Texas, with Asian and black populations rising quickly also. We will likely see this gap closed this year as more pour over the borders and overstay visas, dependent on Leftists to give them amnesty.

At that point, Republicans and conservatives become merely a conquered people because the election will always go Leftward. Third world people cannot stop themselves for voting for Leftists, mainly because their wiring leads them to believe in short-term rewards over long-term opportunities.

For some reason, the Right slept through all of these changes, perhaps because William F. Buckley’s American New Right endorsed libertarianism instead of challenging the Left on demographic replacement.

This created a compliant Republican group content to play the wounded victim, in the hopes that Leftists would grant us victim status as they had done to sexual and ethnic minorities, which meant that we fought a perpetual rearguard action as the Left took over:

Most Americans demurred, but kept silent given the barrage of “racist,” “xenophobe,” and “nativist” cries that met any measured objection. Not so much now. Few any longer claim that the southern border is not being overrun, much less that allowing a non-diverse million illegal aliens in six months to flood into the United States without audit is proof that “diversity is our strength.”

The Republican Party’s prior role was to slow down the inevitable trajectory to European socialism, the end of American exceptionalism, and homogenized globalized culture. Losing nobly in national elections was one way of keeping one’s dignity, weepy wounded-fawn style, while the progressive historical arc kept bending to our collective future. Rolling one’s eyes on Sunday talk shows as a progressive outlined the next unhinged agenda was proof of tough resistance.

Like it or not, now lines are drawn. Trump so unhinged the Left that it finally tore off its occasional veneer of moderation, and showed us what progressives had in store for America.

This demographic replacement fit solidly within the Marxist agenda but even more, guaranteed eventual total victory.

When there are enough third world people in your country, it starts doing what third world countries do, which is pick short-term rewards over long-term opportunities, which is a surefire way to stay perpetually poor.

The Left will not have long to enjoy their victory because, as in the French and Russian revolutions, their new government will quickly impoverish everyone. At that point, they have no choice but to embark upon a big enough war to keep the population together.

We will then act out WW1/2 — now combined with Korea/Vietnam — as a means of keeping ourselves together, despite having no actual unity.

This means that, by one method or another, democracy will vanish. It will either abolish itself in order to fight this war, be conquered in this war, or get dropped in panic by the population once they see how it has steered us into a suicidal final conflict and end-stage third world status.