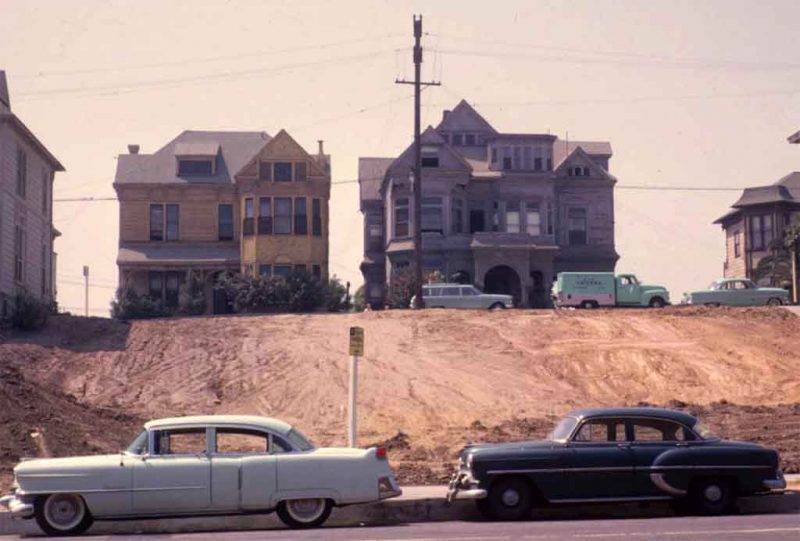 Starting in 1965, America decided to open itself up to third world immigration and rapidly experienced a rise in immigration from all over the world.

At the time, short-sighted conservatives embraced the plan because it meant cheap labor, which was a way to stave off the rising costs of American labor brought on by unions, affirmative action, regulations, and taxes.

These conservatives adopted a Libertarian-style fiscal policy with a symbolic but nominal social platform (defense, business, abortion, Israel, patriotism) under the guidance of fake WASP William F. Buckley. This platform allowed them to coexist, compromise, and be bipartisan with Leftists despite having nothing in common.

Leftists supported the new immigration regimen for a different reason. They wanted to smash the heritage American group which did not vote for far-Left ideas, which meant that Leftists were forced to disavow socialism. Under LBJ, they pushed ahead.

At that time, the generation which had seen the Soviets as allies during WW2 and heartily embraced the anti-Hitler, pro-freedom and pro-diversity platform that America concocted in its propaganda felt that acceptance needed to be extended to African-Americans, Amerinds, and other groups.

They ignored the warning from history that those who intend to rule for their own sake always import foreigners in order to have allies, in this case voters who always tend Left.

Since that time, minorities have not consistently voted in any significant form for conservatives. Blacks, Hispanics, Amerinds, Asians, Jews, Irish, Italians, and Slavs all voted mostly for the Left. Adding groups that were even more removed from heritage Americans would lead to unending Leftist victory, thought the Leftists.

They are seeing the failure of this model now that non-whites vote for non-white Leftists, but they may hope to run the power structure from behind the scenes.

In reality, their goal was to fundamentally transform America so that it would have no understanding of values except political culture:

Democrats are chipping away at this nation with their policies. This is a war of attrition and we Americans are being attrited.

For example, their “open borders” policy is effectively importing a new electorate — one guaranteed to vote for them. The left agrees with Obama, there is nothing wrong with America, it’s those damn Americans, so they are going to drown the conservative vote with new Democrats.

This should surprise no one, because it is one of the goals of Marxism as described by Friedrich Engels:

It is no longer an isolated attempt to lame industrial development. It is one link in a long chain of measures which will transform the whole present form of society and gradually destroy the former class conflicts. It is not a reactionary but a revolutionary measure.

The idea of transformation is simple: change something at its core so that it can never change back. In other words, you have to destroy a village to save it. The Leftist notion of “social engineering” comes from this basic idea.

As the leading lights of the current crop of conservatives wake up and address this problem, we are seeing the conflict which will decide the survival of Western Civilization shape up: do we defend our heritage group, or become a mixed-race monoculture centered on permanent Leftist rule?