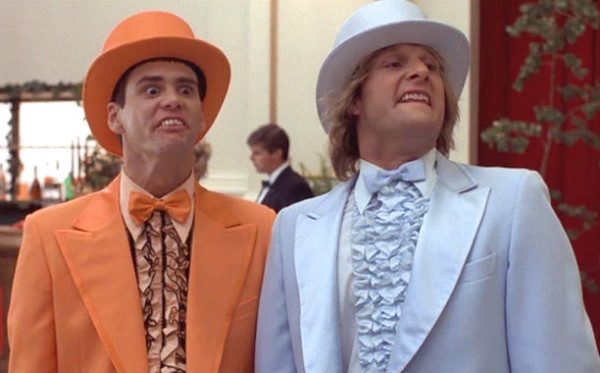 It explains, among other things, how in a society that places too much value on image, idiots and insane people are able to get ahead by overestimating their value and getting fools to agree with them.

The essence of the Dunning-Kruger effect is that “ignorance more frequently begets confidence than knowledge.” Studies have shown that the most incompetent individuals are the ones that are most convinced of their competence. At work this translates into lots of incompetent people who think they are superstars. And what is worse is that if you have a manager that doesn’t closely supervise work, he or she may judge performance based on outward appearances using information like the confidence with which these incompetent blockheads speak.

Dunning and Kruger, two researchers at Cornell University, described their findings in a paper entitled “Unskilled and Unaware Of It: How Difficulties In Recognising Ones Own Incompetence Lead To Inflated Self-Assessments” in the Journal of Personality and Social Psychology.

Their conclusions can be summarized this way:

Translation: without leadership at the top of the curve who is willing to call people on their incompetence, the incompetents will appear competent to other incompetents and be advanced, possibly even to the presidency.

This causes a mathematical problem for democracies since most people are not particularly competent at leadership, government or logical argument, meaning they are both unable to assess the best leadership choices and sure that they’re right.

One of the main effects of illusory superiority in IQ is the Downing effect. This describes the tendency of people with a below average IQ to overestimate their IQ, and of people with an above average IQ to underestimate their IQ. The propensity to predictably misjudge one’s own IQ was first noted by C. L. Downing who conducted the first cross-cultural studies on perceived ‘intelligence’.

His studies also evidenced that the ability to accurately estimate others’ IQ was proportional to one’s own IQ. This means that the lower the IQ of an individual, the less capable they are of appreciating and accurately appraising others’ IQ. Therefore individuals with a lower IQ are more likely to rate themselves as having a higher IQ than those around them. Conversely, people with a higher IQ, while better at appraising others’ IQ overall, are still likely to rate people of similar IQ as themselves as having higher IQs.

That tendency could go a long way toward explaining why many successful societies have relied on strong leaders who had no problem beating down the incompetent with force. Unless suppressed, the 90% of humanity who per the “Bell Curve” are unskilled and unaware of it will take over and, being incompetent, run society into the ground.

In addition, while people can be taught specific tasks, they cannot be taught to reason in general; education does not raise IQ and in the process of trying, becomes dumbed-down to the point where no one intelligent will get any benefit from it, which discriminates against the intelligent.

When you combine the Bell Curve, the Dunning-Kruger and Downing effects, and the natural tendency of human beings to compromise, you have a working explanation why human societies inevitably begin the pursuit of a “race to the bottom” once they become powerful enough to stop losing so many people to natural events, disease and war.

“Rights” May Be a Bad Design | Surprise, Surprise: Our Ancestors Weren’t Morons