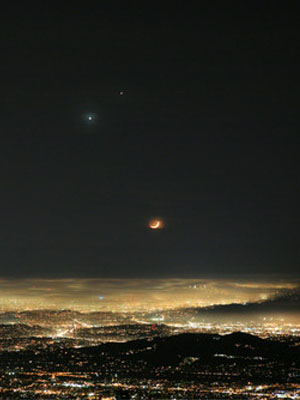 For some time on this blog, we’ve been talking about the idea that a sea change confronts humanity. In this big change, we realize that the last 224 years were spent on a mistaken direction launched by the French Revolution of 1789.

This direction, liberalism, is destructive because it leads to denial of reality. Its roots are in a broader philosophy called crowdism, which places individual perception above reality itself, and thus bonds together individuals to enforce this shared illusion.

When humanity embarked on this direction, way back in 1789, it seemed like we were onto something good. Our older orders were under assault by rising population and the discovery of new lands, and with that, a shift in social order. Instability breeds opportunity for the opportunistic.

At the time, it seemed like we were trading slavery for freedom. We were casting aside the old rigid rules. We were discovering new ground. And as if they believed it, the old guard clamped down on the oldest rules they could find, but seemingly were unable to understand the reason for them.

But now, much like during the end of WWII or the fall of the Soviet Union, we’re experiencing a watershed event. These happen when a big system fails, and in such a profound way that we realize the problem is the assumptions behind the system and not some transient error.

This event will debunk liberal democracy as other forms of government have been debunked. It will also bring down the idea of centralized government, even representative government, because these clearly lead to outcomes in which mob rule takes over.

It’s stupid to blame this on Barack Obama, but his election was a signal. With that, democracy gave up the pretense of electing people based on anything but the whims of the crowd and the media who goad them on. The best-looking candidate and the one who promised the easiest lies got in.

With 2012, and the re-election of a man who was clearly out of his depth and pursuing unrealistic Marxist policies at the expense of the historical majority, it was clear that these “new voters” — the young, women, minorities, self-hating white males, LGBT, etc. — were forming a coalition not for their own interests, but to destroy the majority.

However, this isn’t entirely surprising. Liberalism is based on the idea of equality and freedom, both of which are open-ended and defensive ideas. If you don’t have equality, there’s no way to get it, except to pull others down. In the same way, you need freedom — from what? From anything but your own whims, apparently. This is how these philosophies boil down over time.

It’s popular to say that liberalism is an ideology and conservatism is not, but really, an ideology is a political values system. The liberals have the advantage because theirs is simple and unifying. It is the idea of the Revolution itself: the marginalized band together and overthrow the “fortunate” ones in power.

Conservatism has been fighting a rearguard action because it’s impossible to mobilize a majority. Not hard, impossible. The majority doesn’t recognize its own shared interests and, in the classic form of people not united by strong leadership or compelled by immediate risk, it descends into individualism. Everyone does what is convenient. None but a few grasp the severity of the problem and work to arrest it.

Everyone else figures that they “win” by having a good time and not getting locked into any kind of ideology at all. But that approach leads to them being marginalized and, marooned in their own desires, losing out on any sense of community. Thus they become self-hating, despising themselves for their indulgences which turn out — over repetition — to be banal, unsatisfying and childish.

Thus the long wait began for liberalism, like Communism before it, to show its hand and detonate itself. Now it has. Both the USA and Europe have spent themselves into debt through “Great Society” cultural Marxist social programs, and not only that, have trashed themselves socially through disorder. In rebelling against commerce, they have made it stronger, and now all parts of our lives are for sale.

As a result, slowly, very slowly, the minds of people begin to turn. That is to say they are turning away from the liberal-defined political scope and worldview, which is narrower than the world itself. They are turning toward possibilities outside the narrow band they have been told is safe.

Modern people are entirely self-censoring. They are able to think until they run up against a socially-unpopular idea. Then they panic and retreat, and lash out at whatever made them think such a taboo thought. But that, too, provokes a backlash, and one that simmers underground with legitimate ire at the forces that hold it back from being expressed.

Multiple systems are failing at once. Society is chaos; economies are trashed; governments are corrupt; elites are self-serving cowards; the environment is getting progressively wrecked; we can’t trust the media, or even science. All have become submerged in the Crowdist lie.

Some are even suggesting a radical re-design of society itself, without shops or factories. Others think civilization itself will collapse suddenly, and we’ll get a period of Mad Max style anarchy before restoration of order.

Many of us however are looking at this more simply. We should backtrack to the point of error, and turn away from that decision. That means no more liberal democracy. No more PACs, no more internationalism/diversity, no more large corporations and interest groups buying the vote.

Unlike the “revolutions,” this is a revolutionary idea: one thing by thinking outside the box, fixes our problem. It’s worth trying. Even if right now it’s social taboo.

A default is the best thing that can happen to America right now. | Defund the USA