Controlled Aggression Is The Ideal State Of Mind 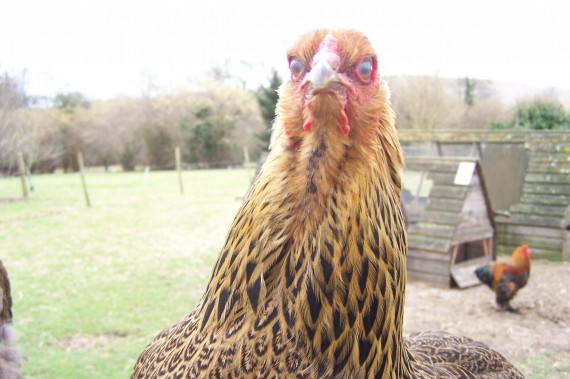 Violence increases across the West, to the surprise of commentators, who have relied on pacification as a technique for many decades. The antidote to violence however, is not peace and pacifism such as gun-free zones, but controlled aggression on both organizational and personal levels.

The term â€œcontrolled aggressionâ€ was coined in the use of canines to subdue criminal suspects. The dog is taught to remain calm when a stranger approaches and even shake hands with his trainer, but the moment the stranger exhibits aggressive intentions, the dog attacks without a word from his trainer.

A similar technique could provide the general population with a method to remove apathy by increasing a personâ€™s awareness with the ability to respond to violence with the appropriate aggression to counter it.

The question arises: why canâ€™t the police use this approach?

The answer is that not all aggressions are criminal acts, despite them being unsafe. This means that police are limited by the very function they perform in that, as the organization of law is designed, police are attempting to interdict violations of law, not aggression itself.

Similarly, health and safety during manufacturing is managed separately from health and safety managed in the mines. In terms of direct police involvement, white collar crimes are managed separately from theft. When Donald Trump talks about making America safe, nobody really knows what it means because the concept has been oversimplified, and is dived into multiple functions, some of which are administrative and others which are delegated to the police.

As far as the police are concerned, the implication is;

A porous social organization allows criminals to react immediately when a specific opportunity is detected because they are in fact very aware of circumstances. An example of where lack of policing caused tremendous problems can be found in the Montreal Police strike of 1969, which is still referenced to indicate how quickly things can go wrong.

During this dubious episode of Western history, a police strike provided opportunity not only for criminals to run wild, but for ordinary citizens to take out their grievances on one another. In addition, looting happened on a large scale. This seemed to experts to confirm that without a functional police force, civilization descends into anarchy.

Another case being worth studying is that of Martin van Creveld noted that powerful nations generally lose low intensity conflicts such as guerrilla insurgencies because they cannot defend themselves in this environment. In this growing grey area between crime, guerrilla combat and terror the same problem arises: the separation of safety and security caused by the division of institutions in powerful nations cannot address the threat adequately.

It is therefore unsurprising that the Institute for Security Studies in South Africa now admits that social organization is the biggest risk regarding murder and violence. After investigating thousands of cases, the deduction was reached that murder was to a large degree initiated after serious arguments. If the victim had kept quiet or even shown respect, his life may have been saved.

Countering that, however, is the knowledge that violence will only be stopped by the promise of even stronger counter-violence. This is why criminals prefer attacking defenseless people. On the whole therefore, the antidote for violent crime is violent retribution, not necessarily from police, but the whole organization or society in the manner of â€œcontrolled aggression.â€

Controlled aggression bridges the gap between security and safety. It uses the principles of safety, namely rules about what is or is not safe behavior, to trigger a law enforcement or military-style response in the methods of security. Instead of being based on rules, like the trained police dog, controlled aggression looks for harmful anomalies and counteracts them as a matter of safety.

One way to realize this promising approach is to start a city-sanctioned neighborhood watch initiative that does not limit itself to crime but aims to ensure the functional safety of citizens by intervening in dangerous events. These will dove-tail neatly with the latest â€œevidence-basedâ€ policing efforts that analysts currently investigate and Mayors desire.