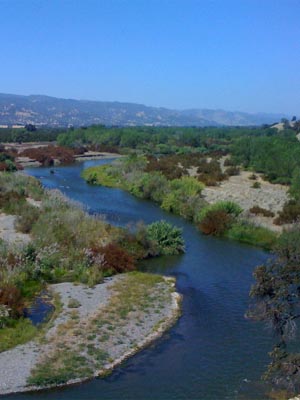 If you have been to college, or when you go, you will become an observer to the process of people finding political identities. In theory you go to college to learn things, but in reality, you are learning the process of learning, and that includes socialization.

When searching for a political identity, the savvy student does not spend much time researching facts and history. These are a huge burden and require many hours of contemplation to even understand the basics. It is better to simply pick something popular.

As you look out over your class, one thing becomes clear: there is actually not that much in common, besides not knowing much of anything or having any role in society. What appeals to people in that unimportant position? The idea that not having an important position is not important.

In other words, position itself is unimportant. What you do and achieve are secondary to — what can we fit in this blank? — how nice you are, and how well you socialize. We don’t need rules; we can all be friends. This sets you on a path toward increasingly permissive political views.

The students who do best at this game are the ones who accept the limitations of their role. Their job is not to know things, or be in charge of things; their job is, like that of children, to take things from the parent and probe the limits of their freedom.

Only one political viewpoint really appeals, which despite its many disguised forms can be identified as “anarchy.” More than a political system, it is an attitude of hostility toward social class, political power, hierarchy and authority. It reinforces the unimportance of position.

In fact, we can play a bit with these words to show the progression of thought:

This is not the syllogistic logic you are familiar with from your classes, but deconstructive logic: reduce each thing to its simplest, least-connected form. This means removing all context, and any dependencies or consequences, for a singular idea.

In the case of anarchy, that idea is position. It does not matter what you do for a living (or for ideologues, contribute to learning, leadership or culture). It is unimportant what you own and what power you can exercise. Even character is not important. What is important is socializing well.

The essence of anarchy is found in this simple distillation. When we deconstruct every aspect of society thoroughly, we become granular particles in the slipstream of life, and what matters is that we can “get along with” the people around us.

Anarchy is the essence of the modern time. When the French Revolution deposed the monarchy in 1789, it set off a wave of similar events. Each of these expressed fundamentally the same idea, which was deconstruction of hierarchy. In practice, it meant elevating each individual to the level of a king.

The rub is that making people equal gives each more power, but reduces the pool of power so that each person has a tiny amount. Now that we are equal, we are all kings in our apartments and suburban homes, but we must rush off to jobs, wait in line at stores, put up with mediocrity of general services — in other words, we’re both kings, and slaves to the slowness, incompetence and selfishness of all the other little kings.

For this reason, it is clear that conservatives are the opposite of anarchists. The essence of conservatism is conserving the social order that is most effective, and the behaviors and hierarchy that achieve the best results. To conservatives, liberalism emphasizes the short-term view instead.

However, there is within conservatism a different type of anarchy, which is the reluctance to be held back by (a) the incompetence, slowness and selfishness of others and (b) the limits of our natural world. We want maximal individual liberty through sensible designs to society.

In other words, a conservative anarchist is willing to sacrifice some freedoms of method in order to achieve an end result of maximal freedom, meaning the ability to apply our talents and inclinations to life in such a way as to produce a fulfilling result.

Now, imagine for a moment, that you produced a society solely of conservatives.

If you want to know why people like me become conservative, this is it: conservatism is a better strategy for finding the good life.

While we are tempted, like the college students above, to demand a result of freedom from a cause of no rules, a better study of cause->effect logic suggests that freedom needs a precursor state to protect it. This state is a strong social order and a reverence for life itself.

In this view, the only true anarchists are the conservatives. We recognize that civilization is necessary, and that social order and culture are necessary, so instead of raging against that machine, we find a way to make it constructive and (when successful) a conduit to beauty.

The other anarchists — the ones who endorse that boilerplate rambling nonsense which equates imposed freedom with liberty — are just barking up the wrong tree. Perhaps it is not freedom they want, but social success, at the expense of social order and your own freedom.