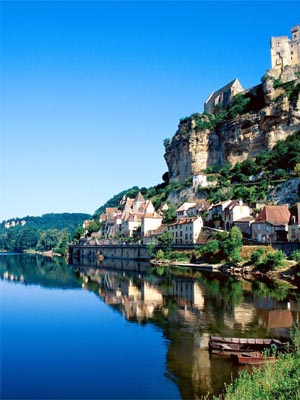 A new type of political thinker is emerging into the shattered hulk of modernity.

While the modern time is powerful in technology and gilded in convenience, the dark inner core is a tendency to consume and deconstruct all things, and these new thinkers target that impulse. They tend to be less concerned with the political battles of the present than the enduring political question: What design produces the best civilization?

This immediately separates them from the issue-based activists. They are not concerned with a single society or direct responses to immediate problems; they recognize our problems come from failings at a design-level. Thus, time for a redesign.

Of those, the most realistic are the conservatives, because conservatives conserve as opposed to deconstruct. Conservatives do not throw up their hands and say, “Well, if that’s what people want to do, everybody do whatever they want, and it’ll turn out OK.”

Instead, conservatives learn from history and develop a reverence for the finer things in life, and by that I do not mean cigars and cognac (exclusively). Conservatives value good designs of civilizations past, good ideas wherever they can find them, and preservation of the gifts of nature and humanity.

At this blog, for example, we argue heavily for preservationism. We accept that civilization took a bad turn in 1789 with the French Revolution and the two centuries of manic liberalization (now called globalism) that followed. We intend to find designs that escape that type of bad thinking.

We recognize, for example, that liberalism does not create the lowest-common-denominator so much as it is a representative and advocate for it. With that in mind, it is clear that liberalism is not so much a political view as it is social symbolism, which is why it picks up anything popular like a dirty snowball.

Consumerism and socialism merge in the ultra-modern globalism regime because they are popular with that lowest common denominator, which occurs both on social role (rabble) and psychological (neurotic) levels. The people who like liberalism are either have-nots who want to blame others for the have-nots’ have-not status, or neurotic wealthy people who are seeking a purpose in life.

With that in mind, a thinker can see how the conservative desire for preservationism makes logical sense. We are not concerned with people using cognitive dissonance to explain away their social or psychological shortcomings; we care about results. That means: preserve good things before attempting flights-of-fancy ideological experiments.

This is not a popular view because it insults the ego. It does not claim that each of us is so important and valuable that we should stop all wars, stop all offensive things, stop social hierarchy and force equality just so that individual can feel happy in her $500/month dingy apartment, at her clerkish job, and in her single and neurotic state.

Preservationism, then, is not a human construct; it addresses things bigger than the individual human.

When one adopts the preservationist outlook, political conflict no longer becomes as simple as us-versus-them, or we want these people gone, etc. It is about finding an enduring and beautiful design for a civilization to pass on to our children and grandchildren.

It is not limited to the interests of any one group.

Nationalism applies to every ethnic-cultural group on the face of earth. This is not a movement “for white people” or “for black people”; it’s a movement for people. That we do not, in order to pander to the neurotic individual, think of all people as uniform and without race is part of our desire to preserve good things wrought by nature.

After all, science shows us that the divergence of evolutionary pathways exists for the benefit of the organism:

Biology textbooks maintain that the main function of sex is to promote genetic diversity. But Henry Heng, Ph.D., associate professor in WSU’s Center for Molecular Medicine and Genetics, says that’s not the case.

Heng and fellow researcher Root Gorelick, Ph.D., associate professor at Carleton University in Canada, propose that although diversity may result from a combination of genes, the primary function of sex is not about promoting diversity.

Rather, it’s about keeping the genome context â€“ an organism’s complete collection of genes arranged by chromosome composition and topology â€“ as unchanged as possible, thereby maintaining a species’ identity. This surprising analysis has been published as a cover article in a recent issue of the journal Evolution.

“If sex was merely for increasing genetic diversity, it would not have evolved in the first place,” said Heng. This is because asexual reproduction â€“ in which only one parent is needed to procreate â€“ leads to higher rates of genetic diversity than sex. – PhysOrg

Evolution is not a process of random activity. It is a feedback loop in which organisms observe/react to their world, and the quality of their reaction — how “realistic” it is — determines their success.

When a successful strategy is found, it must be prioritized over others. That means: a desire for uniformity. Sexual reproduction is a “winner take all” scenario. Those who invent the best ideas dominate.

In turn, this means that when a population arises, it is adapted to the particulars of its evolution, which may be geographic, climactic, and most of all, social. We are all adapted to the values of the civilizations that produced us as genetic designs.

If you want to know why people fear history and tribal identity, it is (a) they are forced to see that their “free will” is in fact limited and they are pre-wired for certain ideas and (b) they realize that evolution is ongoing, which means “it’s all cool man” is a social sentiment but not a biologically realistic one.

Consequently, the vast majority of people — people who have found no particular direction in life, succeeded at nothing in any personally fulfilling way, and people wracked by doubt and neurosis — are afraid of biology and evolution.

They construct illusions instead about how these things do not apply, and they try to convince you that they are not ongoing — a process conservatives call Social Darwinism.

Our civilization’s final age culminates in a manic jihad/crusade for “equality,” which is a denial of this genetic reality, and of preservationism and conservatism. The French Revolution of 1789 made an enemy of all hierarchy, including nature.

It is not surprising that our record, as a species, since has been one of unparalleled ecological destruction, including destruction of our own tribes.

And a conservative is always easy pickings, because he negates the new without ideas of his own; he represents stasis, ossification, museologyâ€”concepts linked to old age.

Against him the radical Leftist can easily cast himself as a force of innovation, as the voice of the future, because he does have an idea of his own: his is an act of affirmation. What he affirms may now be old, decrepit, orthodox; it may have been exhausted, it may be bankrupt, and, because of its inherently destructive nature, it may offer no way out; but an affirmation is always more appealing than a negation, and the Leftistâ€™s affirmation, though of an old idea, is newer than the idea defended by the conservative, which is even older.

Worse still, conservatives seek to conserve the ideas of superseded radicals, so he is by implication a dealer in antiquated, second-hand goods. – The Occidental Quarterly

In this conflict — liberal/leftist humanism versus preservationism — we see the battle of our time. We either win it, or pass into oblivion as a civilization.

The reason it is not being won is simple: those who would be preservationists are trying to frame their ideas in a liberal context, as self-interest based concepts. This negates what makes preservationism different from the options they already have.

Preservationism should appeal to the moralist in all of us. It is not about self-interest; it is about doing what is right for everyone.

Self-interest is transitory. We barely know what it is until we have had families, watched our children grow up, and asked ourselves the shocking question: what kind of world am I injecting these little people into?

At that point, we start thinking about the design of our civilization. Is it stable? Will they find good people to befriend, work with and marry? Should they, like us, slave away for 10-12 hours a day in unfulfilling jobs?

Now preservationism makes sense. Maybe our grandkids would like to have forests — and maybe they’d like the confidence that comes from being part of a species that has the wisdom to preserve forests. Maybe they’d like ethnic identity, and culture instead of the post-totalitarian Nanny State, and feel better about their origins as a result.

The reason is that humans are rarely persuaded by facts and arguments. Rather they are impressed by their source.

This is why itâ€™s said that in a society the bulk of individuals follow whomever is in charge. Even when those in charge are hostile.

This corresponds to Wolfeian-Weberian status, for those who have been following that discussion on this blog.

The key to change is in our hands.

People emulate what succeeds; what succeeds is determined by consumers, who follow those they recognize as more alert than the others.

What we must do however is stop wasting time on the anti-preservationist cause, which is formed of special interests which naturally have special enemies.

Anders Behring Breivik may have helped silence xenophobia in Norway as voters shun the anti-immigration party he was a member of before he committed the July massacre that left 77 people dead.

Popular support for the Progress Party, the second biggest in Norway’s national parliament, fell by 6.1 percentage points to 11.4 percent in a Sept. 12 municipal vote, the group’s worst result in 16 years. The Labor Party of Prime Minister Jens Stoltenberg, which Breivik targeted in the attacks, won 32 percent of the election, its best result in 24 years.

“The Progress Party largely built their base on spreading suspicion, especially against Islam and Muslims,” said Thomas Hylland Eriksen, an anthropologist at the University of Oslo, in an interview. – The National

This is not, of course, final judgment. Voters are normal people, and most of all groups of people are quiet conformists who use anonymous methods like voting to exact their revenge, hatred, insufficiency and misery on others.

But the point is, perhaps, that right-wing politics has been hijacked by left-wing ideals.

Our point is not to “spread suspicion, especially against” any ethnic group, culture or religion.

Our point is to show that the best life, the most moral life and the best design of civilization comes from a conservative one:

Our message can be: if you want a truly great life, and not just a mediocre one in which you are socially cowed into tolerating the incompetent behavior of others, seek preservationism. Seek conservatism.

Right now, this message seems unpopular… but that’s through the eyes of the Unsilent Minority, a/k/a our media products, their pandering to what those with nothing better to do than watch TV “think” is a good idea, and their advertisers who want cultureless neurotic drones ready to buy products.

A new type of thinker is emerging. The old way was politics based on self-interest; the new way is politics based on avoiding the shattered hulk of modernity, 1789-2011, and its fatal flaw, which was reliance on what people wanted to think rather than what was real.

Preservationism seems aged and out of date, but in our dying society, the old is new again because the “new” is now old and has failed. Consumerism and democracy are joining communism in the junkyard of history. It’s time for something new, even if that is something ancient.

The only question left is: when do we begin?