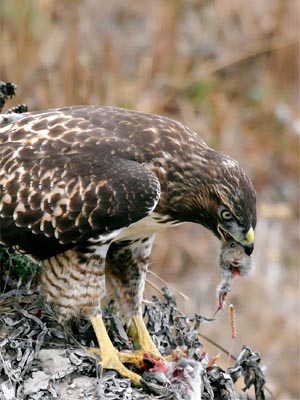 Every now and then, you read that is the equivalent of someone turning to you, with their glasses propped out of way on their head, asking “Have you seen my glasses?”

The political side that specializes in looking good to its friends, liberalism, makes a habit of doing this. This occurs because while they pay lip service to every “enlightened” belief, they never put them into practice.

For example, I’ve been through this dialogue many times:

Person 2: What? You live in the whitest neighborhood of any of us!

One area the liberal/leftist contingent like to get a superiority complex in, naturally, is their support of science.

By science they mean the scientific products, like magazine articles and movies, with which they agree, as considered in the abstract.

It’s a pathetic commentary on the anti-intellectualism rampant in American politics that this is newsworthy. A major-party candidate announces that he doesn’t deny a foundational theory of modern science! In fact, given the political atmosphere in the Republican party, it’s not just newsworthy but a daring act: polls have shown that almost 70 percent of Republicans deny evolution.

Huntsman is clearly trying to position himself as the moderate candidate. But while that strategy might play well in the general election, it won’t do him any good unless he can get the Republican nomination. And to win that nomination, he has to get past a huge obstacle: a solid bloc of Republican primary voters who are emphatically anti-science. This isn’t an exaggeration for polemical effect; it’s the plain truth. The modern Republican party has made a fervent rejection of scientific consensus its defining attribute — both on evolution and climate change, as well as in other fields — and Huntsman’s refusal to submit to party orthodoxy is likely a fatal blow to his chances. – Alternet

The reason 70% of Republicans may oppose “evolution” is simple: evolution as represented to the public is corrupted by all sorts of political propaganda, and by its insistence on the notion of “random” events, is offensive to anyone who believes the universe is orderly.

The left doesn’t care. This is a propaganda moment for them and nothing more.

After all, if they believed in evolution, they would have to refute the single most importance belief of leftism/liberalism — that we’re all equal.

Evolution isn’t about equality. It’s about the better succeeding the less good. Red in tooth and claw, and all that.

The very thought appalls liberals. But they won’t admit that in public.

Next time you hear this kind of pomposity, do us all a favor — laugh loudly, very loudly, and clap the offending liberal on the shoulder and say, “It’s been a long time since I could believe such a simplistic view of the world.”

There’s nothing they fear more than social predation. Which, if they thought about it, would fit right in with the real theory of evolution — not the sanitized, sound bite, liberal version.