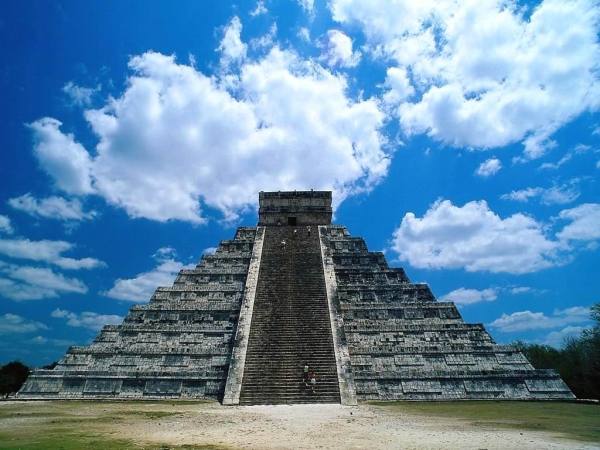 By the Middle Preclassic [period], the Maya had begun raiding neighboring groups to take captives, which they used for labor and for ritualized sacrifices. These sporadic conflicts expressed and maintained the dominance of one polity over another and increased the prestige of the victorious leaders — while often eliminating the vanquished leaders as sacrifices. Eventually, the ultimate competitive option was taken up: open military conflict between polities, with the goal of expanding the victor’s control over people, land, and resources.

But military activity necessarily involves certain developmental consequences. In the first place, it creates the need for a new specialty, ultimately a new occupational class, the warrior. In time, the Maya warrior class seems to have become part of the “middle class,” between farmer and elite, that had initially consisted of craftsmen, merchants, and bureaucrats. In the second place, conflict between centers creates new demands on social organization; and centralized authority is usually the most efficient means of directing a society and its military forces, in either an aggressive or defensive situation. Thus for the Maya, as with all societies, competition and conflict were a major factor in the development of a more complex society and an increase in centralized authority. (69)

As longtime readers know, centralization replaces hierarchy and causes the central authority to view other people as tools of its ends, rather than both ends in themselves and entities having a qualitative dimension.

That in turn leads to the promotion of blockheads in the social elite, and in turn, over time, these people prove as destructive as the Irish to American law, the Jews to American foreign policy, or Kate Middleton to the English aristocracy.

We see the pattern of civilization thus unfold. Creators make a space of sanity and order in contrast to the usual human confusion, solipsism, and “tragedy of the commons” self-interest; this causes others to come to them, who they use first as workers and later as a middle class of bureaucrats, shopkeepers, merchants, lawyers, and military.

Since this group must be promoted, it takes over, and brings in even more people, at which point like a tragedy of the commons, the demand overwhelms supply. Society reverts back to the usual human model of subsistence living and no functional shared institutions.