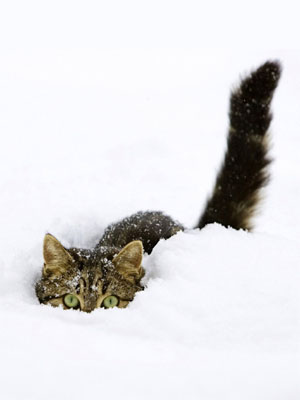 That’s me, this morning. I can’t stop moaning. It hasn’t stopped yet, and I’ve been up for hours. Unngh. Gasp. Oh my goodness…

I don’t know what’s going on, but I feel as if I am in an ongoing post-orgasmic euphoria of just being, and being in a way that feels like it might go on forever. Almost too much to bear.

But in such a way that bearing it pastes a wide smile all over my face.

Half-closed eyes. Chin slightly elevated. Low sounds of pure bliss spilling out from somewhere in my neck, like a purring cat, toasting in front of a cosy fire.

I didn’t have the greatest of nights, really. Two or three trips to the bathroom, when the last thing I felt like doing was partially waking-up and shuffling in the dark towards relief. But each time, returning to my cosy duvet, fallling off that billowy cliff, back into sweet oblivion, garnished with dreams and unknown places.

By the time I made the supreme effort, and climbed out of bed to face the day, I was feeling almost too good to bear. Hence the moans. Not of discomfort, or of regret, but of pure ecstasy.

I toured the various cats, each one stretched-out or curled-up, beyond comfort and into a whole other dimension, and eased the rabbit out of its nightly coma, with a handful of parsley to put the icing on its cake. With a flourish, I flipped the switch on the coffeemaker, as I loped past, on my way out to the back deck to feed the birds.

The nuthatch, hopping from foot to foot, landing on my fingertips to choose a choice nut, signalling chickadees to follow suit. The song sparrow, stripy and full of perk, taking its brief break from practicing its bird-calls, to haul off a sunflower seed. And one for its new paramour, under the decking. The woodpecker, the varied-thrush…

The wife groaning softly from upstairs, stirring her way cautiously into the new day. Her smiling face appearing in my mind, being grateful and doing grateful things, just for the chance to be living her life with her chosen man. Planning her garden, no doubt, or considering which tasty meal to prepare, later.

Moan, moan. It goes on and on. Hours later, I am still moaning, but softly and randomly.
This is bliss, and I wonder if I should be worried. Will it ever stop? What if it doesn’t?

Could I bear a permanent state of whatever this is? But worry is the wrong word. I only smile as I consider it. And moan a bit more.

And life is like this, when one discovers life. An almost fatal wonder, barely describable.
I wonder how it could have escaped me for so long. How it escapes so many others.
Life, amid the howling savagery of the universe. How can this be?

It can be, because that is the nature of the savage universe. It is. It simply is.