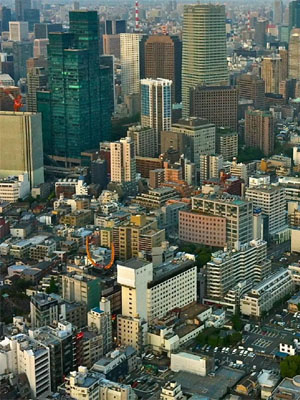 In Greek myth, the Hydra is a monster with many heads. The Hydra cannot be defeating by cutting off its heads. Each severed head grows back faster and stronger. The only way to slay the Hydra is to strike at the heart.

The Hydra is also associated with the astrological constellation Cancer. Like the Hydra, cancer proliferates through growth. Unlike most diseases, which obstruct growth, cancer thrives by growing too much and crowding out the body. We often treat cancer by poisoning the patient with radiation, hoping we kill cancer cells faster than healthy cells can replicate so that the patient survives.

In a sort of “inverse” parallel, you may have also noticed that a rather popular position to take is that of “fiscal conservative and social liberal.” With that view, instead of having two foes you have two allies. But what this all boils down to is a way to avoid commitment and appear “open minded.” It is a way to look cool, but not actually serve a purpose beyond yourself.

Despite all our finance and technology, what life really boils down to is relations between people. Hopefully you do not have conversations with your money. Hopefully you do not laugh with, learn from, teach, and make love to your money. Money is a means to an end, like a rake or garden shovel. It is not a goal. The real goal is more complex, but it starts with reality.

People waste time on questions like “does the individual precede society, or society precede the individual?” It doesn’t matter; reality precedes both. Similarly, you have heard the phrase “things change.” This is both true and not-true because it is not relevant to where such people are trying to apply it. You cannot step in the same river twice, but you can pour off water for your crops without caring that it’s the same water.

If all that exists in this world are material and the unchanging physical laws of it, then our choices are chemical reactions or mathematical equations. However, we seem to have the faculty of choice. Material and physical laws do not provide for this. It indicates that we have the ability to respond according to our own thought process, which isn’t as simple as pouring two chemicals together to get a third.

If I say “Jump!” you can respond in the affirmative, which one might say represents “change,” or you can respond in the negative, which represents “non-change,” or you might even respond nonsensically and ask me if I am a rodent. The very ability to make a choice represents a sort of option that eludes both change and non-change. Life is not as simple as being obedient or being disobedient; we cannot deny that there are other options on the table.

Perhaps the best illustration of the Hydra can be seen in the “national discussion” regarding spree killers. The same topics always come up like clockwork: mental health, gun control, video games, parenting. Rather than isolate one factor, we might try to say it is some combination, as if it is a perfectly calculable collection of percentages. This gets us closer to the answer than isolating only one of the factors, but such notions are also mistaken as life is not a math equation, nor is any event within it.

The key to get to the bottom of this is categorical thinking or logic. One must ask what all these factors of mental health, gun control, video games, and parenting have in common.

It may be a disheartening realization to know that the solution is via culture and values. Most people prefer a magic pill, a cop with unlimited authority, or psychologists to descend en masse with comforting excuses. Forming culture and convincing people to agree on generally similar values takes a lot of time and effort. Yet there is only one way to slay the Hydra, and that is to strike at the cultural disorganization that is its heart.