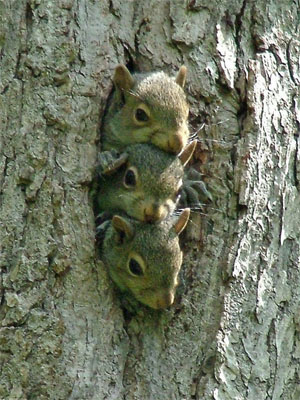 Words tell us so easily what to do, and so little about how to get there. When someone says that we should be practical, there are two ways this word is interpreted: (a) use reality-based thinking or (b) shut up and conform and hope for the best since nothing is ever going to change anyway.

The latter is more common and it is a form of utilitarian thinking, which is a perversion of consequentialism (results-based thinking) that measures results by how people feel, desire and judge, rather than the actual results of an action or event. Most people don’t want you to rock the boat.

It is also hopelessly futile. If we are to never rock the boat, and never to disturb the comfortable denial into which most people lapse as adulthood removes their ambition, we are never able to change course. We all just follow each other, and hope whoever’s leading the train knows what they’re doing.

Worst case scenario: the leaders aren’t aware that they’re leading, or are oblivious to where they’re going, or as is most likely, are leading by looking back at the train behind them and trying to guess where it wants to go. In that case, going in circles is preferable because at least it’s not destructive.

Detractors will point out that in every age of humankind, there have been people who stand on streetcorners with signs that say “The End is Near.” Those detractors like to claim that since these people are always doing this, it’s never relevant. The fact of the matter is that it can be relevant at any time, so one day, the sign will be right.

It’s just a matter of picking which day.

For those who can still think and reason without having a television, friend, or podcast tell them what the truth is, it’s clear that things are going wrong in the industrialized West. Obama is not the cause, but a symptom, but it’s telling that he would have won an election in Europe just as easily as in the USA. The disease runs deep.

Most people are probably not so removed from logic that they can see this. Instead, they realize that if they admit they see it, they have to act. They are afraid. They are afraid of being right, of being wrong, and of having to do something, or of not doing something. The brain shuts down and they go into denial.

This second type of utilitarianism, which we might call futilitarianism, embraces the idea that by doing nothing to disrupt the normal flow of things we can somehow turn out alright. It’s as if civilization does not require work to maintain, and is just there for us (magically), and so if we just keep on keeping on, all will be OK.

Only one problem remains. It costs you the soul you might have forming in your chest. Not necessarily in a metaphysical sense, either. You lose self-respect. Because your worldview rests on society succeeding, you have to displace your sense of well-being from yourself to the world around you. It buys you with illusions of safety.

Futilitarians tend to be denialists who are adamant about the correctness of their position. The more someone has doubt, the more fanatical they tend to become, and futilitarians secretly know that things are unwell and have been for some time. To salve their own fear, they will do anything they can to shut you up, even killing you.

It’s a standard human response to fear. Do not talk about what might be happening; talk about what we hope will happen if we just go into denial hard enough. Futilitarians are as much wishful thinkers as Utopians, but futilitarians don’t have a dream, only a hope that reality is a dream and they’ll wake up soon.

Both left and right can fall prey to futilitarianism. On the left, they return to chanting the progressive mantra. If society’s falling apart, gun control — which will make the ensuing chaos worse — will solve the problem. On the right, they redouble their efforts to defend the disintegrating ruin, effectively fighting off sensible change.

From an older conservative perspective of course this is not surprising. We knew in 1788 that if the Revolution took over, and equality won, people would behave like gods and abuse the power given to them. They’d do it as a mob, instead of as individuals in leadership positions. Absolute power corrupts those who can’t handle it.

With the election of Obama, and Europe’s fawning as it happened, we see the final days of democracy. Margaret Thatcher and de Tocqueville were right: it only lasts until the electorate figures out they can vote to spend other people’s money and get free things in the short term at the expense of social collapse in the long term.

Modern society is the antithesis of health | Bliss