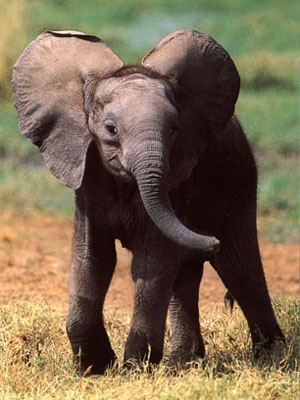 There are two forms of conservatives today: those who submit to the order that exists like beaten men at the end of their energy, and those who rage against it but have no idea how to work with it.

Like most who choose radicalism in preference to compromise, the latter group tend to be completely uncontrolled. They rage at the world out of a fundamentalism of their own in which just about everyone is wrong, except the chosen few. This makes them impossible to work with. They also alienate everyone they meet.

On the other hand, the beaten conservatives don’t alienate anyone. They sound exactly like other politicians, except they do things like defend business against environmental legislation. Since these politicians resemble the leftist variant in all but what they seem to do for special interests, most people assume they are corrupt.

Conservatism suffers from one fundamental flaw: no one knows what it is. This is compounded by the fact that conservatism is several hundred thousand times more complex than liberalism. The idea of liberalism is simple: I should be able to do anything I want to, and none should be above me.

In contrast, conservatism is based on a complicated equation. We care about ends, not means; we look at consequences. This requires paying attention to the natural order that appears in patterns, not pure physical materials. That in turn requires appreciation for transcendent values, or those which rise above material. At that point, you’ve wrapped religion, philosophy, culture and wisdom into an inextricable ball. The result is a desire to conserve complex organic truths against the fanciful and divergent ideas of human individuals.

As a result, conservatives have no idea how to present themselves in public. That’s not quite true — the radicals do, although they’ve chosen a public image that drives away the public. Milktoasts don’t like going down this path because at some point someone will ask, “So aren’t they just liberals who defend finance and the military?” In all honesty, we have to answer yes, at this point.

On the flipside, the radicals can’t explain to the average person why what they want is important. They know what they want, and they make extreme statements, but they can’t say why. The result is that they are driven to increasingly symbolic and visual extremes in their imagery and get farther from any positive ideals.

Instead, a simple and radical truth is staring us in the face: conservatism has an image crisis.

The best part of the radicals is that we can spot them a mile away. Conservatives need this kind of brand: an ideology with cult power, that stands out from the rest, and show us a glimpse of another world we might like more than our status quo (think Lord of the Rings more than Gone With the Wind).

Combine this with the best part of the milktoasts, which is that they demand this airy ideology be tied to something pragmatic. In their view, ideology by itself is the domain of the leftist and has no relationship to reality.

This new conservative party would take from the social conservatives, the paleoconservatives, even the far-right, because all are related by a heritage: conservatism itself, or the idea of conserving complex things against the fanciful ideas of human individuals.

Unlike past conservative parties, it would not be fighting a controlled retreat but going on the offense, seeking to replace a dying system with something better.

At Amerika, we have tried to illustrate this type of better world we’d prefer. One based on consequences and organic wholes; on time-honored traditions, and eternally successful strategies that produce not just quantitative victories, but qualitative ones.

What would this future conservative world look like to you? Let ’em fly in the comments.