We are privileged to conduct an interview with Jack Donovan, writer and publisher of masculinist theory and dissident opposing the nanny state. His latest work, The Way of Men, is a comprehensive theory of masculinity and tribalism that presents profound challenges to modernity — and vital suggestions for what comes next. 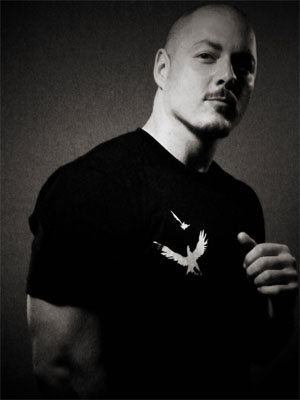 Your writing style seems like a cross between a Jack London novel and an instruction manual for a computer programming language. What are your influences?

Iâ€™ll take any comparison to Jack London I can get. London wrote for average men. Like Wolf Larson, his stories grab you with authority and drag you along for the ride. I try to keep in mind the fact that I am writing for men, and most men want you to get to the point.

I broke a rule of writing in The Way of Men by using the word â€œyouâ€ a lot. Itâ€™s formally considered presumptuous. But, instead of speaking to a general audience, I made it personal. I wanted to show men what I was thinking, but I wanted to put every reader in a situation where he had to think and make decisions and follow my train of thought. This is often the way men talk to each other and teach each other in real life, so I figured Iâ€™d give it a shot.

I was also presenting a kind of system, a â€œwayâ€ of understanding manhood — so that might have contributed to the â€œinstruction manualâ€ feel you are talking about.

The underlying themes of this book seem to be the need for tribalism, specifically an identity as “Us.” Do you see these topics having a broader reach than men’s concerns?

Men make up a pretty broad audience. Weâ€™re 49% of the population. And of that 49%, only a few are really moving the chess pieces on the global game board. If you break into smaller groups, a higher percentage of the men are relevant. I think feeling as though his influence over the group is relevant is important to a manâ€™s sense of self worth. Itâ€™s why democracy is so attractive.

People feel like what they have to say matters. You can have general consensus in a small, emotionally connected group. But as that group becomes incomprehensible in scale, people become aware that the consensus is being manufactured without them — even in spite of them. This sense of powerlessness creates a general apathy, and tends to make the people who do care seem like suckers.

I donâ€™t know if it can. I think we need cycles of destruction and rebirth. We may crave â€œsustainabilityâ€ but the human mind canâ€™t comprehend â€œforever.â€

You gave a truly excellent radio interview in which you said that one aspect of tribalism for you is that you like to live near people like yourself. How do you define this group?

There are a lot of ways I could define that group. In an ideological sense, I want to live around people who have the same ideas about how the world should be, because that means we are all working in some harmony and chugging along in the same general direction, rather than working against one another. People â€œlike myselfâ€ would also be people who share a similar frame of reference, so that we can speak in a cultural shorthand, understand each other, and trust each other to some degree. I grew up in a white American middle class family with solid working class roots. I am not from millionaires or French aristocrats, and I donâ€™t know â€˜bout no ghetto. My pap worked on the railroad and my dad plays horseshoes. Iâ€™ve never worked on a train and I suck at horseshoes, but I have a connection with folks like that. Those are my people.

Our modern world seems built upon utilitarianism, or the idea that “what (the most think) is good for the most is best.” Your theory that men need to fulfill tribal roles seems to be an existential task, measured by the quality and aesthetics of existence, in defiance of utilitarianism. Is this the basis of an alternate view of human society?

Absolutely. Most people want to buy flashy disposable stuff, get stoned or drunk, and watch petty dramas on bad TV. Many human advancements have resulted from wanting those things and having the intelligence to figure out how to get them. However, the struggle of getting them is also part of our humanity.

In The Way of Men, I asked â€œThe Conan Question.â€ I asked, â€œWhat is Best in Life?â€

It is natural for humans to seek security, to want comfort and plenty, to crave pleasure. But is that all? I donâ€™t think it is. I think that is the easiest and safest thing that elites can provide. Without struggle and strife and identity, our lives lack narrative and meaning. Narrative and meaning are also important, especially to men. Ask men why they volunteer to join the military or gangs, or why they take on a task thatâ€™s harder than it has to be. Men want the story of their lives to be worth telling. And stories without conflict are boring.

In alluding to William James, who proposed an outlet for young men through surrogate warfare against social challenges or problems, you also connect this idea to a strong tribal identity. Do you think such outlets exist?

I donâ€™t know if the idea of peaceful warfare would really work. That was William Jamesâ€™ thing, because he was a pacifist. A state could create programs to keep men active and engaged and connected, but they would have to be sex-segregated, and marketed that way, to appeal to men as a viable substitute for primal gang activity. The American government is committed to serving women, who make up a larger part of the electorate. Leaders of women, whether they represent the views of average women or not, refuse to allow the nurturing of different sex roles or sex-segregated activities. So while, some state could create a corps of men to, say, â€œfight pollutionâ€ by sending them to dangerous locales to suffer together while cleaning up oil spills, our state canâ€™t. Universal suffrage guarantees that women will gain a more prominent influence over the direction of government, especially over a long period of time.

Women do not want men in isolated groups together without female supervision, because women know that brother-bonded men set their own values and stop looking to women for guidance or approval.

The Men’s Rights movement wants men to have equal rights to women, who get a government rights subsidy. You seem to be proposing that some rights or roles exist for men alone. Do you think the MRM is barking up the wrong tree?

The MRM is a feminist movement. The poor bastards just donâ€™t know it yet. Equality between the sexes is the stated goal of the feminist majority. However, feminists are humans, and because they are human they will ultimately protect and further their own interests, and that will lead to inequality. The MRM recognizes that feminism is creating inequality, but refuses to deal with the reality that equality is an impossible goal. It dooms itself by following behind feminism, shouting the same slogans and carrying the same signs.

Further, the MRM seems to take the female view on happiness, meaning that happiness the result of security, plenty, and health. The MRM seems to accept a bizarre fiction — that men were the true victims of patriarchy. They base this on the idea that men had a lot of responsibility, and that they were forced to fight wars and sacrifice themselves for the greater good. It seems absurd to me that men would have lived like that for all of human history if they didnâ€™t want it.

Men had more power throughout history because they had the ability to take it, and I think they made the world in their own image.

Women today are remaking the world in their own image.

My question to men is: â€œDo you want to live in that world? And if not, what are you going to do about it.â€

In this space, can you tell a little bit about your current and future projects, and where you hope this book to fit in with that plan?

My main project for the past year has been writing The Way of Men. Right now, Iâ€™m mainly concerned with getting the book into the hands of guys who will get something out of it. Iâ€™m also looking forward to writing articles that build on the ideas in the book. You and I had a back-and-forth about masculinity in blogs a couple of months ago, and I had to hold back a lot of my best answers because I wanted the ideas in the book to feel new when people read the book. Now, I get to write with The Way of Men as my point of reference.

Iâ€™ve also started a small publishing label, [DISSONANT HUM], and I would like to help men who write about masculinity and related topics get their work out there. Anyone can self-publish these days, but having a third party involved still says something to readers. I can also offer design and formatting. A lot of writers are just writers, and could use a bit of help in that area. I recently re-published a pamphlet by English thought criminal Simon Sheppard as kind of a test run. I will be looking for more projects to publish as time goes on.

Beyond that, Iâ€™m hoping to scratch together enough from this book to become a certified tattoo artist (Oregon is the only state where you legally have to go to school for it. Thanks, nanny state.) I was making art long before I started writing, and working as a tattoo artist seems like it would a natural complement to my work. Classic American tattoo flash art is all about manly nihilism and violence and primal gang masculinity. I could hang out and talk about that kind of stuff all day long.