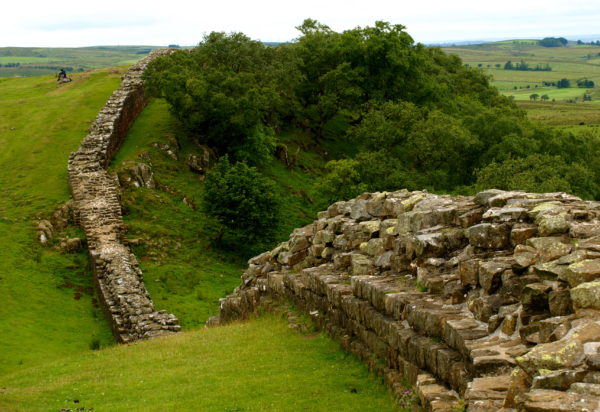 The UK has decided, through internal political machinations, to go against the vote of its people and thwart the move to exit the EU, hoping to throw a wrench in the works by referring the question back to the enemies of Brexit:

â€œThe issue in front of the High Court was whether you could undo statute law by a proclamation, by the use of the royal prerogative saying â€˜we are leaving the EUâ€™, thereby depriving large numbers of people in this country of statutory rights enacted by the Parliament of the United Kingdom which they currently enjoy,â€ the Conservative MP told Sky.

â€œAnd what the judges said is â€˜you canâ€™t do thatâ€™. So whatâ€™s needed is for the Government, I think, to introduce a piece of primary legislation.â€

This represents a betrayal of what the vote decided, cloaked as procedure, as is common in law, where people argue from the words on the page instead of the spirit of the law, and therefore frequently make laws turn against their original purpose.

As stated in the past, democracy is failing in the UK because liberal democracy is failing everywhere. As the debate over the US Constitution shows, one cannot write words on a page and have them interpreted consistently and according to their original meaning over time.

The fiction is that people read a law to figure out its purpose and then apply it. The reality is that people are forced to have biases because of the tempest of complexity and irrelevance flung at them by reams of paper, and so they read the law for what they want it to say.

Their interpretations rely on altering the meanings of the terms upon which the main point relies, and in doing so, they are able to invert the law and make it mean the opposite of what it originally did. In America, for example, “equality” meant that no person was required to support any other. That has not been true in American law for centuries.

Democracy has failed everywhere because it is based on the notion of equality, which holds that we can write down laws or ideas and have people in the future interpret them correctly because they are “equal” to those who wrote them. In reality, people do what they are wired to do, and are fundamentally dishonest about it.

At its core, Brexit was a vote against having powerful government that manages all of life. Modern life will kill us all because it is miserable, generally owing to its bureaucratic nature with endless red tape to make daily existence frustrating, boring and ugly.

That occurs deliberately. Those who have less to offer, intellectually and morally, do not mind tedium. They use it like a fever to burn out the infection of intelligent people, not realizing in their own arrogance that these intelligent people are the source of the wealth and power of that society.

In other words, stupid people do stupid things, because that is all their minds can handle. With equality, they are given license to destroy, and this is what they intend, because the ideology that defends them requires they remove all competing forces like morality, culture, heritage, caste, family, religion and values.

This translates the population into people who are essentially ostriches. Whatever happens, they rationalize as good, and then take advantage of the new flexibility they are given. Removing those competing forces gives the individual the ability to engage in selfish, degenerate, perverse, illogical and insane behaviors, which is what the herd of stupid — knowing their intentions are stupid, and therefore falling into these categories — desire.

The West is not reproducing because it has made life existentially miserable for people. They get up, and must fight their way through idiots in order to do tedium driven by the stupid decisions of others for the purpose of getting enough money to momentarily buy the ability to slam their door on the world. We hate our society because it is hateful and it wastes our time on the irrelevant in order to flatter fools that they are important.

Our “intelligentsia” like to congratulate themselves for being smarter than ancient cultures. And yet those cultures had the wisdom not to write down their ideals in words, but to keep them alive through the natural intuition of intelligent people.

As said before, you either have the best oppress the rest… or the rest oppress the best, and your society fails, just as ours has. Right now we are merely carving up what is left to see who will have enough money to escape — “exit” — and who will be left behind to be absorbed by the third-world grey race left in the ruins.

In the meantime, the will toward Brexit remains strong. Despite the dubious polls, the media blitz and the Cathedralist political elites claiming it could not be done, most voters wanted it. They want to get off the train to globalism, Leftism and civilization breakdown.

This means that the battle lines are drawn. The Establishment/Cathedral has essentially told us that in order for sanity to return, government as it is must be replaced. Those who get wealth and power from following the ideology of government must also be replaced. In short, the power structure needs displacement.

It is unfortunate for them that they have chosen this path. By obstructing, they have made themselves the enemy, and justified their destruction. Not surprisingly, they are doing the same in America and the EU. The parasites like the easy living too much to give it up, and so it is time to de-worm the West so we can begin rebuilding it.

Tags: brexit, parasitism, the cathedral, the establishment, the law is an ass