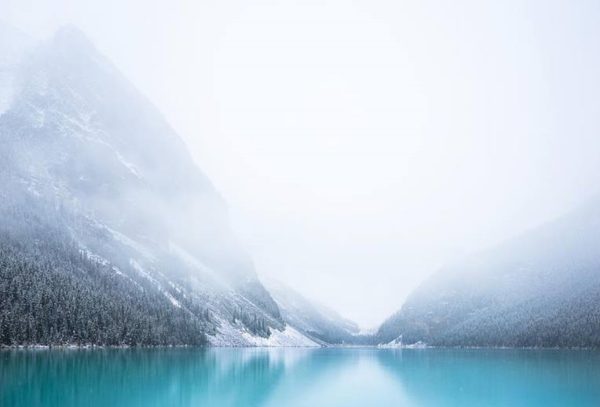 Ideological movements have a habit of creating the opposite of what they intend. This occurs because they treat effects as causes of themselves; for example, they want “equality” (lack of risk of social exclusion) and so they mandate it directly, instead of realizing that it must be achieved in fact before it can exist in theory.

Perfect is the enemy of good, they say, to remind you that waiting for perfection prevents you from accomplishing your task. But by the converse, good is the enemy of perfect, which tells us that most people stop at good and never aim higher. Ideology creates a permanent perfect that both prevents good and, by being good enough, discourages improvement.

This means that once ideology strikes, it does not let go until the end.

Visualize civilization as existing on an arc. This arc first goes up, then comes down. While the arc is heading upward, long-term and short-term goals are the same because those are dependent on society. On the downward stroke, however, the long-term goal becomes destruction of the civilization to restart the process, where the short-term remains with trying to keep the leaky boat float to avoid risk, terror and immediate personal loss.

Our peak was long ago and then we entered into a bad time. This happened not because we failed, but because we succeeded and beat all the previous threats; those with some experience of life knows that to succeed means you face new unknowns and deadlier threats. We reached the level boss of civilizations, which is internal decay.

To beat internal decay, you have to keep people unified on a positive purpose while removing those who are useless and stupid. This takes a steady hand and is hard to do because all the other societies around you will begin attacking you because, being unable to succeed, they think they can succeed by simply taking your stuff, although they will be unable to replicate it and therefore will fail.

One force stands in favor of internal decay: our own fear. We, as individuals, fear being excluded. We worry that a moment of inattention will reveal us as worthless, and the group will eject us. For this reason, a group within the group forms dedicated to the idea that all are welcome no matter how much they screw up. This group takes over the society, but its “ideology” of universal inclusiveness (equality) runs away from it, and soon takes the place of its original intent. The virus subdues the patient.

Imagine that it is 2018. The leaked “election results” from July 2016 in fact became the numbers that were reported, and Hillary Clinton waltzes into the White House. Or rather, she is elected; before she can take office, however, the parts of America that are not merely benefits leeches raise their fists in anger and for the first time, take action.

Looking at the possibility of quelling a rebellion, President Barack Obama instead maneuvers the USA into war both in Syria and the South China Sea, conflicts which soon spill into Europe. He uses this to make it seem morally outrageous to rebel at the time that “your country needs you.” He recites all the old Kennedy speeches.

It seems to work. People join together and set up an industry based on the war, and everyone else goes into the service. Even the illegal aliens, LGBTQ, women and minorities join in. Soon America has a gigantic army in the field and, despite going $100 trillion into debt, is able to push back the Russo-Chinese front.

All seems to be going well until India and Brazil jump in on the side of China. The third world wants revenge for colonialism, and the USA finds itself short of allies in South America, Central America, Eastern Europe, and Asia. Even the UN turns against the USA, finding (correctly) that the USA was not the sole aggressor but the proximate aggressor in this war.

This results in a prolonged conflict which cannot be won. The USA has superior technology, but the soldiers who fought the other world wars are not there, replaced instead by squishy narcissists and do-nothings who wanted to be in the services for benefits and a paycheck.

As a result, the Americans are driven out of Europe and Asia, and finally invaded when a joint Chinese-Indian task force attacks through Canada and drives toward Washington, D.C. American media has refused to report on losses so far, instead stressing how the glorious People’s militia is driving across the Rhine into Russia, and now must admit that New York is burning and the East Coast may be lost.

Despite this setback, the Americans put up a furious fight around their capital city, mainly because the units defending here are most like those from former wars. To save time, the Russians lob a battlefield nuke into Washington, D.C., destroying the soldiers there and such American icons as the Lincoln Monument, White House, Congress and Vietnam Memorial.

Millions of members of the Historical American Nation (HAN), namely Western Europeans who have been marginalized by Leftism, look at the rising fist of flame that is a fresh mushroom cloud with awe and gratitude. The long nightmare of being presumed guilty and constantly shaken down with racial animus is over. Diversity has failed.

In fact, commentators note that this is not just the failure of America and its Constitution, but a Berlin 1945 moment for liberal democracy. All of the old ideas, starting with equality, have failed. A new world is upon us.

Having realized that, the actual Americans — not the pretender Amerikans — assemble their weapons and prepare to drive out the foreign Asiatic invaders, much as they drove away the Siberian Indians and Mexicans and finally fought the Chinese in Vietnam and Korea, just as their ancestors fought Asiatics across Eurasia in the days before history.

It will be a costly war, but at least it is not a war within. We are no longer divided. Those who act against our interests we eject; those who attack us, we destroy. Existential stress drops despite the constant warfare because finally, the world makes sense again.