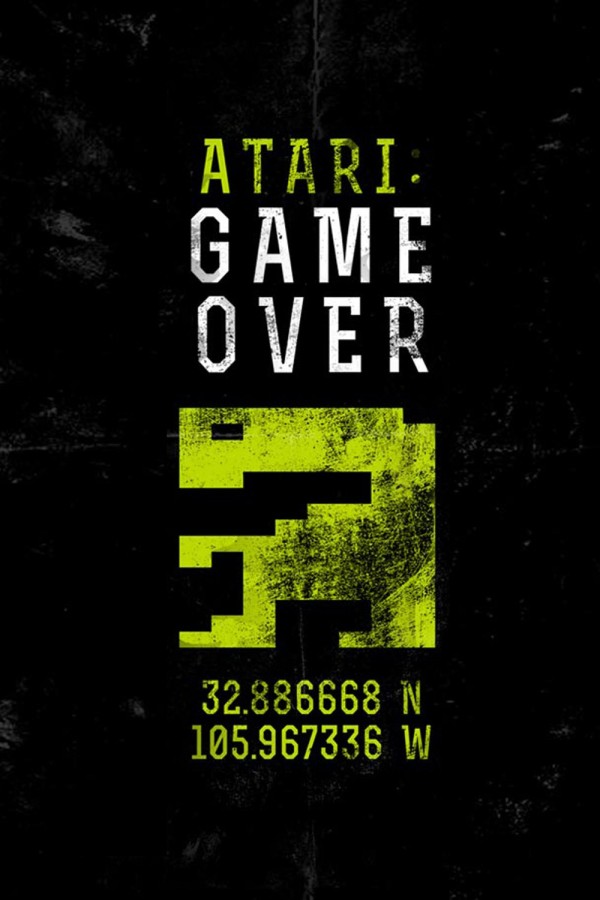 This short documentary appeals not only as a story of an interesting time in technology but as a parable for collapse. It presents two versions of the collapse narrative: first, the common and popular one that a bad game named E.T. doomed the company, and second the more nuanced view that seems closer to history.

As popular history relates it, E.T. the video game was the product that killed Atari. In humiliation and desperate straits, the company hauled a few truckloads of game cartridges out to the desert in Alamogordo, NM and buried them just before it collapsed. The symbol of the game was seen as its epitaph.

Atari: Game Over covers the archeological dig to recover these game cartridges and, in telling that story, also tells the story of Atari. Many of us now would find it hard to believe, but Atari was in its day the equivalent of Google, Amazon, Microsoft or Apple. It was the first huge technology company to go from a tiny edgy outfit to the cornerstone of a new industry and a little over a decade after when it was started, it collapsed entirely and vanished from the market. Its primary product, home video game consoles, did not recover until the introduction of the Nintendo some years later. A few additional forces acted on that situation, such as the rise of personal computing and the fact that game console technology was in a lull so that people were not buying new consoles, but key players in the story including Atari founder Nolan Bushnell and E.T. wunderkind programmer Howard Warshaw tell their story, revealing bits over time.

On the surface, much of this movie is hipster fodder for the wide-eyed tourist types who got excited about video game nostalgia, an event which in itself speaks ill of modern culture. A good deal of video game fetishism occurs and a significant portion of the interviews and video clips are gratuitous. However, a movie can be forgiven for knowing its likely audience, and so when greebos, geeks, duffs and nerds show up to gigglefart over some trivial detail of video game history, it fades into the background of living in a modern time when just about everything is commerce for the shallow end of the Bell Curve. Throughout these interviews, however, a striking truth emerges: E.T. was not as bad as was claimed. And then, the details of the collapse of Atari also emerge. The company was not damaged by one video game — a former Warner Brothers CEO refers to that allegation as “just stupid” — but was already in hot water at the time. Its real problem was that its market had dried up. People bought the Atari 2600 game consoles but then had no need to buy another one. Like with the cellular phone boom, soon everyone had the gadget, and until the gadget radically improved, they had no need for others. This was born out by the spate of even technologically superior consoles which failed to take off in this time, a factor the movie did not cover.

As the players in the saga reveal toward the end of the film, Atari died from internal problems. Its product did not have an audience. Its expenses were through the roof. It had no plan for the future. And, in the proliferation of these disasters, denialism ran rampant. Leaders focused on trivial problems instead of the elephant in the room. This distracted them while waiting for the end. While E.T. was a sales failure, much of this had to do with the over-hyped advertising and the massive popularity of the movie on which it was based at a time when video games could not technologically approach that level of cool. The fate of Atari was written long before the game and was dictated by market forces in the end, but even more, by the failure of this vital company to change itself to sell different products or to make its own product more effective.

While the surface drama of the so-called “worst video game of all time” and the hilarious urban legend of its mass burial provides entertainment, underneath the surface of Atari: Game Over is a cautionary tale for any group of humans who are trying to avoid collapse. Denial of reality kills. The mob, both inside the company and out, will blame some trivial detail for what were in fact structural problems that could have been avoided by pushing aside compensatory and denialist behavior and looking instead to the purpose of keeping the company organized and productive. As current tech titans teeter toward ruin in the absence of their own product improving markedly over the past decade, the grim lessons of Atari: Game Over like those of Edward Gibbon, hover over us like a sword of Damocles created by human instability caused by the optional nature of our acceptance of reality.

Another day… another race riot! | When liberals cannot control discussion, they censor it