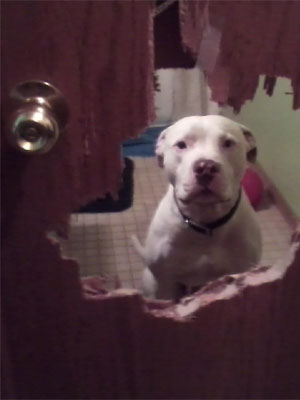 I’m told there was another lugubrious school shooting. I refuse to read about it, because there’s nothing I can do except make myself miserable.

Even more, I’m ignoring the political blather. Gun control couldn’t have stopped this, because if we can’t stop marijuana from invading the country in giant bales, making guns illegal will ensure that any kid can buy one for $60 in the hallway of his high school.

Instead, I’d like to make a point here: the people who do these things have made bad moral choices, but they’re crests of the wave which is the ongoing degradation of our values, morals and conscience in this society.

In order to tolerate everyone equally, we threw away the idea of reality itself and replaced it with pluralism, or, “whatever you want to think is good, we’ll endorse as good because it supports freedom,” which as you know is what terrorists, Nazis, kings, and those who smoke menthylated cigarettes hate.

1. I am talking and no one is listening.

It is easier (always) to go into denial. That lets you keep doing what you wanted to do, instead of forcing you to wake up and pay attention. This applies to personal problems as well, or even tasks we’d rather procrastinate (yes, I’m thinking of my own lawn mowing denialism here).

Not everyone who claims the end of the world is near is right. In fact, most are wrong. What matters is that any of them can be right, and so we have to compare that assertion to what we know. Who among us actually feels like the West (EU, UK, US) is headed in a positive direction?

It’s easy enough for adults to do that. The choice is upon them. For kids, it’s a horrible thought: the future just gets worse and you get forced into a meaningless world that does exactly what all the literature you’ve read in school says not to do, which is living for convenience and wealth at the expense of the soul.

Kids are under more stress than an adult ever could be. Imagine your parents pushing you slowly into a wood chipper. That’s what it feels like, and the more they get to know adults, see what denial they’re in, read the news, etc. the more kids just want to die.

Might as well take a few out with you while you go.

2. Society is incompetent and we’re cruising on the past.

It doesn’t take a sensitive nose to realize that this society is decaying from within. In addition to the aforementioned lack of goal, there’s an ongoing process of losing cultural memory, losing competence in social institutions, and losing standards of behavior.

People can’t even socialize, drive, communicate or be considerate. They are so fixated on their own desires that they have shut out the world. Most of them are oblivious and/or stupid and take great joy in obstructing others. This means that our society systematically discriminates against the intelligent, who might want to shut such people out.

When I go to the grocery store, every single process takes longer because people have nothing in common. They treat each other as impediments to their own good time, and take revenge by being deliberately slow, obtuse, incompetent, etc. It only gets worse when you give them power at a job, a car, a computer or a phone.

Even more, almost nothing works. We are told the opposite is true, but go ahead and try to get something important done in a hurry. Most machines are semi-functional if not non-functional at any given time. Traffic jams clog the city at random. Often whole fields are inaccessible for bureaucracy or dysfunctional reasons.

3. People will pay to make these unsettling truths go away.

The simplest example of this is people rushing to the store to buy a book about a mythical reality in which everything is simple and clear.

You think this is about religion? I’m talking about Twilight, or any of 11 billion self-help books, or all the “academic” books that good middle class intellectuals read to convince them that our problem in society is foot odor, not collapse from within because we have nothing in common.

Any time a problem is mentioned honestly, the ostrich crowd comes out to sell us sand beds for comfortable head resting.

To a child, this says that problems exist, they’re so huge that no one can deal with them, and adults are using their freedom to ensure they never have to deal with them. The name of the game is to die before the results of these lies come crashing down.

In fact, modern people behave like other people are a form of hatred to them. There’s what I want to do, and then everyone else, who’s in the way. The best revenge? Destroy society, but in a passive-aggressive way like saying I’m “doing it for the children,” so I get a nice life and everyone else gets the shaft.

That’s basically the mentality of the Baby Boomer generation right there.

School shootings happen because people are deranged, make morally bad choices, and probably should have been shot dead by their own families, but only sometimes. Sometimes it’s desperate kids. Something the shooter is only the vehicle of the desperation, like an inverse scapegoat who picks up on the misery of it all and is too broken not to act.

Among the school shooters in the past have been many intelligent, sensitive kids who had a lot to offer.

Society is failing, we’re refusing to face it, which just grinds us more into the stress of denial, and means the tragedies will come more frequently from here until the end.