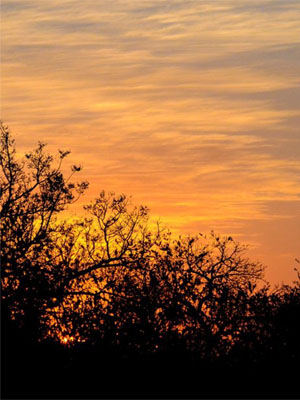 The right has always tried to be a big tent because we acknowledge that within a certain range of reality-based behaviors, there’s more than one way to do it.

For example, you do not have to be religious to be a conservative or even a traditionalist. This upsets a lot of people who tend to repeat the idea that without religion, we are moral-less wanderers without purpose.

This quest for an inherent truth negates the fact that even a truth written in stone is interpreted differently by different people, and the only way to find out the actual truth is to test their “truths” against reality itself. It’s natural selection, filtered through language.

As a realist, I recognize that both religious and secular people have a home on the right. To many religious people, that makes me “secular,” where a better term might be “neither” or “both.” In fact, I’m gunning for the latter: I acknowledge the utility and beauty of religion and metaphysics, but don’t think it should be mandatory.

I am not alone in this. Others have found themselves wanting to divorce conservatism from a necessary religiosity, and some have wanted to dispense with religion entirely. For example, there’s the powerhouse blog Secular Right:

We believe that conservative principles and policies need not be grounded in a specific set of supernatural claims. Rather, conservatism serves the ends of â€œHuman Flourishing,â€ what the Greeks termed Eudaimonia. Secular conservatism takes the empirical world for what it is, and accepts that the making of it the best that it can be is only possible through our faculties of reason.

Part of the reason that people want to swing the pendulum away from liturgical topics entirely is to escape the public perception of the right-wing, as grimly illustrated by Charles Murray:

Republicans are seen by Asiansâ€”as they are by Latinos, blacks, and some large proportion of whitesâ€”as the party of Bible-thumping, anti-gay, anti-abortion creationists. Factually, thatâ€™s ludicrously inaccurate. In the public mind, except among Republicans, that image is taken for reality.

However, it’s probably unrealistic to consider that anything other than a public image problem of the sort that comes about when 90% of your media slants leftist to the point where “truthfulness” is an afterthought to dogma.

One way to fight back against that is to try to drop the offending parties. However, that brings you closer to being like a clone of your opposition. It might be strategically more sensible to instead choose to emphasize the big tent nature of conservatism, which is that it’s where religion and agnosticism can co-exist peacefully.

That leaves our other option, which is “both.” How can you be both secular and religious? Some secular people will scream out that you are religious, and some religious people will scream out that you’re secular. But therein is the value of this approach. It unites all people who can think pragmatically and tolerate both secular and religious, and filters out the fanatics of all stripes.

For example, it would be highly offensive to liberals, which immediately makes it interesting.

From the “both” category, an interesting explanation of selective secularity from a gifted theologian:

I believe that it is entirely possible to live a moral life without Christianity as the guide. The belief that a person cannot reach the conclusion that certain things are bad for them (e.g. sexual liberation) without the context of God is absurd. I am above all a consequentialist. That some actions had negative consequences and should therefore not be engaged in is a logical conclusion. That most of the world seems to continue to engage in behaviors that lead them to ruin is a function of human denial, not a lack of God.

This point is worth repeating: morality is not defined by the inherent truth of the universe. It’s defined by us looking at how the universe operates, and realizing we can (roughly) predict the outcome of our actions based on past results. This means we can act in a way to achieve results that we want.

At this point, we only have to compare the different possible results and see which ones turn out well. We can’t make someone want a good outcome, just like we can’t convince heroin addicts to quit shooting up and can’t convince the average person to bypass the junk food for a solid but less-exciting meal. But we can unite all of us who want a good outcome on the logical, scientific and historically-accurate method of comparing outcomes.

This is why I believe that the only way to change the world is through a logical approach. It worked with cigarette smoking. We all know the consequences of smoking on health. The same is true for a number of sacred cows in the world: premarital sex, cohabitation, gender and race equality, world peace. These holy icons of the modern age need to be slain and they can be so destroyed through the employment of logical thought.

This is what New Right thinkers refer to as a “metapolitical” view: a wave of cultural change alters attitudes, and through those attitudes we filter our political vision, such that we don’t try to shift society politically, but shift the ground on which politics and social institutions stand.

It is this type of view that can benefit from a “both” approach to secularism. We don’t need another generation of fanatics dividing lines between our people. We need a common sense approach, and common sense is what unites the secular conservatives with the religious ones.