As Always, The People’s Revolution Will Give You Nothing, Good And Hard 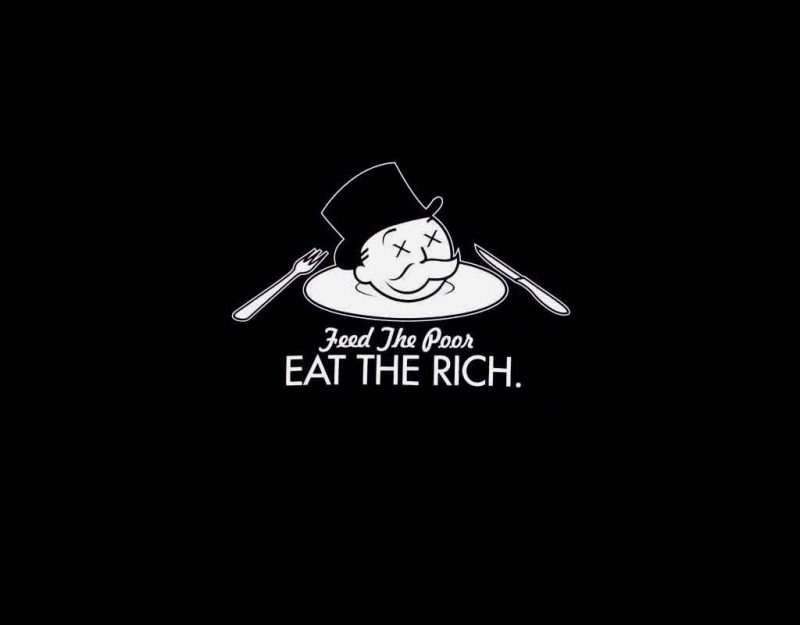 You can tell when some hard-blowing Lefty totally sells out. They say things that even I agree with. They don’t even say them with Officer Chauvin’s knee on their neck. They actually volunteer well-thought-out arguments that don’t involve picking some (((Goldstein))) to ream out on behalf of INGSOC. They actually suggest addressing problems that exist right now rather than whinging over crap that happened 50 to 400 years ago. James Howard Kunstler can continue being as queer as a 3-dollar bill in a three-way all that he wants. He’s done as a legitimate Leftist.

Change? We’re getting it good and hard, and not at a rate we were prepared for. It’s hugely disorienting. It produces friction, heat, and light, which easily becomes violence. There’s, for sure, plenty we can do to make new arrangements for American life without becoming communists or Nazis, but a lot of activities have to fail before we see how that could work. The overburden of obsolete complexity is crushing us, like Derek Chauvin’s knee on George Floyd’s neck. They were both, in their way, common men, caught in the maelstrom of metaphor. That proverbial long, hot summer we’ve heard about for so long…? It’s here.

Change? Don’t we all want change? Not if you are comfortable at all. Change is what the Nino Browns of the world threaten you with. As in “Sit your $5 ass down before I make change.” But doesn’t that just make me a honkey revanchist who just wants to save my own skin? Sure. To borrow a Robert DiNiro movie line. “It covers my body.” Don’t make me have to get my flensing knife out and wear yours instead. It might just look unfashionable if it’s too small to fit.

And yet these idiots talk all the time about a revolution. They may not realize it yet, but we’ve had a slow-motion one in progress for over 400 years now. It began in England, with Oliver Cromwell. There is no purificationist lefty who isn’t Cromwell’s spitting image in some malignant aspect.

Western Humanity has tried to do something worthwhile with what Oliver Cromwelled down our throats ever since. They couldn’t, so they made darn sure that it got exported to Russia, Africa, The Middle East, and China. Since we crapped on our own dinner plates, we certainly couldn’t allow the rest of the world to appear obviously more intelligent than we were. The hatred of competence and decency that is Leftism had to be exported and kill the rest of the world the way it is killing us. If our evolution runs in reverse, then every other odometer on the planet must be run backwards just to be fair.

So now we are coming to the final chapter, where Amerika reaches the ultimate thermodynamic destination, in which we have malignantly propelled the rest of the world.

Nothing, not even something on the level of proximate complexity to Bohr’s Hydrogen Atom can survive there. Mathematical Physicists substitute hope for science and write that Absolute Zero is a mathematical contradiction that will never exist. People in 1912 Russia probably believed the same about Bioleninism.

In one neologism, Spandrell explained the left’s coalition and means of holding power. Bioleninism is the idea that the left assembled a coalition of people who for biological reasons would not be inclined to succeed or reach high status due to their abilities or natural traits. This is strong glue to make them loyal to whatever dumb or insane idea the left spits out, as well as support whatever economic shenanigans benefit the true owners of the party. Bioleninism is beautiful in its simplicity.

One of Vladimir Lenin’s near-contemporaries, Franklin Delano Roosevelt, saw that Bioleninism worked as well as terrorism for taking over and ruining civilization. You just had to be more patient and put up with obnoxious intellectuals until they were no longer necessary. It all became a game of stacking the voting blocks in a quadrennial squabble over whose lives got to matter.

Today we describe the nefarious contributions of the odious FDR. Follow the so-called “inside baseball” coverage of Amerika’s quadrennial electoral eructions and you’ll always hear some detestable, soul-sucking ghoul-geek like David Plouff or Karl Rove discuss how they intend to stack up the voting blocks. You get your Black Block, The Hispanic Block, The Women’s Block, The Working Class Block, The Evengelical Block, etc… Just slam all these people into equivalence classes and collect them and trade them with your K-Street friends. All the fascinating things that Hedrick Smith talks about in The Power Game. Politics as a self-licking dog-feces ice cream cone. Politics reduced to an evil, self-perpetuating vote-sucking machine.

Why do you assemble this vile orc-tribe of the morally and intellectually unfit? Because they will do anything for the give-me-thats. Their entire participation in civil society is a game of how hard they can rape it for what it is worth. The winner is the one who can simultaneously stand down and befriend bad, old Corn-Pop. This, like a lot of the brilliant and witty things Joe Biden tells us, would never happen in anything that resembles the real world.

In the end, when 13% of your population commits 52% of the murders, mathematics dictates that the day will arrive when they come for you. We called that logic racism when John Derbyshire courageously warned us. You stand them down, or your civil order then dies.

Now, now. That’s just Seattle. The place that gave us Kurt Cobain and then wouldn’t even take what was left of him back. But it’s not just going to stop at Seattle. No more than the Huns just stopped in Central Asia and called it a day. Every day on which we refuse to face evil is one more day where it grows like a cancer. One day there just won’t be enough chemo in the world to make it all die.

To stop the evil, we must understand the evil. The day I learned James Kunstler didn’t stand a prayer of remaining a Leftist came when he beautifully and eloquently explained the evil that is The Revolutionary Left. He once had a professor in college who asked him a simple question about The Illiad. Why did Achilles drag the mutilated body of Hector around The City of Troy three times?

The deeply intellectual lacked profound common sense. Every theoretical, BS, Lefty answer was tossed out by undergrad suck-ups attempting to impress The Great Mind. The real answer was simple and obdurate. Achilles was just that mad. Right now, Black Lives Matter is just that mad. Where is that Great Society Lyndon Baines Johnson deceived them into believing was their due?

Amerika’s Great Society truly embodies the Spirit of Mordor. It must kill and destroy all that it can never create by itself. It must steal, not for the sake of survival, but for the sake of denying survival to the others. If being black means a life of living death, than fairness dictates that lethality must be dealt to all the others as well. Equality must be entropic to ever truly be equal. It can only ever be equal at one value. It all must equal The Zero. That is the only unalienable right that you ever receive as a citizen of a democracy. The nothing that Democracy’s Cuck cheerleaders ultimately deserve. Enjoy your revolution until it condignly comes for you.

Arrested By The Abolished Police | To Be Or Not To Be — Part II: Hierarchy of Metrics