Arrested By The Abolished Police 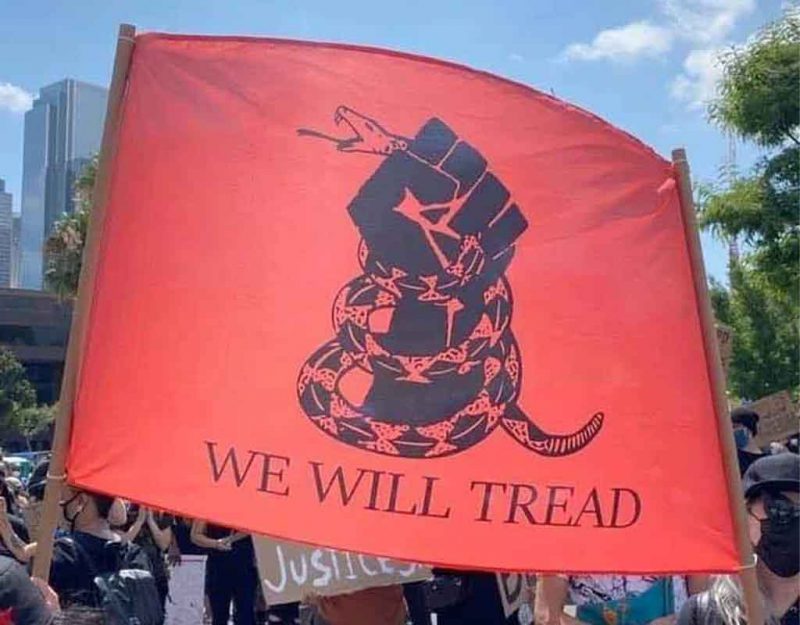 Occasionally The (((Gnu Yawk Times))) Just can’t help itself. The fail-safes go wrong and they accidentally report some vague representation of the truth. Here they go.

Nine members of the Minneapolis City Council — a veto-proof majority — pledged on Sunday to dismantle the Police Department, promising to create a new system of public safety in a city where law enforcement has long been accused of racism.

So Minneapolis is now no longer civilized. They’ve taken away the Police Department and given the streets to the people. Nobody with IQ of a rotifer ever gives anything to the people. It’s not called The Tragedy of The Commons on a lark. The people are very common and absent a rigorous set of incentives to do better, they commonly dork things up.

This where you get the new system of public safety. Once things break apart, bad things happen faster while reliable information travels more slowly. The initial result of disbanding the MPD will look something like the last decade or so in Mexico.

The modern autodefensas movement in Mexico arose during some of the most violent years of Mexico’s ongoing drug war. In 2013, a doctor from the cartel-ravaged state of Michoacán, José Manuel Mireles Valverde, organized one of the first self-defense militias to fight against the Knights Templar Cartel. He initially recruited ordinary men, shop keepers and farmers, to hunt down cartel henchmen and drive them out of their towns.

This will happen when the first brave white people refuse to kneel. Black Lives Matter will then become increasingly sadistic in their violence towards cucks to force decent, non-subjugated whites into feudal subjugation. The whites will predictably arm themselves against The Romney-Honkies who will be sent in to make those “Crackas” calm down. Certain levels of horrible violence will ensue. A narrative will be peddled. The “new system of public safety” will then be born.

The Committee of Public Safety was set up on April 6, 1793, during one of the crises of the Revolution, when France was beset by foreign and civil war. The new committee was to provide for the defense of the nation against its enemies, foreign and domestic, and to oversee the already existing organs of executive government.

Sensitive, caring and progressive guys like Danton, Marat and Robespierre quickly stepped in to define public safety. All was well, the braintrust of fine Leftist philosophical discernment was in charge. What could go wrong?

The Law of Suspects empowered local revolutionary committees to arrest “those who by their conduct, relations or language spoken or written, have shown themselves partisans of tyranny or federalism and enemies of liberty.” In 1793–94 well over 200,000 citizens were detained under this law; though most of them never stood trial, they languished in pestiferous jails, where an estimated 10,000 perished. About 17,000 death sentences were handed down by the military commissions and revolutionary tribunals of the Terror, 72 percent for charges of armed rebellion in the two major zones of civil war—the federalist southeast and the western Vendée region.

Look at the sensitive, caring and deeply inquisitive members of Black Lives Matter and Antifa. Don’t they just ooze moderation and considerate behavior? Doesn’t the idea of Police Commander DeRay McKesson make you want to open up a new factory and feel totally safe? OK, it doesn’t. You totally got me on that one. Now here’s why.

There are two basic sorts of police. Good Police and Stuffbags. Good Police have ideological beliefs in a unified community and a fraternal sense of allegiance to the Big Blue Brotherhood. Stuffbags like the gun and the badge a whole lot more the things those items are expected to protect. They are people who get off on the authority (badge) or on violence (gun). That, or they can embrace the healing evil of both. Which sort gravitates to the new committee of public safety that has nothing to do with the old municipal charter or some boring old Honkey Constitution? If you guessed Good Police, I hope you get shot in the chest when they serve and protect on you so that at least your relatives get the niceties of an open-casket funeral service.

Minneapolis’ new Committee for Public Safety, under the benevolent aegis of Keith Ellison, will get its righteous fill of the Stuffbags. The streets of Minneapolis, or any other city that knuckles under to BLM; will experience ideological policing. There will be no righteous and determinate deontology of righteous conduct. It will all be the old Soviet politics of Who and Whom. Sure enough sux when you get bent over and turned into Whom.

Civil War II would be the positive scenario. The one that broke out in France gave The Bonapartistes time enough to take over before the genocide really got into gear. Here, today, in Amerika, we have Mitt Romney, armed with his Covid Mask, at the BLM Rally. Way to take a brave stand, Mittens. Sorry if you just don’t quite make us see visions of Good Old Bobby Lee. If Mittens and Trump are the best we have right now, I kind of get the impression White Lives are going to get ground up into disgusting, pulpified matter soon in parts of the Revolutionary USSA.

Why Culture Works | As Always, The People’s Revolution Will Give You Nothing, Good And Hard