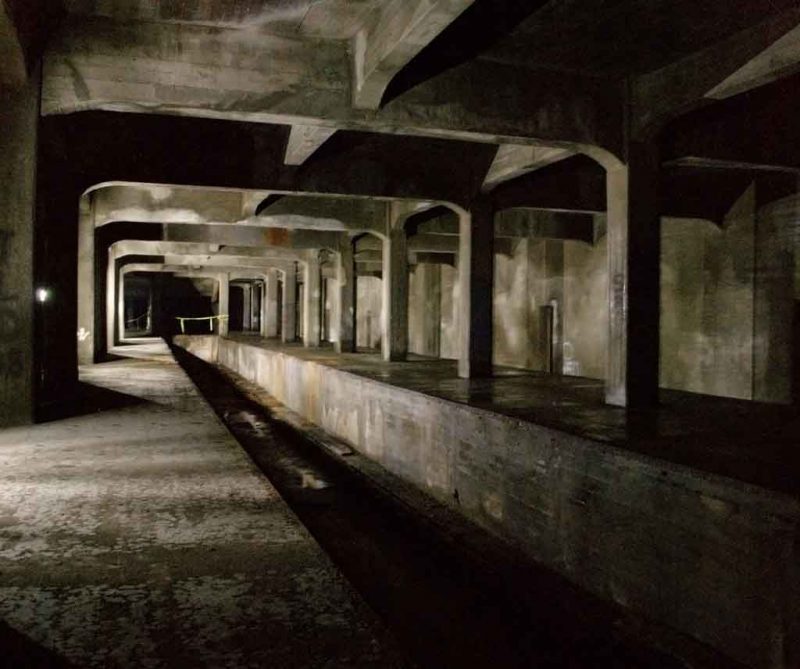 Driving around today, it became clear that most people were heavily distracted. They stopped in the middle of the road, randomly, and paused there for a long time. If you honked, they looked at you, bewildering: weren’t you experiencing the same confusion they were? Or fundamentally: is the world not just an extension of myself?

This happens every time there is an election or political upset. People forget their places in line, buy random things, walk slowly, stumble, and fall. They are confused. Their programming has been interrupted; they thought they knew it all, and here comes something anomalous to interrupt their cozy vision of the world.

We see their fear in the moment but forget that this implies an even greater underlying fear. They do not trust life itself. They realize that their position is precarious; like anyone in difficult times, they hope only to make it through the line, and get their bucket of gruel or whatever they need to survive, and then worry about tomorrow in the light of a new day.

This reveals however that no one believes that what we have going on now will last. We know that we are in the late stages of democracy, which is itself a later stage of civilization. We are aware that we are dying as a civilization, and that everything that we have contributed to will become landfill forgotten among the ruins like everything else.

People live adrift. Without any sense of purpose except themselves, they look for options that provide what they think they want, and when those prove insufficient, move on to something else. They connect to nothing. They live in a world of quantity where if one thing fails, they move on to another, never refining something to a state of goodness.

This calls to mind the idea of anomie, or atomized listlessness:

anomie, n. — a state or condition of individuals or society characterized by a breakdown or absence of social norms and values, as in the case of uprooted people.

We are an uprooted people. Without a culture in common, we rely only on economics and politics, doing what makes sense from a cost/benefit perspective and which does not offend the dominant ideology, upon which we depend for fragile bonds with our fellow citizens.

We know that everything is broken, on some level. Our products and software are glitchy and primitive. Our cities barely function, with sloppy obese employees doing the bare minimum. Even industry bloats and slows down, unable to fire people who perform badly or even figure out what its customers want.

Everything is choked with humanity, the needs of the herd outweighing the need to be good, with each individual demanding autonomy to the point that the task becomes distantly secondary. Our politicians are not just liars, but dumb liars, but since the voters are dumber, they get away with it. Our “culture” is advertising and the lowest common denominator.

We should ask ourselves the vital question, “What is the health of our civilization?”

Sources differ. On the Left, they think everything is going really well, or at least was under Obama; on the Right, we think that Obama was a horror, that America was fundamentally transformed by his reign, and that we have been going down a bad path away from things proven to have good results to things that the Left likes because they think those will bring about more “equality.”

Others see that we have lived in a century of darkness following several centuries of deep confusion. In 1918, with the end of the first world war, most people saw that we were in decline; fifty years later, in 1968, the Left took over and threw out the people who might know better. Fifty years after that, in 2018, we are trying to counteract the decline.

The rise of populism suggests not so much a new idea as a rejection of the Leftist ideas of 1968 and the moribund depression which has gripped the West since 1918.

A good number of people have figured out that the Leftist “fundamental transformation” of America has ruined it and more Leftism will make the problem much worse:

The sense that the nation’s culture and way of life have dramatically changed is reflected in a PRRI “American Values” survey that gauged both political opinions and “cultural alienation.”

It found that 47 percent of Americans now say that things have changed so much, they “feel like a stranger in their own country.” A slim majority (51 percent) disagree.

Nearly six in 10 Republicans say that things have changed so much they feel alienated; 42 percent of Democrats agree.

Was there a better era to live in? Americans are divided on whether the country’s culture and way of life has changed for the better or worse since the 1950s. Fifty percent say such change is for the better, while 47 percent say culture has gotten worse according to the survey survey.

The 1950s were our last era before Leftism took over in the early 1960s. The 50s were not an ideal time, perhaps, but they were a time where our society was not managed by Leftist ideals and bureaucrats. For that reason, many look to it as flawed but less flawed than the present day.

In other words, conservatives see their duty as to stop the misguided Leftist revolution of the 1960s more than to have any forward plans of their own, mainly because any forward plans we could conceive of would involve a society so alien to Leftist ideals that civil war would result. This is why conservatives have existed in a de facto condition of surrender since the 1950s, or at least 1957 when desegregation heralded the beginnings of Leftist rule.

Some sources point out that this counter-revolution has become serious now that we can see tangible proof of what the Left wants to do to us:

He was puzzled therefore why a number of thinkers associated with the Claremont school held “that things almost could not be worse” and that it was therefore necessary “to mount a total revolution.”

Levin and like-minded conservatives have matters backwards. Multiculturalism, not Trumpism, is the revolution. Trump’s campaign, and its defense by his intellectual supporters, was not a call for a revolution but a call to stop a revolution. Trump’s intellectual supporters did not say things could not get worse; they said without a sharp change in course there was a good chance we shall never get back home again.

Trump’s entire campaign was a defense of America. The election was fought not so much over policies, character, email servers, or James Comey, as it was over the meaning of America.

We must ask: what is the meaning of America? For the founding fathers, it meant a chance to live in sanity where Europe had fallen into religious and political wars. For the Left, it means that America becomes a means to the end of their quest for global equality, which always means taking from the successful to give to the unsuccessful.

America now would not recognize 1950s America and vice-versa. The streets are filled with people from all over the world, crime and corruption are normal, none of our public institutions function reliably, our mass culture is shouted obscenities, our government is mostly run by insane tyrannical bureaucrats with graft on the mind, and we produce little of practical value but keep expanding, forcing us to invent more jobs for everyone who wants to come here, and more useless activity to justify them.

We live in varying degrees of anomie. No one expects the system to do anything good, but everyone hopes that it holds on long enough for them to retire and escape. We have no forward or positive goal, only the backward-looking fear of not maintaining the system long enough for us to gain our egress.

This makes us timorous when elections come around. We do not care if we survive, only that we avoid the next big fear, which would be anything that destabilizes the system. Committed to our own destruction, we fear the chaos and conflict that might break us out of this mold, and as addicts to our own doom, cling to the very thing that bores us and saps any meaning in life.