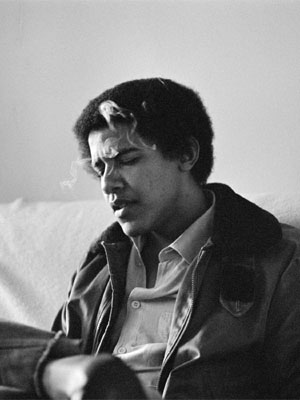 In earlier years, I was influenced by my peers (who repeated what they saw on TV, in rockstar/moviestar interviews, and heard from their teachers) to think that all conservatives were evil or at least a secular equivalent of it, greedy, selfish and cruel.

With that as our perceptual filter, it was easy to see people like Ann Coulter as not only somewhat vile, but also as pandering to the dumbest and lowest instincts of humanity. To be seen reading Ann Coulter was like admitting that you weren’t sure what letter comes after “R” in the alphabet.

With more experience of the world, I see Ms. Coulter as straddling several worlds: she wants to be a foremost conservative thinker, but wants to be a popular one, so she preaches a simplified version of reality with abundant humor and vitriol in order to engage the herd.

This makes her like many of us a person with two masters, reality and popularity. Our entire society is based on this concept and it does us no favors, yet we cling to it because we fear that turning against it will make us social pariahs. And then where do we find clients, lovers, friends, favors and bowling buddies?

I take the social risk of reading Ms. Coulter because unlike many conservative commentators, she advocates for conservatism as a practical idea and is not afraid to point out the insanity of liberalism. Perhaps she seems more than our academics who focus on details. Sometimes the truth is crude, vitriolic and funny.

That being said, I have to take her to task for her most recent column, which is so correct that it misses the bigger point:

This is not to diminish Reagan. It is to say that Romney wasn’t the problem.

To the extent Republicans have a problem with their candidates, it’s not that they’re not conservative enough. Where are today’s Nelson Rockefellers, Arlen Specters or George H.W. Bushes? Happily, they have gone the way of leprosy.

Having vanquished liberal Republicans, the party’s problem now runs more along the lines of moron showoffs, trying to impress tea partiers like Jenny Beth Martin by taking insane positions on rape exceptions for abortion — as 2 million babies are killed every year from pregnancies having nothing to do with rape. – “Romney was not the problem,” by Ann Coulter, November 21, 2012

She is absolutely correct in that there was nothing wrong with Mitt Romney and in fact, he represents the greatest of conservative attributes and a new plan for conservatives, which was to try being actual conservatives instead of neoconservatives/neoliberals/RINOs (these terms all mean the same thing).

However, she missed the bigger point: this is a culture war, and it’s not being fought for culture itself.

It’s a struggle by individuals to appear better than others.

In that sentence is revealed not only American politics, and European politics, but all politics in egalitarian regimes. When we’re all the same, we have to differentiate ourselves.

How do we do that? By having better opinions than those of others. By being more altruistic, more egalitarian and more compassionate in appearance than others.

We’re not being altruistic, egalitarian and compassionate for those we claim to help. No — this is pure show business. We are trying to appear better than others so we can be more popular and succeed more.

It’s what celebrities do. If you’re a celebrity, you don’t go down the street to help Mrs. Smith whose husband just died and left her with three starving kids. You go to the darkest corner of the earth, find an orphan with war wounds and hopefully AIDS, and try to “help” that poor soul in front of the cameras. The show must go on.

Democrats have won over a huge portion of our population because our society is unstable and thus, people live in fear. They don’t have any power. They perceive that they can have power by joining the Democrat gang by having the right opinions.

It lets them look down their nose at someone who is socially acceptable to mock, namely Christians, whites, rednecks, poor people, the “uneducated” (which they mistake to mean “the dumb”) and so on.

Republicans are losing because they have not found a social higher ground that makes Republicans appear more educated, intelligent, powerful and ultimately compassionate, although they are.

The election of 2012 was lost in the media, in academia and in popular culture. (This side-steps the issue of Romney’s 47%, who are still bad news, but a result of the phenomenon of white liberal altruism, not a cause of it.)

Democrats have successfully portrayed Republicans as the party of greed, stupidity, poverty, ignorance and cruelty. A compliant media, desperate to do whatever’s popular, and a lost population who just want some political power of their own, have been complicit.

The result is a whole country brainwashing itself about Democratic ideas — which provably do not work — and varnishing itself with self-praise about how enlightened it is.

That’s the next crusade we must undertake: deflating the Democratic self-image, and replacing it with an image of the conservative as the only option for thoughtful and realistic people.