The public accepts the imminent death of the West 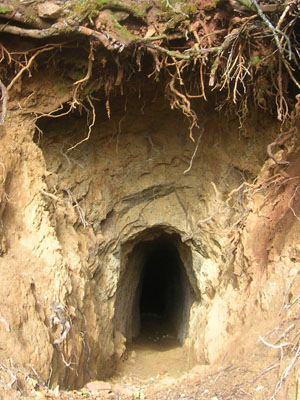 “Acceptance is half the battle,” they will tell you at therapy or addiction treatment. Once you accept, the theory goes, you can start to change.

Unfortunately the reality is that most people view acceptance as a kind of determinism: Oh. I’m a drug addict. Well, nothing to do but get right back to it. Are you using that spoon and needle?

Acceptance has a double edge to it. We remember the Greek tale of Cassandra like we remember most great literature and poetry, which is not because our teachers told us to, but because it’s just as relevant today as it was back then. These tales are eternal because they reveal something of the human condition, not the trends of the day or the condition unique to a single person.

Cassandra was a prophet who, thanks to the curse of a vengeful god, was doomed to have her prophecies be ignored by everyone around her. While some might blame the gods, in our modern analogue the fact is that no one wants to believe Cassandra because it’s more convenient for them personally to go into denial, say everything’s OK, and carry on with their individualist pursuits, which don’t require reality outside of commercial and social spheres.

In Cassandra’s case, as in our own, acceptance can take many forms. We can accept and ignore, accept and pretend we like it, or accept and recognize a need to turn our ship around and get on a better course. Not surprisingly, most are going to choose acceptance and inaction, because it allows them to continue being individualistic, even if they must adopt a self-pitying tone in order to justify it:

Looking down Central Park West, Iâ€™m thrilled by the necklace of green-and-red traffic lights extending toward Columbus Circle and the glittering tower of One57, that vertical paradise for billionaires. And as I walk past the splashing fountain in front of the museumâ€™s south entrance on West 77th Street, I recall a sentence from Edward Gibbonâ€™s ode to evanescence, â€œThe Decline and Fall of the Roman Empire,â€ in which â€œthe learned Poggiusâ€ gazes down at the remains of the city from the Capitoline hill: â€œThe public and private edifices, that were founded for eternity, lie prostrate, naked, and broken, like the limbs of a mighty giant; and the ruin is the more visible, from the stupendous relics that have survived the injuries of time and fortune.â€

This is our fate. All the more reason to appreciate what we have while we have it. – “Is This the End?” by James Atlas, The New York Times

The tone of this writing reminds us of innumerable NPR broadcasts. Essentially: once things were good, now they are failing. But how fascinating they are! How exciting it is to live now! And how fundamentally depressed we are: we never expected anything different. Thus the end is to us comforting. It means that our own deaths do not go unavenged. Everything is doomed, so celebrate these brief moments, and leave nothing but ruins for eternity.

This is a sickness of the soul and a blasphemy against life itself. It reeks of cowardice and self-serving fatalism born of self-pity. In this person’s eyes, the work of centuries should be undone because his personal “world” (judgements, feelings, desires) does not feel like getting itself up off the sofa and fixing a few problems.

What we are facing here is not the hand of Odin or Zeus smiting us. It is the consequences of our own decisions. Like all choices we make, we choose based on past results as compared to what we want to occur. Like all complex choices, when we make a bad choice and go down a path that is getting increasingly worse, we can re-trace our footsteps to where we went wrong and go down a different path. All of this is within our ability to choose.

The strangest part of this futurechildrensensation is that if one said it openly even just a few short years ago, it may have seemed irrational and alarmist; now, with empirical observations and the grim predictions of most credible scientists firmly in hand, it seems more irrational not to hold the view that the paradigm in which weâ€™ve been living is rapidly approaching its prophesied closure point.

This does not, of course, relieve us of the obligation to get up every day and keep trying to promote the values of peace and justice in our lives, communities, bioregions, and the larger world. The apocalypse is perhaps the ultimate â€œoff day,â€ but that doesnâ€™t mean itâ€™s also a day off. Whatever the ineluctable combination of fate and free will has in store for us mere mortals, it remains incumbent upon us to roll up our sleeves and work to avert the self-inflicted cataclysm weâ€™ve been relentlessly courting. Or, at the least, we might strive to appreciate the blessings weâ€™ve enjoyed and pass through the eye with love in our hearts and a song in our souls. – “Giving Back to the Future” by Randall Amster, CommonDreams.org

The worst part is that those who are speaking about collapse are wrong on two counts. First, the method by which they see it arriving is wrong; second, the results they foresee are wrong.

Collapse happens from within. Even if global warming is as terrible as the worst case scenario pundits think, it is survivable. We will adapt and move on. Even if the financial crisis is totally apocalyptic, it too is survivable. Countries survive worse every generation.

However, these are surrogates for the true problem of our collapse. The roots of collapse are not the economy, the climate or military. The source of our collapse is that we no longer share values, which is what happens when you let liberalism turn your society into a pluralistic, relativistic and individualistic ideological state. There is no longer any real bond between the people, only political, social and commercial ones.

That’s where we went wrong.

Collapse is not a sudden event. Once prosperous first-world countries become a Brazil- or Iraq-like third world country where lack of shared values means a giant open-air bazaar policed by warlords, where hygiene, rule of law, learning and abilities are low. This doesn’t happen because they import third-world people (although that is symptom of their decline). It happens because they no longer have anything in common. Things just fall apart when there’s no actual bonds to hold them together.

We don’t need to secede. We don’t need to lament. What we need to do is as the second article suggests: hit reverse, go back to the last turn, and get on a saner path, and then start cleaning up the mess so future generations have something to look forward to.

Ann Coulter is wrong about Mitt Romney | Mugged: Racial Demagoguery from the Seventies to Obama by Ann Coulter