Spreading the wealth makes it worth less 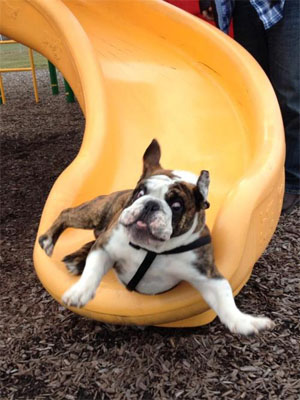 Water runs between these piles of sand. There is a finite amount of water, say enough for a depth of two inches, and it surrounds every pile and covers the finite space.

The decision facing us now is one of distribution. Our minds, which are wired to eliminate threats, would immediately suggest that we make a whole bunch of identical piles of sand.

This is what most adults by instinct do. On the other hand, a child or wild mountain man may make uneven mounds, perhaps creating a topography or some other whimsical difference.

Instinctively some part of us realizes that even mounds are a dead end. At that point, a peaceful uniformity (why not call equality by its real name?) will prevail.

However, at that point two problems emerge. First, there is no real possibility of change except to the unequal. Second, all mounds will be close to the water line, and thus unstable. Thus being equal may seem to be better on paper, in reality it offers an experience of lesser value.

The distribution of income is analogous to our piles of sand metaphor.

Our instinct is to want no one to be poor, and thus to want to even up all the little piles so that everyone has the same amount.

However, this doesn’t work for the two reasons mentioned above.

There is no real possibility of change except to the unequal. Your society will be entirely stagnant and will dis-incentivize people to improve themselves. The reward comes before the performance, so the performance becomes optional.

All mounds will be close to the water line, and thus unstable. You will have devalued money by reducing its ability to move us away from things that pain us in life. We will all be equally close to troubles, which makes us feel helpless.

There’s two another points that are harder to visualize but just as important:

We send a moral signal against adaptation to reality and self-improvement. Inequality provides an upward function by allowing society to separate good behavior from bad, and give incentive to the former while making the latter sting. This sends a clear message: this is our society, these are our values; if you act to further these values, you will be rewarded.

We eliminate selection on the basis of ability and replace it with popularity. Perhaps the most damaging consequence of equality is that we stop selecting for people who are more effective and efficient. This puts power in the hands of those who are less competent, not more. People who make more money (Kardashians aside) are generally more effective. Those are the people we want using our money so that they can keep it in motion and set up industries to create more wealth.

I’m no big fan of jobs. They are boring, mandatory, confining, pointless, boring, ugly and very political. However, the problem with jobs is that we’ve tried too hard to include everyone, which means that (a) we dumb down the job and (b) we make our currency less valuable, so we need to spend more time competing for it.

I’ve learned in this life through painful experience how in most cases, our problems are the result of us avoiding reality and not the result of some external force doing bad things to us. It’s the same way with the economy: our unrealistic instinct is to make the piles equal, which then paralyzes the economy, makes currency less valuable, and forces us to do more of what is unpleasant just to keep ourselves above water.

This metaphor is not simple. It reflects the highest level of abstraction with which we can view this issue. As a result, it always applies. It shows us the two choices we face.