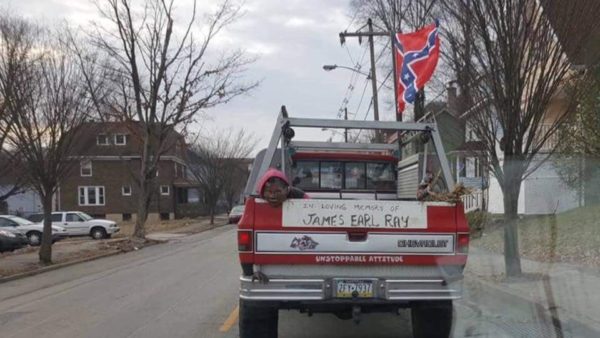 There’s been quite a bit of debate inside and outside the C.I.A. — what’s the agency’s mission now that the cold war is over and the Soviets are gone?
Everyone is pretending things haven’t changed. And by God, the scales have to drop from our eyes at some point.

What do you think this delusion is?
To connect the repression of however you want to describe movements for economic and social justice in this country with a hyped-up threat from abroad, and to try and link the two, and to attack both. I hate to sound like an old-line Stalinist or something, but. . . .

An enemy within?
Right.

While one should not trust Ames any more than a personified AIDS virus selling used cars, he makes a good point: after the fall of the Soviet Union, the American exceptionalism myth — refined by WWII to include opposition to nationalism — because a cause in itself, or rather, a national symbol we had to justify with some ideological basis.

Much like the SJWs to come after him, Ames explains “repression of…movements for economic and social justice” as a means by which a shadow government stays in power, implying that while there was an ideological similarity between domestic Leftism and imported Leftism (Communism), that with the fall of the Soviet Union, the lack of Leftist bad guys caused domestic Leftism to strengthen.

In this he is probably correct. America based itself on morality during its Revolution, arguing for “freedom” as a means of proving its own goodness. This exploded during the Civil War into moral signaling overload over the issue of slavery, which was a trigger of the war but not its cause, which was a power struggle between heartland and cities. After WWI, in the wake of economic collapse, the USA slid Leftward like the rest of Europe and re-invented its basic dogma of moral goodness (“American exceptionalism”) to justify its increasingly aggressive foreign policy.

After WWII, nothing remained of the original culture but this ideology — the white whale and one true ring of the human mind, an easy cause which makes the user feel more important than the physical world, like religion, martyrdom and science rolled into one… — which promptly took over in the 1960s after the triumph of the labor movement in the previous decade.

When the 1990s dawned, the only competing form of Leftism failed, and nothing united Americans except a belief in this moral/ideological supremacy. This carried them forward into a foreign policy based in conquest through commerce and culture where those who did not follow the plan were targeted much as Nazis and Communists once were, and bombed.

The election of Barack Obama took this moral/ideological complex to its greatest height, but the ensuing years saw theory after theory put into practice only to fail. Obama had the support of the nation and his party, but still failed by succeeding, leaving a trail of wreckage. The Brexit/Trump repudiation of the Obama years made it clear the postwar liberal democratic order was dead.

Ames touches on one vitally important thing: there is an enemy within, and it is defined by the fact that it is a conclusion in search of an argument, not the other way around. This enemy is formed of the need of the herd and its tendency to choose insane, sub-optimal and mentally convenient but inaccurate solutions over anything resembling sane policy. Unleashed by democracy, now it threatens humanity.