Theosis Is A Form Of Realism 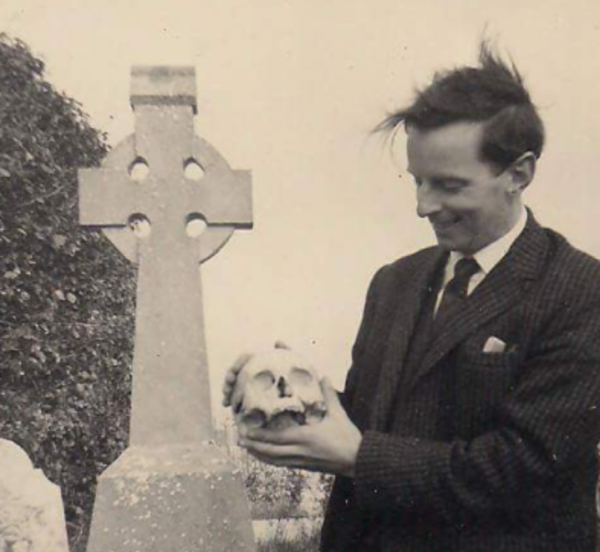 As part of the Platonist vision of conservatism, articles on this site frequently speak of the vision unleashed by the intersection of Platonic forms and Germanic Idealism, namely that recognition that the underlying substance of the universe is thought or thought-like. This is why idea, structure, pattern and logic that corresponds to the outside world are more important than immediate material obstacles.

This ancient philosophy lives on through hermeticism, but also in Christianity through transcendentalist thinkers like Johannes Eckhart. Hermeticism finds its roots in Hindu idealism which, as expressed in the Bhagavad-Gita, roughly mirrored the Greek and German versions. All expressed the idea of an order of nature based not in material position, but logical order.

Plato even took this far enough to speak of healthy civilizations, which recognized this order, as contrasted to unhealthy ones, which were in the grip of hubris or the brew of individualism, narcissism, solipsism and socially-empowered boldness — in which the approval of the social group matters more than reality, and makes us feel safe in denying traditions — which modern people exhibit, especially with their smug and prim attention whoring at political events. Plato wrote:

In the succeeding generation rulers will be appointed who have lost the guardian power of testing the metal of your different races, which, like Hesiod’s, are of gold and silver and brass and iron. And so iron will be mingled with silver, and brass with gold, and hence there will arise dissimilarity and inequality and irregularity, which always and in all places are causes of hatred and war. This the Muses affirm to be the stock from which discord has sprung, wherever arising; and this is their answer to us.

…When discord arose, then the two races were drawn different ways: the iron and brass fell to acquiring money and land and houses and gold and silver; but the gold and silver races, not wanting money but having the true riches in their own nature, inclined towards virtue and the ancient order of things. There was a battle between them, and at last they agreed to distribute their land and houses among individual owners; and they enslaved their friends and maintainers, whom they had formerly protected in the condition of freemen, and made of them subjects and servants; and they themselves were engaged in war and in keeping a watch against them.

…Undoubtedly, he said, the form of government which you describe is a mixture of good and evil.

Why, there is a mixture, I said; but one thing, and one thing only, is predominantly seen, –the spirit of contention and ambition; and these are due to the prevalence of the passionate or spirited element.

The most important line can be found here, in plain sight because very few people can understand it: “the gold and silver races, not wanting money but having the true riches in their own nature, inclined towards virtue and the ancient order of things.”

To be virtuous is to live in a perpetual state of contentment, and to be free from “contention and ambition…the passionate or spirited element.” The ego is the root of the passions; the nature of being “spirited” is to be rebellious against what the evident order. Plato is pointing out that greed and rebellion are one and the same force.

Even more, he is showing how there is an esoteric path to wisdom, namely that only those with gold and silver natures are going to understand the value of “virtue and the ancient order of things.”

From this comes the root of traditionalist thinking: worldwide, there are many religions, and they all describe the same world, so they converge — unequally, idiosyncratically — on the same “truths” or accurate observations about the world, both physical and metaphysical. When we recognize this, we see that history is indeed cyclic, or the story of humanity in an optimal state, its fall, and its attempt to return.

In order to effect our return to this saner state of human being, and to force our evolution into silver and gold again, we must begin with an evolution of consciousness toward extreme accuracy:

When Owen Barfield described the evolution of consciousness, he used ‘evolution’ in a pre-Darwinian sense of a developmental change analogous to the fertilised egg ‘unfolding’ to become a mature, adult organism.

What could this divine plan be? For many Christians it will be ‘theosis’ – or the process of Men becoming more and more like God; aiming at becoming Sons and Daughters of God.

Realism demands that we understand our world as it is and adapt to it, which first requires that we make our minds more like the world, a process that in turn leads to transcendental wisdom, or appreciation for the logicality and sanity of our world in presenting us with the best possible existence. Normally humans do not understand their world and so view it as crude, threatening and disorganized.

Theosis is a subset of realism. If God exists, He is part of this world, in idea or at least as a cause of the effect that is this world. If we study the patterns of this world and come to understand its (realist + transcendental) wisdom, we can then grow closer to God by achieving greater mastery of adaptation to the physical world around us.

What this means, interestingly, is that the “religion-first” approach to traditionalism is not going to work. What works is to enforce self-discipline on ourselves so that we accurately understand and adapt to reality, and religion will emerge from within that process instead of the other way around.