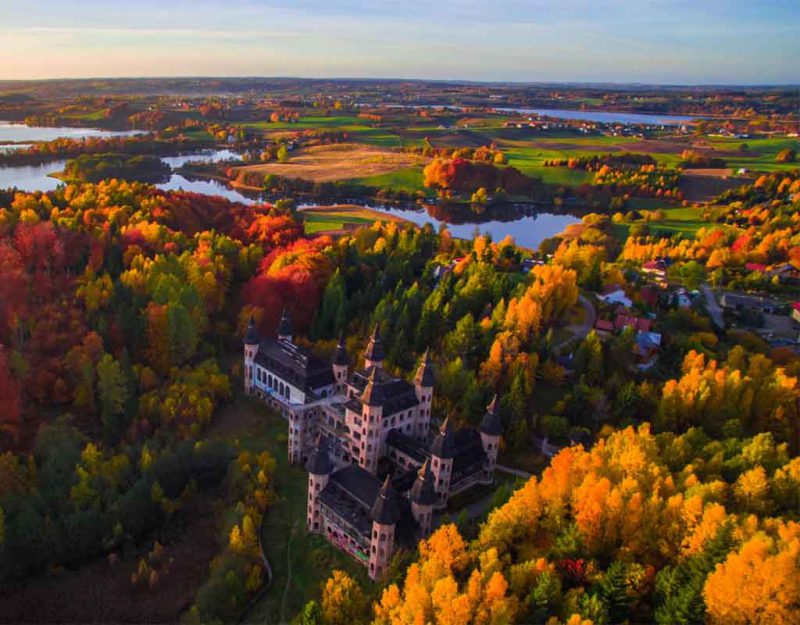 She comes out of the mist, in the midst of your despair, and lays before you a sword.

“I can unite your two halves,” she says. “The one that knows that the harsh must be done, and the other that overflows with goodwill for all humanity.”

“How?” you ask. “I want to be good to everyone, and to accept them for who they are, but I also know that society needs standards. No matter what I do, someone’s dreams will be shattered; someone will be excluded.”

“Only if you think of society as a single person,” she says. “Most humans think of the world as existing in themselves, because they know it from themselves, and so they fear thinking outside of collective action.”

Your brain cogitates on this, basically forming a circle in your mind: solipsism → individualism → utilitarianism → collectivism → alienation (and then repeat).

“If the world is not a single person, what do I do?”

“Like most things,” she says, “it is not a duality but a two-sided unity. You must borrow the acronym that gave me my name, Aene.”

ACCEPT EVERYONE
NO EQUALITY

“This means that like the hippies, you accept everyone as they are, but like the fascists and monarchs, you accept that a social hierarchy exists, and that lies within a natural order, which in turn reflects a divine order. There is no separate world for the gods and spirits; they float among us here, in other layers of what we know as real, in forms that our brains cannot comprehend and so do not see.”

“So this means I just accept everyone?” you say. “Like the homeless guy, the hipsters, the grifter politicians, the weird OnlyFans thots, the creepy fedora neckbeards on Reddit, and even… Anthony Weiner?”

She nods gracefully. “You accept them as they are, and do not ask them to change. You recognize, with the compassion of the Buddhist, that they are little self-interested animals like the rest, questing to survive, feel good about themselves, and after that, find souls. You realize that like the seeds of the forest most will become earth relatively rapidly and without much consequence, even the ones who seem to be the tallest now. You wish them luck in this regard, but that is it.”

“The Buddhists call it non-attachment,” she says, “but we know it by an older term: fate. They must own all of their choices and the consequences thereof. Therefore, the second part of my name — NO EQUALITY — means that you do nothing to raise them up, change their path, or control them.”

“But how does civilization function then,” you ask, “since you just accept anyone?”

She titters, a light sound like silver electric birds flying through a quartz crystal city. “The same way you choose friends, lovers, and plants for your garden: you pick the best and draw them to you. This too is the law of attraction; the order of your mind attracts like orders, both from the light and the dark, which refer to that which is aware of context and that which is sealed in its own bubble, respectively. Choose the good, and together you will do good, and then others can emulate.”

“What if they do not?” you ask with trepidation.

“They face fate,” she says. “They have made their choice. For them to fully inhabit themselves, they must now see how it turns out.”

“Then obviously, you draw them to you and you will defend them. Love and hate, benevolence and jealousy, all things are two-sided but not two separate natures. You cannot have hot without cold, good without evil, or light without darkness. In the same way, to attract something is to love it and to always act to protect it, nurture it, and advance it so that it proliferates. To hate something is to recognize that it is the dark side of what you love, therefore cannot be encouraged, or it will assimilate and consume what you love.”

“Obviously not,” she says, her soft playful laughter sounding like the wings of moths in the silence of twilight. “I chose you, and you attracted me, or rather, we attracted each other because you are ready for this message, and I love this message, so I want it to proliferate.”

“Is life so painfully… logical, cold, and calculating?” you say.

“Oh, yes,” she says. “That is the basis of love, not its flip side. It makes sense. Things which make sense function, and drive forward the growth of life and joy. Things which do not make sense — usually because they exist in a bubble of themselves — inhibit, impede, and damage life. The world is like a vast machine, a computer even, in which each part performs its logical calculations, and the whole derives great energy from them, or should I say, the recycling of energy through resilient patterns.”

“I suppose natural selection is extremely logical, and produces beautiful results,” you say. “But what about the soul?”

“It, too, is pure logic,” she says. “A pattern is forged which is resilient because it attracts things like it, and so it endures, forming the basis of one of the many cycles that create the whole. Too many to conceptualize counting them, they each serve a place in a structure, a hierarchy both tall and broad.”

“God is the non-center of it, the enclosure. He too follows the principle of AENE. He accepts all, and sees what fates await them, knowing that those which stay true to a path toward order, sanity, balance, and affirmation of the ascendant will persist, even after deaths.”

“Well, of course,” she says. “Like the seasons: a year is born, grows wild, becomes abundant, then looks over what it has and picks the best, then sleeps and awakes in a new world. There are many worlds, like many cycles. Your journey has no time, no beginning and no end. It is simply infinite, like the rest.”

With that, she reaches out with an absurd little plastic fairy wand and whaps you on the head with it. “You have been sleeping, now awaken. Anyone who has made it to the end of this article belongs in this message, breathing this reality, and going forth with its spirit of hope and independence.”

Nihilism (#1) | As The Thin Veneer Dissolves