A Parallelist Model Of The Universe: Specific Not Subjective 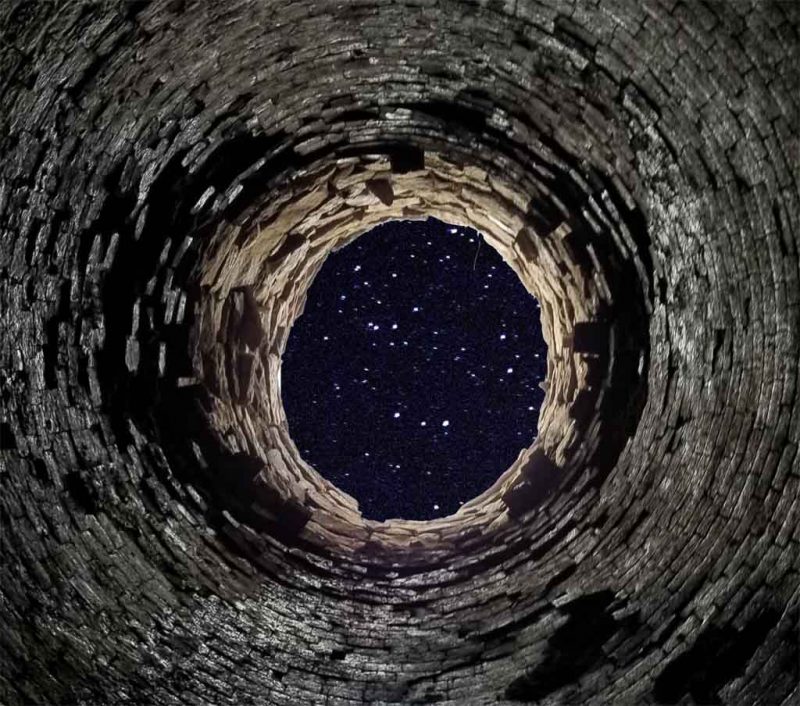 When thinking about philosophies of the future, it makes sense to choose something that reforms our most basic perceptions. Instead of aiming for civilizational transformation making citizens into equals, as egalitarian “social engineering” does, this approach aims to make our thinking clearer so that civilization emerges in greater health by our conscious and free choice.

As written in previous essays on the philosophy of parallelism, a future philosophy of this nature will have to take into account the non-duality of subjective and objective and express these as part of the same idea. Further, it will have to explain the esoteric nature of life, and how there are no universal truths, values, or communications without giving up on the universality of existence, reality, nature, and even the gods/God.

For diehard nihilists such as myself, this explanation comes naturally because we have already accepted the lack of universality because of the Dunning-Kruger effect, which applies to all people and not just dumb ones. Basically, some things require the ability to process more information than our brains can physically handle; these, then, seem like bizarre absurdist chaotic nonsense to us and we discount them. Smarter people seem to realize this is the case, which contributes to the Downing effect which spells out why, as Charles Darwin stated, “Ignorance more frequently begets confidence than does knowledge: it is those who know little, and not those who know much, who so positively assert that this or that problem will never be solved by science.”

The next phase after nihilism, however, may come from a fusion of the observations of Plato and Fred Nietzsche, in which we can see that the world while not “subjective” (a notion tied to solipsism) is also not “objective,” in the sense of being composed of a singular and absolute, universal truth. Recent experiments have clarified this state of complex reality:

Wigner’s original thought experiment is straightforward in principle. It begins with a single polarized photon that, when measured, can have either a horizontal polarization or a vertical polarization. But before the measurement, according to the laws of quantum mechanics, the photon exists in both polarization states at the same time—a so-called superposition.

The experiment produces an unambiguous result. It turns out that both realities can coexist even though they produce irreconcilable outcomes, just as Wigner predicted…In other words, the experiment suggests that one or more of the assumptions — the idea that there is a reality we can agree on, the idea that we have freedom of choice, or the idea of locality (“the choices one observer makes do not influence the choices other observers make”) — must be wrong.

As usual, science is oversold. This experiment does not prove what most readers will assume it proves, a fact which will guarantee its popularity. It does not say that these observers can have arbitrary conclusions about the nature of the world and have them be true.

The solipsistic human mind wants to believe that “the world is whatever you choose to see it as” or other nonsense of this nature. This expresses solipsism and nothing else. Your average person believes that they are the center of the universe and wants to keep it that way.

Also importantly, this does not say that an external world does not exist, nor that it does not have consistent tendencies. In fact, the whole thesis relies on the world being consistent and real, not a phantom of our minds.

It simply says that observers may see a particle in two different places at the same time and both can be right. This does not mean that observers exist in different worlds, but that our world is capable of more than “universal” truth.

Even more importantly, this does not say that the object being observed has different significance to those observing, only that a particle can be in two different places, which fits with what we know of the double-slit experiment from quantum physics.

How would parallelism view this experiment? It would say that the position of a particle is imposed by the act of observation, and that if we take these observations in parallel, we can note part of the range of movement of that particle.

Even more, however, it induces us to view the world through the notion of patterns. The observer influences the position of the particle by observing, and so it becomes fixed in one place; another observes, and fixes it in that place as well. These patterns formed of observer and object are not exclusive, but overlap.

However, more interesting possibilities emerge from this. It is possible that each observer forms a route to a certain scenario in which the particle is in a certain place, and therefore the other observer sees something different.

It is also possible that something like entanglement exists, where the observer is inextricably linked with a portion of our reality in which an association is made with the particle at a certain place. In other words, for it to be real, it must combine his pattern with the pattern of the world, and that predicts a certain location where the particle must be.

Perhaps we can even extrapolate this to some New Thought and see how the will of the human to organize his own thinking leads to a pattern in his mind that mirrors reality, and therefore injects as little chaos as possible, and he may find the particle at a different location than an undisciplined observer.

Even more, we may find that our methods of measuring miss the point. From the shoreline, a mountaintop appears to be at a different place than it does from a nearby mountain, or even the sea. Particles may manifest as matter but reflect a different underlying structure.

The entangled observer, state of the particle, and motion form a pattern. Each of these are relative to each other, and to the whole of all patterns, and so much like a speeding object, they change time, or perhaps the underlying space-time which is more like space.

We live in a world of mystery, and we should embrace that uncertainty. Even more, we should stop trying to look for universal, absolute, and “objective” truths, and focus on knowing metaphor and structure, since every one of our perceptions is an approximation anyway.

Parallelism suggests that there will always be multiple parallels of any situation, and whatever is true in common to a median point is a likely approximation of reality. This may mean that we never know where the particle is, only its general path, a pattern much like a dance or migration of butterflies.

In any case, our old ways have failed. The idea of the universal and objective has gone the same way as the notion of the super-subjective, or the solipsistic thought that we can make the universe a certain way simply by desiring it.

However, in our new era, we are coming into a time when mental self-discipline and focused thinking will be important. It could be that to see with any accuracy, we need to become like our world, and leave behind the humanism that is fogging our brains.