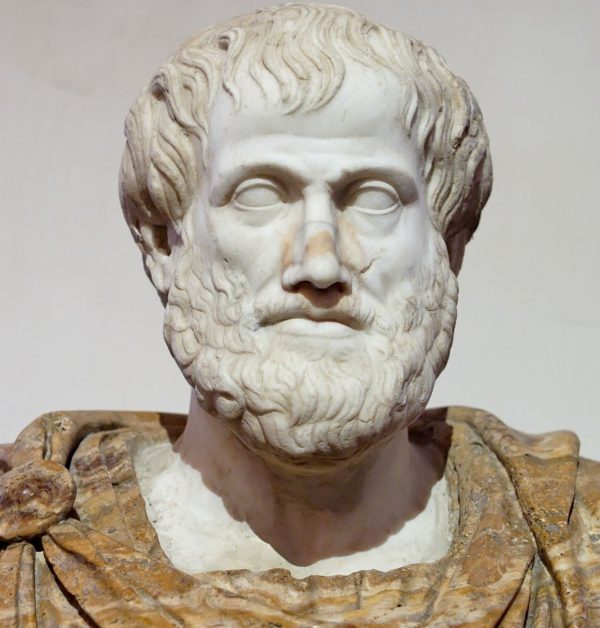 As longtime readers may know, I began writing about philosophy in the early 1990s first on USENET and bulletin boards, and finally on a series of websites whose political and philosophical writings are updated on Amerika. This created a path through Western knowledge which led to some surprising conclusions.

This path began with an attack on universalism as a human construct, with a preference instead for the universal of reality itself, in which we can find a pattern order which is more accurate as a predictor than material analysis. This led to a study of patterns and the order in which they moved.

From this came a philosophy known as parallelism, or the notion that patterns exist in parallel between material, energy and information. This in turn caused a delving into Vedic and German Idealism, or the idea that reality behaves in a thought-like matter or is composed of something like thought.

Parallelism also suggests a handful of other applications: human efforts are best in a decentralized way, with different ideas and groups being tested independently to find the best results; that metaphysics and physics are parallel, or obey the same logical order and pattern language; that actual diversity requires separation and exclusion; that future, past and present are iterations of cycles, not distinct gestures arising from themselves.

To read more, you will have to search out my second book, when it hits print.

In the meantime, parallelism can be introduced through an analysis of an essay by Joseph Kerrick:

The logical system of what has become a global culture began with (or at least was first formalized by) Aristotle. He said:

That is, given any hypothetical object ‘A,’ our choices of observation about it are that it’s either ‘A’ or ‘not A.’

Sounds obvious, doesn’t it? A self-evident truth, just like the observation that the Earth is flat and the Sun travels around it.

The flaw in the argument is the concept of “either-or.” It makes the distinction between ‘A’ and ‘not-A’ totally absolute. In this axiom, which forms the foundation of Western logic, there is no room for the equally logical (if less plausible) assertions that the object is:

Both A and non-A
or
Neither A nor non-A.

And furthermore, there is not even space for a scale of gradation between ‘A’ and ‘non-A.’ If ‘non-A’ is ‘B,’ this may seem eminently plausible; but if it’s ‘C,’ then it becomes apparent that something is missing, and even more so if ‘non-A’ is ‘Z.’ Thus this axiom of Aristotle became known as “the law of the excluded middle.”

In this, we can see the essence of the parallelist attack on universalism: human universals do not reflect the order of nature, which is nuanced and overlapping.

Technically, we can solve for Aristotle by proposing a cascade of inheritance: category A thus becomes the smallest distinct category of objects, and there are other categories which are associated as hybrids or partial participants in A. This creates a “cascade,” or series of enclosing concepts from broadest to narrowest, with A being narrow.

Another way to tackle this is to look directly at his objections, and see where they are wrong. If an object is “both A and non-A,” the category is malformed and indicates human projection. In other words, for something to be of category A, it must have traits that exclude everything else.

Similarly, the attack on Aristotle misses the point of objects which are “neither A nor non-A.” This presupposes that non-A is an opposite and not merely an exclusion. These objects are non-A because they are not A, not because they are its antithesis.

For example, category A is airplanes. We define these with the usual traits. Someone invents a boat with wings, and says that it is both A and non-A, when in fact it is a new category with some hybrid aspects of A. And then there are automobiles, which are neither A nor anti-A, but this has no bearing on A; automobiles are non-A just like chickens.

However, the real point of his essay is to discuss gradation, as follows:

For indeed, the blackest black in real life contains some white, and vice versa. Even the dead “void” of deep space contains a wild atom or two per cubic meter. Nothing is ever really completely ‘A’ without a little ‘B,’ ‘C,’ ‘Y,’ or ‘Z’ mixed in – i.e., ‘non-A.’ In the garden of earthly realities, is there ever a red that blooms completely red? Doesn’t even the reddest rose have a subtle hint of magenta? Was there ever a violet without a wisp or two of blue? The “middle” (viz., the quantum of otherness) arbitrarily excluded by Aristotle’s law is substantial indeed – yet the whole of Western mathematics and science is founded upon the fantasy that it does not exist.

He is looking for human categories to be absolute and to contradict the nature of reality. When we refer to space as a void, we are using shorthand; when we describe it, our definition is an array of negations, namely that it is a space which does not contain certain objects we recognize. This does not mean that we analyzed for all objects, and so to proclaim it an absolute void is to make the same reversed cognition error that most humans do, namely to select facts that fit a theory instead of finding a theory to fit the facts. We are instead saying that for the array of objects we recognize, they are not present in the void, so we use the shorthand to reflect what we do not know about it instead of what we might.

In the same way, he is demanding that “red” be an absolute color value, like an RGB triple, instead of seeing that red is a human category used to describe the predominant trait of the flower. In a parallelist view, we say that the flower is red but add modifiers: it is a deep red, an orange red, a bluish red (that is the magenta). If there is more blue than red, we say the flower is blue, but then add the modifier that it has undertones of red. This should tell us the simple truth: language is not category, and category is not designed for single attributes alone, but to reflect a pattern.

For example, a species which produces red flowers may have some flowers that are magenta, but on the whole, the species produces flowers that are mostly red, so this is the perception closest to our perspective as individuals in the field, and we use it as shorthand.

Where categorical logic fails, and this is what Kerrick is hinting at, is a tendency to be ahierarchical. This is where the cascading view of categories used in parallelism comes in; objects can be in multiple categories at once, with multiple attributes and modifiers. In other words, there is no universal context. In a laboratory, we can define red as a certain wavelength on a spectrum; in the context of the field, a flower is red if it is more reddish than not. The category here is not designed to operate in an absolute and universal space like the solipsistic human mind.

Furthermore, parallelism recognizes the multiple categories and hierarchical levels of any object. It may be a plant, and also a medicine; humans may be incarnate, and also metaphysical; we may exist in time, and also outside of it. The misreading of Aristotle is improved by a motion toward Plato, who relied less on such absolutes and more on description of patterns as inter-related balances of internal tendencies. These are the parallels of any object; it has multiple attributes, held in balance by a common function it serves, which implicates a hierarchy. For example, a chair exists to support a human, and thus its legs can be of varied height or shape so long as they achieve that role. A stump is still a chair, if one is able to escape universalist categorical thought.

This may clarify the parallelist analysis of categorical language and its limitations, but also the necessity of categorical analysis in pattern order as a means of discerning one form from another.