Applying The Law Of Attraction To Dying Societies 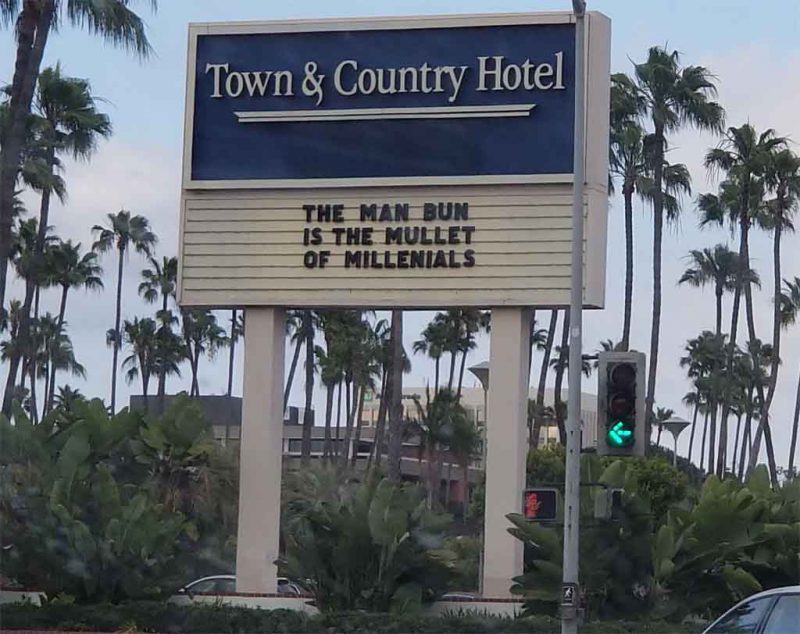 Social media will teach you to detest human behavior because you will see its worst extremes. Lately the negativity of people on these sites has driven me nearly off of them. Nearly every post of some Leftist outrage is met with cries of “RIP Europe!” or “This is the end!”

Let me tell you, this chicken little stuff does not help anyone, nor is it accurate. There is an even bigger reason to avoid it involving the Law of Attraction which we will get to in a moment, but for now, let us focus on realism. Are these statements true?

No, because at any moment, Europe can turn this around, and that is what terrifies its leaders. If even 2% of the population overcomes its bickering and attention whoring for a few moments to form a unified front, the government will collapse and be replaced.

The new government can easily repeal the stupid laws and programs that make modern life a true hell. They could even do something very sane like abolish democracy and make a peaceful transition to monarchy. They can repatriate the invaders by sending them back the same way they came here, in boats across the Mediterranean. If any of their new host nations complain, Europe can justly view this as unfair, and a few thermobaric bombs lobbed into capital buildings later, have compliant receptors for the immigrant wave in North Africa.

This freaks people out more than anything else. It is not that all is lost, but that we are losing everything because we refuse to stop. None of these tasks are that complicated, nor are the steps required all that radical. In fact, most of it simply involves undoing “radical” — against the learning of history — rules created in the past.

All of that serves as prelude, however, to the Law of Attraction. This law, which appears in every major religion and philosophy, simply states that what we focus on influences what the world then issues to us. If you think positive, you get positive results, at least to the degree that fit your place in the order.

We can see how this has precedent in nature if we detour into a little bit of weird science:

Basically, waves that pass through two narrow, parallel slits will form an interference pattern on a screen. This is true for all waves, whether they’re light waves, water waves, or sound waves.

But light isn’t just a wave, it’s also a particle called a photon. So what happens if you shoot a single photon at the double slits? Turns out, even though there’s only one photon, it still forms an interference pattern. It’s as if the photon travels through both slits simultaneously.

…The idea behind the double-slit experiment is that even if the photons are sent through the slits one at a time, there’s still a wave present to produce the interference pattern. The wave is a wave of probability, because the experiment is set up so that the scientists don’t know which of the two slits any individual photon will pass through.

Observers in this context make themselves into participants. Their act of observing, which changes the informational content of the universe slightly, makes them one of the actors forming this little scene; that in turn means that the other parts and actors react to them.

Light, which is in theory formed of particles, behaves like a wave when unobserved because it remains in a potential state, or a range of possibilities which we cannot identify without observing them. When we see the results, it is as if we are looking at the outcomes of many incidents, layered on top of each other.

With an observer, the particle gains a sense of direction at the beginning of its journey, and behaves as an observer would expect it to. The Law of Attraction shows us that observation influences matter, and that in turn, the act of thinking — changing information in the mind which is part of the universe, thus the universe as well — can influence how events turn out in reality.

Consider that information, energy, and matter are convertible:

Imagine a box filled with air but divided in half by a barrier. Maxwell’s demon is an imaginary being capable of opening the barrier to allow fast moving molecules through while closing it for slower ones.

Eventually, the fast moving molecules end up on one side of the barrier which becomes hotter than the other side, even though no energy has been added to the system.

The question is whether or not Maxwell’s demon violates the 2nd law of thermodynamics which is that heat cannot flow from a cool to a hot system by itself.

…There is no conventional transfer of energy into the system: no heating or accelerating of molecules or some such. Instead, information itself seems to be the medium through which energy is transferred.

If you wonder why our universe is relatively low-entropy, here is one reason why. Thought allows material to be sorted instead of remaining in a random state, which seems to work against thermodynamics until we consider that the observer is contributing work and having an influence on a much larger system.

However, this rule does not fit into the hippie paradigm of everything being groovy. Like a rifle, it follows where you point it. If you visualize a future with a high degree of order and adaptation, which we might call “good,” results will follow; if you think in dark and hopeless terms, you will get more of that.

People trapped in dying societies tend to get locked into depression cycles. They are happily oblivious until one day they notice a system-wide exception to the Narrative. Then, they fall from grace, and disbelieve all that is around them and that they have been told.

When they rise again, they are on the Other Side and can see exactly how flawed the assumptions required for our modern life — democracy, utilitarianism, equality, pluralism, diversity — are, and how these are anti-realistic and therefore will eventually provoke a collision with reality.

They also see how most people are oblivious or willfully ignorant of these things, preferring to have a good time today at the expense of all tomorrows, and to ignore the fact that someday there will be a comeuppance and all that they know will come crashing down around them.

At this point, most of what they see in daily life will be horror to them. All they see will be moribund and suicidal. Their thoughts become dark, and they project darkness, and soon they self-destruct as anti-heroes or live on as sad and lonely people, punished for the Promethean awareness they snatched from the sleeping gods.

Right now, the tide is turning. After almost a half-millennium of neurotic Enlightenment&trade thought, humans are snapping to the awareness that individualism fails but unity wins, and that even more, we need unity of civilization to have beauty and thus unitive thought with the universe around us. Until we fix this, we all feel bad.

However, we need to stop feeling bad in order to snap out of this, and instead view the possibilities of life as positive. The universe tends toward positivity, and solutions that work instead of human illusions, so it is on our side. We just have to embrace the Law of Attraction and focus on what we want, instead of what are living that we do not.

And what do we want? Our vision does not have to be perfect, but essentially: an end to the constant infighting of democracy, a society ruled by benevolent noble rulers, a social order that keeps the good above the rest, a strong culture that binds us and shows us how to live, and a knowledge that we will be rewarded for doing good.

With those in our hearts, we can dream of something better and through that dream, both escape the pointless and wrong negativity — things are going our way, in the long run — and draw the good and beautiful toward us, much as we will someday make it become real through the work of our hands.