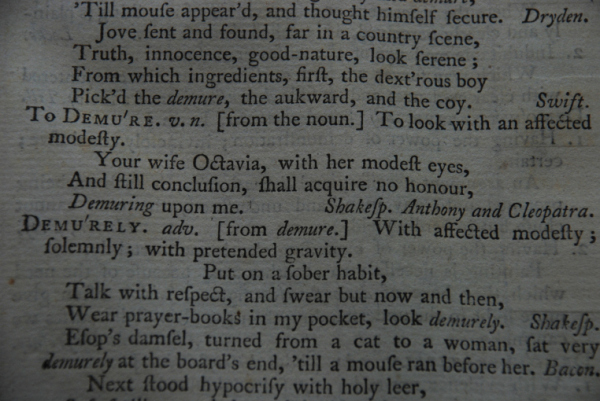 Sometimes it helps to have a few basic terms spelled out in the simplest form possible. While this article does not attempt to dumb down any of these ideas, it does give you the elemental structure, although you – the reader – will probably have questions owing to the elusive nature of many of these concepts at initial contact.

Removal of value that is not directly relevant to reality. We exist in the same world, and interact in ways that can be predicted, given a study of repeatable actions and responses. Therefore, while we can noodle on about whether or not reality is “real,” it is for all intents and purposes as real as anything can be. Nihilism is a belief in nothing, which if you unpack it linguistically, means a positive belief in the value of nothing. Nothingness can be applied to all of our neuroses, fears, impressions, and the illusions produced by poor interpretation of our own senses. What is left is a clearer view of reality. We may never have 100% clarity in viewing our world, but the closer we get the more powerful we become. Thus nihilism strips aside anything that comes between us and a perception of structure and context in the world. Most of these “preprocessor directives” originate in our emotional and socialized responses to the world, which demands we categorize certain actions as “good” or “bad” for the sake of keeping all of us here in the crowd on the same page. Nihilism is not a belief system for followers, although many followers claim to believe in it. It is like Zen consciousness: a removal of illusion, a focus of the perception facilities, and a joining of the imaginative and analytical minds. In doing so, we transcend our position as individuals and mortal beings, and are able to see the world as it is, infinite and continuous and extending far beyond our own lives.

This term is almost indefinable, but it refers to the internal relationship of parts that forms a whole to any given thing, and the transfer of energy or support of form therein. When we speak of a chair, its structure can be summarized as a certain number of legs supporting a platform which in turn supports a chairback; no matter what the chair looks like, this physical relationship will be expressed. Structure does not exist; it is our perceptive mind finding common relationships between objects; however, structure also quasi-exists in that its functional relationship is essential to the existence of objects or events. Structure is what we see in abstraction when we look at things in our physical world. While anyone can call something a chair, it takes mental energy to understand what makes a chair a chair, and how to build one. Theory is the study of structure. Plato suggested in his famous metaphor of the cave that we see shadows cast by a fire as our metaphorical reality; outside the cave, there are objects, and in our minds these leave silhouettes which are structure.

That part of the world which is external to us, and consistent, and provides sustenance to us and takes our lives as it sees fit. Specifically, its description as physical objects or structural concepts with immediate correlation to physical objects. (Translation: the world outside you, minus your thoughts and emotions and blue book valuations, et cetera.)

When one looks at life analytically, it is clear that it has many different parts which operate best in certain contexts; to think non-linearly is to understand that each has its place contributing to the whole, operating in parallel. Crowdism is the desire expressed by the greatest number of us, who have no facility for leadership and no ability to think past the direct consequences of their actions, for linearity, so that none are above or below others. It is an emotional response to the inequality of nature, and is oblivious to the fact that in nature equality is achieved through the singular beauty of life which can be experienced by all. Crowdism is a revenge impulse which wishes to destroy those who have exceptional abilities or who have risen above the crowd; it is the ultimate in-group, out-group response. Crowdists by definition do not think of long term implications to their potential actions, and thus are terrible rulers, but as they think emotionally and their thinking is limited to their own desires, they wish not to have any above themselves as they find it insulting to their generally low-self-esteem personalities. While anyone who is incapable of seeing beyond the immediate consequences (linear thinking) of their actions is an Underman, Crowdists are those who take being an Underman and make it into a political statement: tear down the superior, exalt the inferior, and we’ll all be “equal.” Unfortunately, emotional reactions fare poorly in the real world, as it is much more carefully constructed than some out of control cognitive dissonance resopnse, and therefore, as history shows us, Crowdism destroys every civilization where it gains predominance. However, it seems Crowdism is a part of the life span of every civilization, usually immediately preceding its demise into third-world status, because as civilizations grow their citizens take them for granted, and seek to “improve” upon a model they do not understand as they have not known struggle. Crowdism, then, is like getting fat: a result of idleness and lack of clear view of reality. Crowdism can take on any host, whether Communism or National Socialism, Greenism or Christianity. The only response to Crowdism is an insistence upon meritocracy, including of bloodlines, so that one can create a leadership caste which sequesters the detailed knowledge necessary for rulership. However, the only kind of society that can maintain such a caste is one with a rigorous ascetic tradition, and a desire to remove the excessive mediocre people who will otherwise gain a numerical majority, demand “democratic” representation and thus overrule those better suited to lead. The previous sentence is a servicable description of what has happened to the West, and why it is now in crisis.

This term is misunderstood: in the philosophical sense, it means a belief that the physical world is all that exists, and all that is valued. Interestingly, this precludes idealism, because in a materialism view, nothing can be higher than material good/bad, thus comfort is more important than some ideal or abstract goal. Materialism is the belief of cosmopolitan (no inherited culture) and Judaic societies worldwide. It has never been adopted by any group with a clear ethnic lineage and connection to land and a form of universal spiritual belief.

The belief that life operates much as our thoughts do, and that it is likely they have a common ancestor; this opens the door to analysis of the mathematics behind existence, which at its most abstract level is the foundation of metaphysics. Idealism as a prescriptive belief places a higher value on correct thoughts than on material consequences; it is the opposite of materialism. As a descriptive belief, it affirms that evolution and our own scientific method of thought have similar origins and function. Idealism is the one truly masculine belief system, in that it operates as follows: 1. Analyze world. 2. Determine optimum structure. 3. Impose it upon physical reality. 4. Death is no defeat. It suggests the possibility of a higher plane of continuous structure to reality, whereby our thoughts join with the thoughts of the world, in a combination between analysis and imagination. Interestingly, European knights and Zen masters and quantum physicists all seem to stalk this same plateau of understanding.

Undermen (if you’re an Underperson, you’ll demand we use that gender-neutral term) are those who resent others and believe we should all be equalized. They do not recognize that every state in life is holy, and that the collaboration of these states produce the whole. They have the idea that somehow rats are evil, the anus is evil, death is evil, etc. without realizing that these things are essential to the survival of something better than good, which we call “meta-good,” a state that requires both positive (good) and negative (bad) elements in order to keep going. Without death, life would be endless pointless time. Without defecation, more eating would not be so beautiful. Without rats, the forest would clutter with waste. To be beyond good and evil is to recognize this relationship, and to embrace your life whatever your stature – wealthy businessman, plumber, janitor, soldier, or homeless crack-addicted bum. Undermen come from every social class, every walk of life, and every persuasion. It is an attitude. Higher-bred Undermen are more capable, and thus more destructive; Undermen are produced through tribal mixing, as it shatters the contiguous evolution of a specialized value system in the individual, and leaves them to invent their own, which, unless they’re a philosophical genius with lots of free time, usually ends up being some form of Crowd revenge or another (Jesus Christ, V.I. Lenin, George Bush: high-bred, mixed-breed Undermen). Those who accept their stature in life without revenge and look upon life as holy are not Undermen, even if they’re impoverished crack-addicted homeless bums. Those who wish revenge and resent those who have better abilities or traits than themselves are secretely revengeful against nature and life’s order itself, as they distrust and fear evolutionary process, and they are Undermen, even if they’re fantastically wealthy, good-looking and surrounded by admirers. For the observant, this is nature’s justice: character and internal will are the only judgments of worth that matter, because all else is window dressing.

Any belief which externalizes its structure of advancement, which by the nature of external things as unpredictable, requires it have a single layer of approval. Any organization, church, or social club where if you walk in the door and sign on the dotted line and are considered a member, by its nature, is exoteric. It is a linear form of belief.

Any non-linear belief system, such as one that internalizes its structure of advancement. These systems tend to be open to all, and recognize that only inside of the individual – heart and mind – can advancement be made. They are direct opposites to exoteric systems.

The knowledge that there is no single linear “right way” of doing things, but any number of approaches to a problem, and that they can exist if segregated, as they do not mix. What may be right for one group is evil for another; what may work for one person is evil for another; what may be perfect at one moment is destructive in another. For some people, living like reckless hedonists and dying young is the perfect fulfilment of existence; for others, living conservatively and growing old surrounded by family is. In Israel, Judaism and the Jewish ethnicity are perfection; in Germany, they are destruction. It is for this reason that ethnic groups do not combine, social castes do not combine, and some individuals will never understand others. What is important is recognizing that working in parallel, we achieve the perpetuation of this amazing, beautiful world.