9/11 Revealed the Failure of Diversity 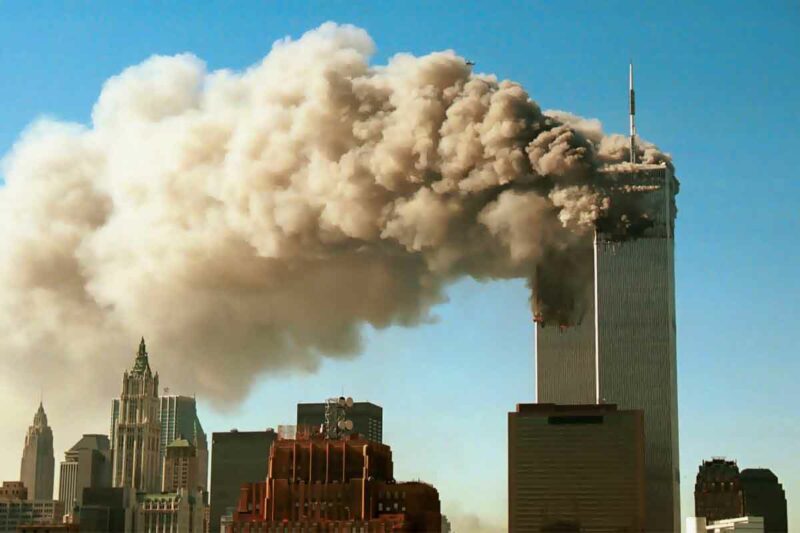 Over two decades after the event, we should acknowledge what September 11, 2001, did for the West: it showed us that diversity had utterly failed.

America remained a WASP-run nation despite little detours into Kennedys and Carters, up until the Clinton era, at which point the Civil Rights movement — seemingly the cornerstone of Baby Boomer belief — took over and diversity became the highly promoted reason for our presumed exceptionalism.

During the early years of the Clinton administration, America prospered. NAFTA and globalism injected new money into the markets, products got cheaper, and life was good. By the second Clinton term however, as always happens with Leftist demand-side economics, marginal costs outweighed production and the system sagged.

At the same time, what America had previously had to offer in the form of a nice stable Anglo-Saxon nation became replaced at the hands of government by an Affirmative Action country. Suddenly minorities were highly visible and the Left began to complete its takeover of institutions on the backs of minority votes and bureaucrats.

By the time 1998 rolled around, not only the economy but national spirit was moribund. The last recognizable America from the 1980s had been erased and replaced with an ersatz substitute where nearly everyone was incompetent, there was nothing like a national culture, and hope for the future had dwindled to negativity.

As always, far too late the voters sort of woke up and tried to get the Reagan-era feeling back by electing George W. Bush. However, he was no Reagan, but instead the new breed of conservative that embraced diversity and wanted to work with the Left to make a nation where “everyone” was comfortable.

In the midst of this confusion, hijackers from the middle east took advantage of the current “expert” wisdom regarding hijackings. Like what they told rape victims, the advice was not to fight back but instead to accept demands, because statistically this was thought to bring about the best outcomes.

However, these hijackers did not want to be flown to a nearby city to negotiate for the release of their comrades in jail. They wanted to destroy the economy, and they did it by striking enough major targets to show that post-Anglo America had no ability to respond to threats except by crying and offering concessions and subsidies.

As the smoking ruins fell, America launched itself into two initially successful wars which effectively moved the terrorist activity to the middle east. It adopted a Patriot Act which allowed unprecedented surveillance of its own citizens in order to head off any terrorist activity.

Later, in the spirit of diversity and globalism, these wars became occupations which were notoriously unsuccessful as democratic nation-building activities tend to be. They wanted no part of the toxic brew of Civil Rights — diversity, promiscuity, drug use, pornography — that spilled out of the obviously dying system in the democratic West.

For the keener observer, 9/11 told us something of vital value: in a diverse society where individual expression is the highest goal, government cannot restrict the activities of enemies foreign and domestic. Alien races, ethnic groups, and ideologies including fundamentalist religions walked among us daily.

This meant that our anti-racist policies protected those who would harm us. If you mentioned that it was odd that middle eastern men were at your flight school learning to take off and fly but not land, you were called “racist,” and so no one did, much as no one spoke up during the epidemic of grooming and rape of 1400 girls in Rotherham, UK.

Even more it became clear that in a society lacking mono-ethnicism, the only way to avoid constant outbreaks of violence was to spy on everyone constantly to separate the terrorists from the everyday people who supported them on the sly.

Further we saw revealed just how little national spirit was left. As patriotic conservatives tried to rally, every group from the Irish through Africans who had a grudge against the historical American nation started celebrating the decline and vying for power. Clinton had finished off a once-great country with diversity.

The lack of national culture converted government into a job. It made no sense to speak up for the nation, since it no longer existed, but made great sense to work for your own personal advancement by telling people lies about how “progress” was succeeding instead of failing hard as it obviously was.

A darkness fell over the land. Conservatives want to blame the 9/11 hijackers, but they did us a great favor: they showed us how diversity erased culture and introduced constant conflict, resulting in a civilization of selfish bourgeois careerists who did not care if their actions harmed the nation or others.

Diversity made America into a “me first” nation where we all did what benefited us and if someone else suffered as a result, it was their hard luck. Entitlements created citizens whose only motivation seemed to be extracting more wealth through welfare, riots, crime, and lawsuits.

Although a public show of patriotism and forever war kicked off and stayed with us for nearly two decades, this was a case of slamming the barn door after the horse was gone. That horse, WASP America, had been dethroned and replaced with the 1960s radicals who were supported by the new majority, the non-White diversity.

Functionally historically ignorant from going through schools which dumbed down curriculum to include the newcomers and made it Leftist in order to salve their feelings of inferiority, newer generations knew nothing of the Know-Nothings and American Nativists, certainly not enough to realize that these groups were right all along.

They could not identify Andrew Jackson out of a lineup, nor realized that before William F. Buckley conservatives routinely discussed social class, race, and ethnicity. They did not realize that the French Revolution and its spawn in Marxism provided the historical spin that they assumed was “objective.”

With Clinton, the 1960s won and Civil Rights took over from all other goals in government. This created a ruined society that, when revealed by the September 11 terrorist attacks, could do nothing but go through the motions and mouth the highly-edited platitudes of the past, now adjusted to signal “diversity is our strength.”

All of that led to Barack Obama being elected and gutting government to the point that it consisted of nothing but yes-people so that by the time COVID-19 came around, the experts and bureaucrats united in a chorus of fear in order to advance their own careers despite knowing that the virus was not the pandemic as portrayed.

At this point, the remaining functional people in society keep going through the motions, assuming that the world is as it was when they were young. However, America and Europe are not the same; the people who made these systems work were gone, replaced by cynical manipulators and Affirmative Action profiteers.

No one can pretend that this system works any longer, and many acknowledge that diversity ruined America, although never in public. We no longer hear “diversity is our strength” in every speech because no one believes it. But no one believes that we have any future, either, and we all look on newer generations with a fatalistic sense of sadness.

9/11 revealed all of this to us, but very few wanted to accept it. Life is easier when one keeps pretending that the system is working, and so the majority simply get more Leftist and more obedient to their corporate jobs year after year, repeating the dogma that “we are all one” in an attempt to just make it through.

We face an even more extreme test now. We in the West either choose to return to our Western identity, yeet Civil Rights, and end diversity, or we participate in our own suicide, attempting to appease, buy off, and subsidize a problem that grows year after year until there will be no space left for any of us.