Ghosts of the early morning 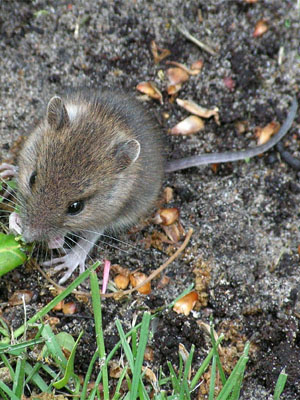 They come out to play, when the coast is clear, like mice, scavenging in the dark, seeing what there is to find, encouraged by the lack of light.
Clattering across counter tops, drumming tiny claws on hard surfaces. Leaving traces of themselves, as they go.
Many fear them. Some are fascinated by them. A few care for them, realizing that they, too, are a part of whatever it is that goes on, all around them, all the time, even while they sleep.

What happens to all those hours, days, weeks and years, that once were, but are no more? Where do they go when they are no longer now? Do they live on, somehow, or are they extinct, like vast dinosaurs, whose fossilized bones remind and strike awe into the unsuspecting?

All those things you might have done, but didn’t. All those people, whose lives you might have touched, but chose not to. Those women you might have loved, but were afraid to, imagining rejection. The chances that lay there, waiting for the bravery that you didn’t have. Now all that remains are the memories of vague regret at things that might have been, but never were.

A life, even inexpertly lived, is a long, long thing, indeed. It is nothing like “too short”, as is so often claimed. Too short for this, too short for that, when really, it is nothing of the sort. It is, in fact, eternal, and even at its very shortest, is exactly long enough. For what? you wonder. For living, comes the reply. Since living is not a length-of-time-dependent thing. It is life, for as long, or as short as it is life. Leaving only the question of what it is when it goes away.

There is a gateway, between this world, and the next. Between this life, and the next. Cunningly designed and constructed, so that none may pass, who remain unprepared. And life is this preparation. Just long enough. Are you preparing for your inevitable rendezvous? Don’t worry. You have time. Always just enough of it. But be sure to do it, before that time is passed. Because, although there is never any hurry, it is a one-off deal.
Do, or die.

Have you learned, yet, to face what comes? To exceed the urge to panic, and run? To relinquish control, in the face of the uncontrollable? Can you do that? You’ll need to.
You’ll stand, one day, at the gateway, where the identity-crusher waits. Will you face it down, calmly, or will you run, screaming, begging for mercy, desperately hoping to wake up? What will you do when you discover that, this time, it is not a dream?

The ghosts of the early morning.
There to be met with, chatted to, shared with, once in a while.
There for a reason. Like it, or not.
Good, bad, beautiful and ugly: all things to all men.
The lives we lived, still present, like the tail of a comet.
Never catching up, but never left behind.