Review of Gravity of the Game by Jon Del Arroz 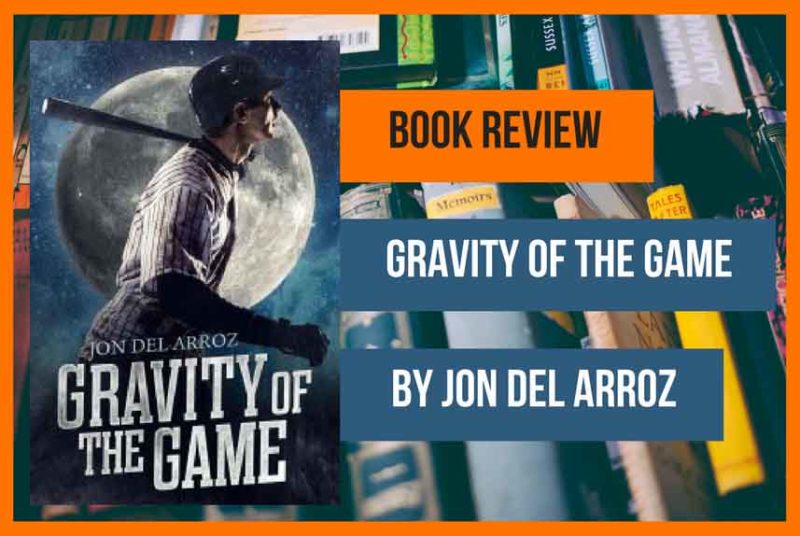 Well we’re the Uprising Review, so here we go with a long overdue review. Recently Jon Del Arroz published a short novella on baseball. Actually it’s about baseball on the moon, and I love that he has so much passion for the game as it made Gravity of the Game so much fun to read. Additionally, and just to make it clear, Jon is a friend of Uprising so take this as you will.

First of all, I’m sick of reading books about things people clearly don’t care much about, and that’s what I’ve been running across a lot lately, especially from the big publishers. Most of the books I’ve bought this year I’ve not finished because they are written with the same pseudo-intellectual, MFA trained, generic pen. That’s not the case with Gravity of the Game. Del Arroz clearly loves baseball and writes about it with joy. I’m not sure how much he follows off the field baseball, but this book makes me think he is one of those guys who really enjoys even the off season politicking of the game. He probably has a favorite umpire. In fact, the off the field drama is the majority of the story. Hideki Ichiro is a former baseball MVP turned commissioner of the World Baseball League. But he isn’t quite the leader he needs to be. Revenues are down, the owners are revolting against him over territory between Teluca and Mexico City, and the players’ union is winning more victories over the owners than they like. Only one thing can be done to save baseball in the eyes of Hideki and his few allies: expand the league to the moon, and place a team in Luna City.

The trick though, is how to put baseball on the moon with its decreased gravity. It would be impossible were it not for a physicist named Dr. Joshua Gray from the University of Michigan and Karen Egli, of EdgyCola a major sponsor of the league. I’ll not give away the plot, it’s pretty good after all. But a lot of what we read isn’t baseball, it’s behind the scenes maneuvering, in fighting, and an owner trying to remove Hideki from his position as commissioner. This being a novella there isn’t much time to develop characters, but Del Arroz has done a good job in creating Hideki, even if the lesser characters are two dimensional. It’s a novella so that’s not a big complaint, just part of the territory. But I did feel like Hideki was a great character and would love to see him in a full on novel of this really interesting plot.

And that brings me to something I thought I would never read: a sports novel. And technically Gravity of the Game is a novella so I still haven’t, but I would have loved to read this as a novel. It was that good. It was so good that a guy who begged his parents to not make him play baseball in Little League, that would be me, even thought of watching some baseball playoffs this year, or at least the last game of the World Series. There is even last moment in the epilogue that kind of made me weep a little. I’m not giving it away though, you’ll have to read for yourself.

First of all, there isn’t much to complain about. But there seems to be a touch of the “strong female character” in the book as one of the main characters saves the day by stepping up and providing a kind of deus ex machina ending. I’ve spoken with Jon on many occasions and consider him a new friend. We’re in a couple of the same Discord servers and I speak with him sometimes, so I know he isn’t a male feminist, but his novella does have a touch of the mind virus. Other than that, there really isn’t much I didn’t like. Though the ending is very sudden and I would liked to have seen how the space between the denouement and the epilogue evolved. This could have easily been a short novel, which I would have loved even more.

One thing I spoke with Jon about today during an impromptu drop in while Stephen and I were recording a podcast is the lack of description in the characters. He does that intentionally, and allows you to fill in the description as you like. Some will like this, personally I would like a little more visual description.

All in all I highly recommend that anyone who likes baseball or sci-fi give this a read. It’s an unusual combination, sports and geekiness, but that’s okay and frankly I think there is potential for a new sub-genre of sci-fi to be established. I’m hoping to read more like Gravity of the Game in the future.